The Bromance Book Club, in which some macho athletes use romance novels to improve their real-life relationships 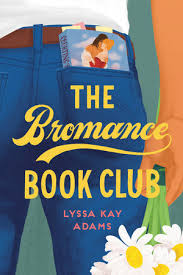 Plot: Pro baseball player Gavin Scott has a beautiful wife, Thea, and three-year-old twins, and what he thinks is a perfect life until he learns his wife has been faking orgasms since their marriage.  Hurt and ashamed, he moves out and Thea asks for a divorce.  Drinking himself to oblivion in a motel, Gavin is visited by his best friend Del and several other athletes and Nashville notables who urge him to join their secret group, which uses romance novels to improve their ability to understand and please the women in their lives.  Gavin is skeptical but has no better options, reluctantly accepting a pile of romance novels, including Courting the Countess, a regency historical that has some parallels with his situation.  Under the tutelage of this ramshackle group, he persuades Thea to let him move back in for one month, with the goal of winning her back.  During this time, he will try to show he understands her needs, convince her of his love, and cope with those who don’t want Gavin and Thea to have a HEA . . .

My Impressions: I don’t remember who recommended this book to me but I usually enjoy contemporary romance with a sports theme and found this entertaining and often amusing, if not quite as charming as I had hoped. While the source of Gavin and Thea’s problem is meant to be funny, their real issue is that they married quickly when Thea was pregnant, and the lifestyle/absences of a professional athlete put a strain on their marriage while they were still developing their relationship.   Now they have to decide if they want to work through their problems or just bail.

Thea and her sister Liv both have a lot of baggage from their parents’ unhappy marriage and divorce.  Their father is about to remarry someone close to them in age and their mother’s bitterness has rebounded on her daughters.  Gavin also (although this is less convincing, given that he is a handsome, talented athlete) has struggled to believe he could find a loving relationship.   The premise of the story is that until they can share their feelings and their troubled pasts, there cannot be a true meeting of the minds.  Thea also has a lot of resentment that Gavin’s job takes him away from home a lot and she dropped out of college after their marriage (not sure why as they can certainly afford a babysitter if she wanted to continue her studies either full or part-time).   Although Gavin’s attempts to woo her are sometimes poignant and sometimes funny – as when he takes her on a date to a craft warehouse to show he understands her interests, and his buddies stalk them in disguise), it takes Thea going to her father’s wedding to understand some truths about her own marriage, not to mention a grand gesture from Gavin to work everything out. I definitely enjoyed this enough to read the second book about Thea’s sister!
Off the Blog: It was a busy basketball weekend with two “eyelash wins” by the Crimson over Princeton (61-60)and Penn (69-65), and a disappointing double OT loss by the University of Chicago to Brandeis (cheering for a family friend).  I managed to squeeze in a few hours at our VITA tax site as well.

Deep State, a White House thriller in which a young woman investigates a conspiracy against the President 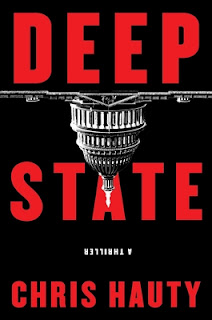 Plot: Hayley Chill, who joined the military to get out of West Virginia yet sends most of her salary home to her family, is now beginning an internship at the White House.  Driven and patriotic, she is more mature than the college students with whom she is sharing projects and distinguishes herself from the beginning.  First, she helps bring down a trespasser on White House grounds and then when a jealous colleague tries to sabotage her work, she saves her boss from embarrassment and impresses him and the President.  However, when her boss dies suddenly, Hayley is the only one who wonders if it was more than a natural death.  Soon, she has uncovered a conspiracy that threatens the President, and anyone – such as Hayley – who gets in the way, in a thriller that seems realistic enough to be true . . .

My Impressions: I had read a great review of this book so put it on my 2020 list, and I enjoyed it enough to keep reading until I finished it at 3 am.  The plot could be pulled from current headlines, and Hayley is an entertaining heroine because she is intrepid, confident, resourceful, and is not ashamed of being from small-town West Virginia.   Hayley is not as cartoon-hero invincible as Jane Hawk, in the Dean Koontz series I recently enjoyed, although she seems to triumph almost effortlessly.  Fans of David Baldacci will enjoy the political overtones, the intricate plotting, and the pursuit scenes.  Deep State is not as compelling as books by David Baldacci, which often disarm the reader with humor, and I found one aspect of Hauty’s style quite annoying.  His omniscient narrator (for want of a better phrase) sometimes warns the reader of the unpleasant fate of certain characters in the future ("Ten years later she would become a televangelist and would defraud her followers of millions of dollars"). This is a mistake because it disrupts the narrative and jolts the reader out of an absorbing story. Better to keep us reading!

Off the Blog: It’s the annual New England Betsy-Tacy Halloween Party today, hosted by Judith in her beautiful Worcester home where every piece of furniture and bric-a-brac has a story. I am bringing spinach squares. 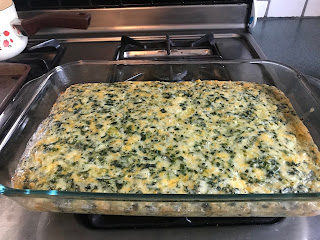 The Mirror & the Light by Hilary Mantel                                March 2020
This is the final novel in Mantel’s trilogy of historical novels about the life of Thomas Cromwell, and will cover the final four years of Cromwell’s life, starting with Anne Boleyn’s execution in 1536, and (spoiler!) moving to his own execution for treason and heresy in 1540.  And she'll be in Boston on March 20th!  Unfortunately, I know from a family member that she is quite unpleasant. 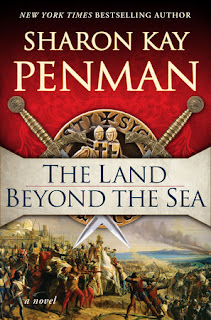 The Land Beyond the Sea by Sharon Kay Penman                 March 2020
From the critically acclaimed New York Times bestselling author Sharon Kay Penman comes the story of the reign of King Baldwin IV and the Kingdom of Jerusalem’s defense against Saladin’s famous army.  I have been a huge Penman fan since the summer I spent in DC, poor and only allowed to check out two books at a time by the library.  I bought The Sun in Splendor for $1 on the street and, entranced, made it last an entire week.

The Jane Austen Society by Natalie Jenner                            May 2020
Chawton was the final home of Jane Austen, one of England's finest novelists. Now it's home to a few distant relatives and their diminishing estate. With the last bit of Austen's legacy threatened, a group of disparate individuals come together to preserve both Jane Austen's home and her legacy. These people—a laborer, a young widow, the local doctor, and a movie star, among others—could not be more different and yet they are united in their love for the works and words of Austen. 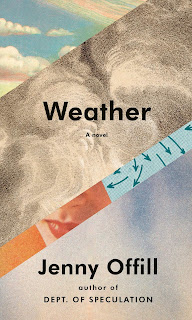 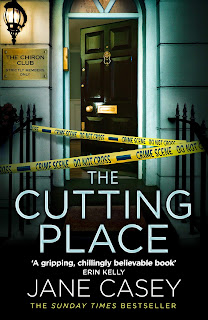 The Cutting Place by Jane Casey                   February 2020
In book 9 in the series, DS Maeve Kerrigan finds herself in an unfamiliar world of wealth, luxury and ruthless behavior when she and her partner Josh Derwent investigate the murder of a young journalist, Paige Hargreaves.

The Hunting Party by Lucy Foley                    February 2020
During the languid days of the Christmas break, a group of thirtysomething friends from Oxford meet to welcome in the New Year together, a tradition they began as students ten years ago. For this vacation, they’ve chosen an idyllic and isolated estate in the Scottish Highlands—the perfect place to get away and unwind by themselves.  Soon one of them is dead. 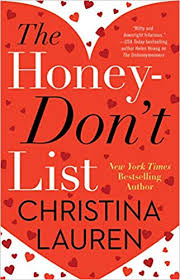 The Honey-Don't List by Christina Lauren                 March 2020
A romantic comedy about what happens when two assistants tasked with keeping their bosses’ rocky relationship from explosion start to feel sparks of their own.  This book was in high demand at ALA Midwinter and the S&S minions at the show would not give me a copy!  Having been a minion in my day, I could usually judge the real fans and would sneak them an ARC if they were nice to me.

The Midnight Lie by Marie Rutkoski                           March 2020
Nirrim lives in a restrictive world where people of her low status follow grim rules, so she hides her secret and stays out of trouble.  But then she encounters Sid, a rakish traveler from far away, who whispers rumors that the High Kith possess magic. Sid tempts Nirrim to seek that magic for herself.  I hope I like this as much as her Winner's trilogy. 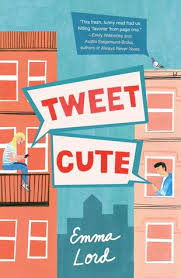 Tweet Cute by Emma Lord                                         January 2020
When Pepper and Jack find their family restaurants in competition for ownership of a legendary grilled cheese recipe, they become locked in a Twitter war, filled with snarky memes, that goes viral. But tweeting with the enemy shouldn’t be this fun. Will their online battle move to an IRL romance neither of them expected?

More Than Maybe by Erin Hahn                                May 2020
Growing up under his punk rocker dad’s spotlight, eighteen-year-old Luke Greenly knows fame and wants nothing to do with it.  He hides his musical talent but has another secret. He also has a major un-requited crush on music blogger, Vada Carsewell.

Fighting Words by Kimberly Brubaker Bradley          August 2020
A powerful novel that explodes the stigma around child sexual abuse and leavens an intense tale with compassion and humor.   This was the book I most hoped to find at ALA Midwinter and I was rewarded!

The Second Midnight, historical fiction about an English boy's survival in Nazi Europe 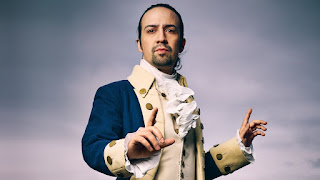