The Second Midnight, historical fiction about an English boy's survival in Nazi Europe

Happy New Year and wishing you many delightful reads in 2020! I am enjoying seeing other people's "Best of" year-end lists, ev... 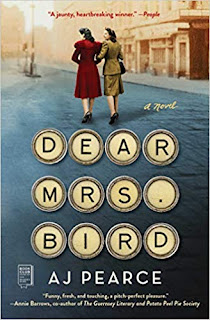