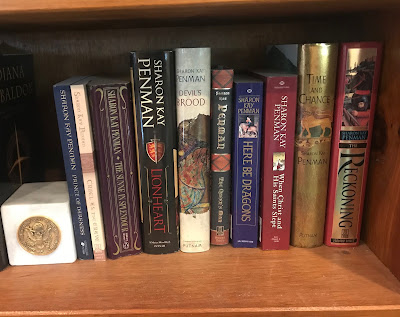 I desperately wanted to work in Washington, DC the summer before my senior year of college and my father helped me get a job with Congressman Joseph Moakley.   Hardly anything went the way I had (naively) expected.  I was not a "glamorous" Congressional Intern but assigned to sell flags in the House stationery store, nowhere near any elected official.   My sister’s godmother had said I could stay in their guest room but at the last minute, she needed it for her in-laws.   I wound up with a relative who was going through a bad divorce and after a couple weeks, we had a falling out and I couldn't stay there.   Luckily, I had made a friend, so I slept on her couch for two nights, borrowed money, and got a room in a building called Alban Towers, which I think was overflow Georgetown housing, across the street from beautiful National Cathedral.  I survived on peanut butter crackers.  There was a sink but no refrigerator or kitchen.  There were cockroaches.

Eventually, I developed a group of friends who liked to go the Tune In for inexpensive drinks and outstanding French Fries and to the Day Lily restaurant at 2142 Pennsylvania Avenue (also known as the Chinese Disco) for shag dancing, which salvaged the summer (although I was acutely aware I did not own a Malia or Lilly Pulitzer sundress).  But the worst thing was that I had no money and no books!  The DC library did not want to give me a library card.   I think I had to bring in two pieces of mail before they would relent and even then I was only allowed two books at a time.  Torture!

One day, desperate, I paused to look at a street vendor’s table of books.  I didn’t like the grubbiness but I saw the words “A sweeping tale of passion and treachery set against the pageantry of Royal England” and I remember thinking, “Well, that could be any reign!” as I picked up The Sunne in Splendor by Sharon Kay Penman.  $2 for a completely engrossing, well-written and well-researched story about Edward IV and Richard III, set during the Wars of the Roses.  I forced myself to make it last a whole delicious week (it was her first book and took her 12 years to write).  I was already on Richard's side due to Josephine Tey but now I was also a Penman fan for life. 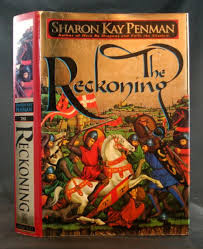 Once when we were discussing historical fiction, I told this story to a lovely woman named Pat Sado  (sadly, deceased young) who was the fiction buyer for Coliseum Books in New York and I was her Penguin sales rep.  About a year later, I came in for my monthly appointment and she surprised me with a brand new copy of The Reckoning (complete with ribbon bookmark), the third in Penman’s Welsh Princes trilogy, so new that I hadn’t even known it was out.   Is there anything more thoughtful than someone remembering your affection for an author and going out of her way to give you pleasure?  (I burst into tears when I began reading because of the death of an admired character but sometimes that happens.)

Penman has a brand new book that I bought at a nearby Barnes & Noble in March, the weekend before the Stay-at-home Advisory began in Massachusetts.   The Land Beyond the Sea is set in the 12th century about the reign of King Baldwin IV and the Kingdom of Jerusalem’s defense against the army of Saladin, the famous Muslim sultan who opposed the Crusaders.  I’ve been waiting for an uninterrupted moment or two (it’s 666 pages) to sit down with it because, as another fan observes, Penman’s “books should never be gulped, only savored.” 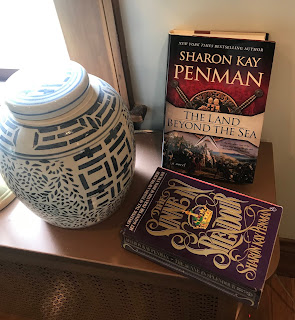 If you like historical fiction, you can’t do better than Penman (who is a fellow alumna of Rutgers School of Law).   Most of her books are set in the 12th and 13th centuries, which may seem alien to readers unfamiliar with that historical era and a list of characters is helpful, but she is so gifted at characterization that the reader is captured from the first page.  I plan to read The Land Beyond the Sea and then make room for it on this bookshelf.   I suggest you join me and maybe by the time you finish there will be a vaccine!
Posted by CLM

I have one book by Sharon Kay Penman, The Queen's Man, A Medieval Mystery. I have not read it yet. That one is on your shelf. Did you like it?

I think a friend of mine recommended Penman's historical mysteries, but I never followed up on other series. I am interested in Eleanor of Aquitaine, which at least one of her series is about, I think?

People have been recommending Sharon Penman to me for 'years' and I never have got around to reading any. I do like the sound of her new one, a very different setting for me which would be very interesting I feel. I enjoyed the story of your time in Washington DC!

I hadn't heard of Penman but will look for her once I make some progress on my TBR piles. Great story about your internship -- I'm so sorry you got stuck in the gift shop! I desperately wanted to be a Congressional page as a youngster and was terribly disappointed that my local politician was a new representative and claimed he didn't have enough clout to get one appointed. Then a few years later I heard that my piano teacher's daughter got to be a page for not one but TWO years, which was then unheard of. I guess it's all who you know, right?

I haven't read any of her books but as I seem to be in a historical fiction mood at the moment it sounds like the ideal time to begin reading her books. Thanks for telling us a bit about your own history.

I did like The Queen's Man, Tracy, although I am usually very picky about historical mysteries. Like you, I am partial to Eleanor of Aquitaine! Did you ever read A Proud Taste for Scarlet and Miniver? A brilliant children's book about Eleanor!

Cath, Karen and Katrina, a Penman book is an investment in terms of time but really transports you away! I haven't started the new one yet: I will admit that these days it is easier to concentrate on shorter or lighter books.

Karen, I too wanted to be a Congressional Page! Had the Internet been available then I am sure we could have figured out how to apply on our own and then got the necessary recommendation. I think I was persuaded that the Page school would not provide the type of education I was getting in Boston but I had really forgotten all about it until your comment. My desire to spend the summer in DC must have been partly the remnants of my ambition to be a page! There was also a boy involved - and then he went and spent the summer elsewhere.