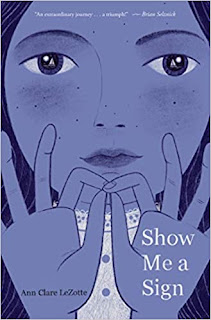 Plot: Mary Lambert has grown up on Martha’s Vineyard in a community that has consisted of deaf and hearing individuals for generations. Mary is deaf but has never felt isolated because nearly everyone she knows uses sign language.  However, lately, she has felt sad and lonely; her family is still grieving the unexpected loss of her older brother George, and Mary’s grief is intensified by her belief she caused his accident.   When a researcher comes to the Island to investigate the Island’s deaf culture, he assumes she is not intelligent and it is the first time Mary has been treated as having a disability.  When he decides to use her as an experiment, Mary must rely on her own skills to save herself.
My Impressions: Based on a true story, this is a beautifully written book about a courageous and self-aware heroine who refuses to let anyone treat her as disabled.   The author creates a vivid picture of a small community in which a curious eleven-year-old has been intellectually challenged and developed an integrity that refuses to allow someone to be falsely accused, even if it destroys a friendship.  Mary does not rail against her deafness but against the opportunities provided only to boys, such as attending Edgartown Academy for year-round learning, although she likes her village school teacher and learning:

I stop and write whale in the sand with my stick.  I love words, but they confound me too.  The way my mind thinks is not just in signs or English word and sentences, but in images and a flow of feeling that I imagine resembles the music I’ve never heard.

However, Chilmark has its own challenges: prejudice by the Vineyarders against the Wampanoag Indians, whom some characterize as dirty and dishonest and fear of losing their land (land disputes are still an issue).   This is exacerbated by fear that  Mary moves between both worlds and realizes that Sally, a Wampanoag girl, is not that different from her, needing a private place to think and fond of nature.  She is also able to calm George’s horse, which misses its master. 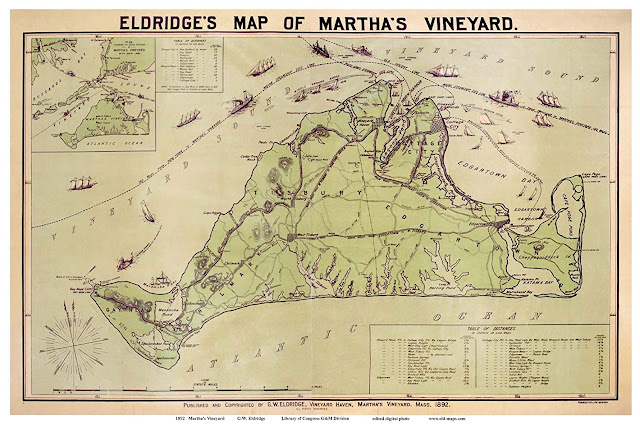 The greatest harm that the researcher, Andrew Noble, causes Mary is not physical – he makes her feel helpless, to grasp how ignorant people view her as not being intelligent, and to fear being put in an asylum.  The reader is terrified with her as her liberty is taken away.  Ultimately, it is Mary’s education and innate intelligence, and her capacity for friendship that makes a difference in this unusual and appealing book.

Source: Library.  This is a good book to read at a time when one needs more understanding of others and is simply a great story.  It started slow but by the end I was on the edge of my chair.
Posted by CLM

Wow, that sounds like an intense read. I can't think of anything I've read where a deaf person is the central character and that seems very remiss of me *but* it also strikes that authors don't write much about deaf people. I will look into this one.