It's Not You, It's Your Books

While this essay certainly rings true, I think women are often impressed by men who read books, especially fiction. Like Time And Again... And I much prefer someone who sincerely enjoyed the DaVinci Code or P.G. Wodehouse than someone who carries Proust around.
Posted by CLM No comments: 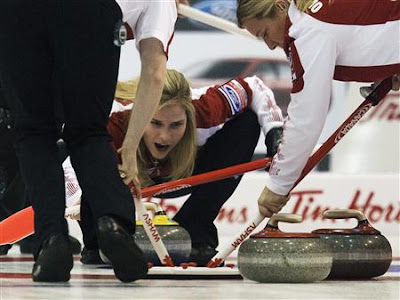 The only thing I find surprising about this story is that he had milk in his car, and that this all took place in Salisbury, Connecticut where my grandmother used to live...
Posted by CLM No comments:

March Madness To Cost $1.7 Billion In Lost Work! But don't look at me - I was hard at work when the president of my firm poked his head in to say hello today. . . however, if Duke had been playing it might have been another story!

Email ThisBlogThis!Share to TwitterShare to FacebookShare to Pinterest
Labels: Duke

Judge Portrays McCartney's Ex As 'Out of Control'

This judge certainly loved Paul McCartney and had nothing but contempt for Heather! It's a pity she turned out to be such a psycho since most people just want Paul to be happy. I remember seeing him come out of a building on West 56th Street around 1992: I was walking down the street from the Mysterious Bookshop and noticed the crowd, then asked someone what he was waiting for. He told me Paul had gone into the building and hadn't come out. This exchange was being repeated up and down the block, and many others, like me, suddenly stopped hurrying to appointments and simply stood on the sidewalk waiting. I don't think it was more than half an hour before he appeared, waved at us all in a friendly way, then got into a car and drove away. It was somehow quite satisfying to be just a few yards away from him although I wouldn't describe myself as a Beatles groupie.

The expresssion used by the judge - "Mills 'flagrantly overeggs the pudding'" - sounds so much like P.G. Wodehouse!
Posted by CLM No comments:

It is easy to be annoyed with the post office for its ever-escalating prices, but keeping prices down is difficult when use is also declining. Right now the post office is trying to coax people back to snail mail by offering people the opportunity to send a free card. Try it! 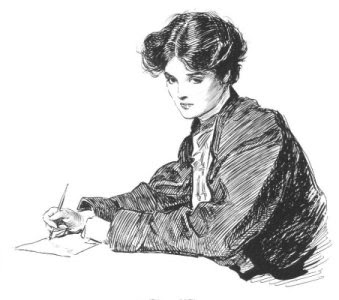 For Elswyth Thane fans, there's also a chance to win a trip to Williamsburg!
Posted by CLM No comments:

I have always felt I didn't have much in common with the New Yorker, and my grandmother would tell you even the cartoons aren't very funny any more. I remember my mother telling me when I was a child that New Yorker fiction is selected after their editors purposefully lose the first page and last page at the photocopy machine, and my limited reading of said fiction has done little to change this impression.

Nevertheless, I was amused to hear that Janet Malcolm had been praising Gossip Girl. I wouldn't exactly say that Gossip Girl is a guilty pleasure because once you have read one, you have read them all, but at any rate - in my mind at least - contemplating the average New Yorker reader avidly reading about Blair and Serena is amusing... I don't think I would have been enamored of Gossip Girl as a teen: I am sure I would have preferred Janet Lambert (and still do).
Posted by CLM No comments:

See below for the description of the woman who reads passages aloud in a Masterpiece Theatre voice. It reminded me of a woman (sadly, now deceased) who would read aloud from that month's book, sigh loudly, and tell us she had gone to great lengths to find the book in French or Russian so she didn't miss anything in translation...

Rachel Jacobsohn, who literally wrote the book on book clubs -- The Reading Group Handbook-- estimates there are now more than a million literary discussion groups meeting regularly in this country, from the oldest one in Chautauqua, N.Y., to the one your officemates started this morning. Given that you can't swing a library card without hitting somebody in a book club, the most surprising thing about "The Book Club Play" is that no one thought of it before. Karen Zacar¿as's new comedy, which runs through March 2 at the Round House Theatre in Bethesda, should make every book lover laugh (and cringe) with recognition. Zacar¿as includes all the reading-group regulars: the aging jock who never reads the book, the mousy woman who's too shy to say what she really thinks, the African American who's invited because she's "full of diversity," the (barely closeted) snob who drones on about his literary insights, and especially the queen bee, who reads passages in her Masterpiece Theater accent and tries to control the group with ever more maniacal schemes. They're all here in this zany collection of staccato scenes that take place in various living rooms during the club's final, disastrous year.
As you might expect, area bibliophiles have been drawn to this play like bookworms to paper. Round House marketing and public relations manager Sarah Pressler says at least 60 book clubs have bought blocks of tickets to see the show.

It's a great reminder that the Washington area is packed with active reading groups. And we'd love to hear from you: Tell us about the book that sparked your group's best discussion. We'll make a list of the titles and post it on our Web site with your comments. Send your suggestions to bwletters@washpost.com. Put "My Book Club" in the subject field. Include your city and tell us how long your group has been meeting.
-- The Editors
Posted by CLM No comments:

Tea with Eloise at the Plaza sounds fun although $60 per person is absurd, even for Eloise...

Email ThisBlogThis!Share to TwitterShare to FacebookShare to Pinterest
Labels: Eloise, tea, The Plaza

Harvard came so close to beating Cornell in Cambridge (Allston) on February 15th but did not put up much of a fight in Ithaca on 3/1. However, it is great to see a team that isn't Penn or Princeton win the Ivy League and qualify for the NCAA Tournament, and some day it will be the Crimson, now that they are led by Tommy Amaker. I was glad SportsCenter showed the Big Red clinching their birth and celebrated their unbeaten Ivy season, although sad to see my forlorn players in the background. I pity the poor parents who followed the team to NYC and Ithaca this weekend - very depressing.
Posted by CLM No comments:

Baker Books, in Southeastern Mass., is sponsoring a one day trip to NYC to spend a delicious day in Greenwich Village visiting bookstores, including the Strand. How fun!

I know New York well enough so I would rather do that trip on my own but I am convinced I am missing out on a lot of bookstores on Cape Cod, and would welcome suggestions where to go there. I did find some books in the basement of (I believe it was) the Centerville Library but haven't been to any used bookstores.

Today I took a break from work to go to a library book sale in Dedham, MA, where I found little for myself but quite a few things for my nephews, when they are a little older (it was $4/bag so there was no reason to put anything back, except a juvenile version of Gideon's Trumpet, which I couldn't imagine anyone reading although I did hesitate, having just been to hear Anthony Lewis speak). I have always dismissed Dedham because the public schools are weak, but I drove by beautiful homes, both very historic in the downtown area near the library and court house, and large, more modern ones between on High and Common Street as I headed for Route 128. Of course, one errand led to another and yet another, and I never made it to the gym...
Posted by CLM No comments: