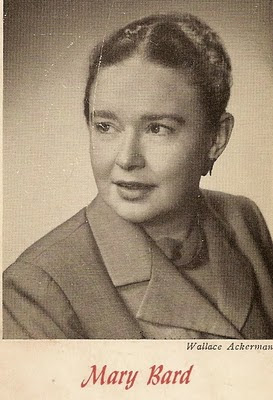 Well, not really. Betty MacDonald, known also as the author of The Egg and I, was merely the gifted creator of the Mrs. Piggle-Wiggle series. However, her sister, Mary Bard, was also a writer. The dust jacket of Best Friends at School provides this photo and bio below: 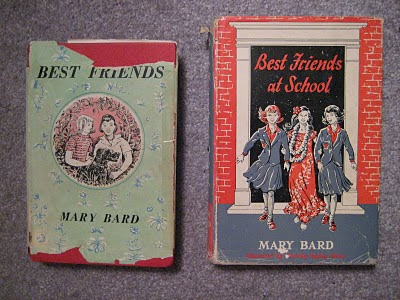 The oldest daughter of a mining engineer, Mary Bard was born in Montana. Her father's work caused the family to move so frequently that she went to kindergarten in Mexico City, first grade in New York and second grade in Colorado, and did not complete one uninterrupted year of school until she was thirteen. Later, she studied at the University of Washington in Seattle.


In addition to her "Best Friends" books for young readers, Mary Bard is also the author of three books for adults: Forty Odd, The Doctor Wears Three Faces, and Just Be Yourself (a memoir about her experiences as a Girl Scout leader).


The author and her doctor husband have three daughters and live on Vashon Island near Seattle.


Thanks to Peter Sieruta and his blog, Collecting Children's Books, for sharing news of these and so many other authors I enjoy.
Posted by CLM 8 comments:

It was actually fun to watch unless you were a West Virginia fan, a Duke hater, or a gambler with the Mountaineers and 2.5 points.
Posted by CLM No comments: