My congressman, Barney Frank, is the funniest member of the House - even in moments of crisis like today, when he was obviously very upset:

"Give me those 12 people's names [who were going to vote for the bill but then voted against it] and I will go talk uncharacteristically nicely to them and tell them what wonderful people they are and maybe they'll now think about the country."
Posted by CLM No comments: 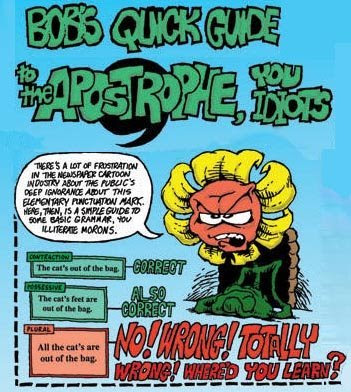 I certainly know a lot of people who could use this poster, some of them with multiple degrees but apparently little common sense... You can buy the poster here.
Posted by CLM No comments:

WASHINGTON—People with only cell phones may differ enough from those with landline telephones that excluding the growing population of cell-only users from public opinion polls may slightly skew the results, a study has concluded.

The finding, in a report this week by the nonpartisan Pew Research Center, may increase pressure on polling organizations to include people who use only cell phones in their surveys. While many major polls including The Associated Press-GfK Poll already interview cell phone users, some do not, largely because doing so is more expensive.

Earlier studies -- including a joint Pew-AP report two years ago -- concluded that cell and landline users had similar enough views that not calling cell users had no major impact on poll findings. The new report concludes that "this assumption is increasingly questionable," especially for young people, who use cells heavily.

Combining polls it conducted in August and September, Pew found that of people under age 30 with only cell phones, 62 percent were Democrats and 28 percent Republicans. Among landline users the same age that gap was narrower: 54 percent Democrats, 36 percent GOP.
Similarly, young cell users preferred Democratic presidential candidate Barack Obama over Republican nominee John McCain by 35 percentage points. For young landline users, it was a smaller 13-point Obama edge.
Posted by CLM No comments:

Email ThisBlogThis!Share to TwitterShare to FacebookShare to Pinterest
Labels: cell phone use, Election 2008

I'm very proud of my college classmates, Katie Clapp and her husband, Michael Tranfaglia (who I think was in my freshman dorm), who started a group called FRAXA to research treatment for Fragile X Syndrome, a genetic disorder which can cause mental retardation and autism. It takes amazing people to do more than simply cope with their own family stresses and challenges.

It was not the first time but it is still startling to wake up and hear NPR interviewing a classmate! One feels very ordinary and underachieving going to work after that!
Posted by CLM No comments:

A movie that isn't out yet has spawned a book that doesn't exist . . .

"Fireproof" is a movie set for release at the end of the month about a firefighter asked by his father to take a 40-day marriage challenge before divorcing his wife of seven years. The challenge involves reading and following an invented book THE LOVE DARE, "which eventually transforms him and his view of love, marriage, and faith." So test audiences for the movie asked how they could get the book--which didn't exist.

So two ministers in Georgia who had directed and produced the movie, "shut out the world and wrote for several weeks" to create a book "that helps readers learn each day about a unique aspect of the nature of love and offers a 'dare' to help implement that characteristic into their marriage." A publisher has apparently already sold 300,000 copies in advance of the movie's release.

This reminds me of Dorothy Gilman's book The Maze in the Heart of the Castle, which is a story about orphaned teen Colin who must find his way out of the maze. However, Gilman first described this story in her adult novel, The Tightrope Walker, a somewhat wistful standalone in which Amelia Jones begins her own journey of self discovery with references to Maze as being Amelia's favorite childhood story. Gilman must have fallen in love with her own description of Maze, so subsequently wrote it. I always wondered if anyone besides my sisters and me noticed this sequence of events. Gilman is certainly better known for her Mrs. Pollifax books but the others are very good too.
Posted by CLM No comments:

Email ThisBlogThis!Share to TwitterShare to FacebookShare to Pinterest
Labels: Dorothy Gilman, The Love Dare, The Maze in the Heart of the Castle 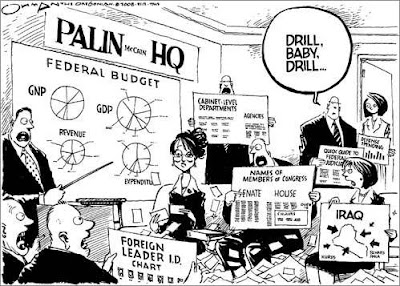 Email ThisBlogThis!Share to TwitterShare to FacebookShare to Pinterest
Labels: Back to School 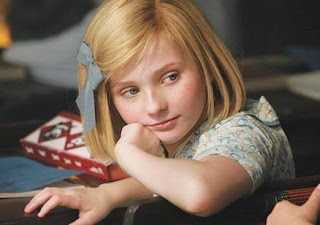 My nieces and I went to see the Kit Kittredge movie yesterday, which we greatly enjoyed (Despite the loud and poorly behaved children in front of us - yes, it has been a long time since I went to a kid movie but I don't think people should bring two year olds - we had to move several rows away and later the father unnerved me by tapping me on the shoulder and asking if I had taken their umbrella! Also, the roof started leaking on us halfway through the movie). I think my older niece would enjoy any movie so long as she got popcorn but at one point she leaned over to her younger sister and said, "We definitely need to own this one!" which I found amusing. They thought it was a lot like the recent Nancy Drew movie, which I had not seen.

I kept thinking that Meredith Grey was crazy not to pick Chris O'Donnell (here, playing Kit's father)!
Posted by CLM No comments:

The LA Times has an interesting article about similarities between Sarah Palin and Princess Diana. And Ellen Goodman, brilliant as always, discusses the Republicans' flip flop on working mothers.

Yesterday, Jeffrey Sachs was the keynote speaker at a lunch I attended, and was very eloquent and impressive about the disaster McCain-Palin would be for the country. It was hard to believe anyone could listen and be unaffected but the associate sitting next to me got up and left the room. It was true we'd been at this event for HOURS but still. How often does one get to hear a brilliant speaker trying to improve our world?
Posted by CLM No comments:

I love the show Mad Men, but hadn't realized until I read this interview with actress Elisabeth Moss, who plays the determined Peggy Olson from Brooklyn (who started out as a secretary but has since been promoted to copywriter) that she also played Jed Bartlett's daughter on West Wing. And Sal's ignored wife played the tiresome Hannah in Everwood.

In addition, John Slattery, who I first loved in Homefront and who plays one of the name partners in Mad Men's ad agency Sterling Cooper, is from Newton and went to St. Sebastian's, just two years ahead of me!
Posted by CLM No comments:

In this weird election, it has somehow become acceptable to bash academic achievers - in contrast to McCain, known to have graduated at the bottom of his class at the Naval Academy, and Palin, who bounced between six universities in obtaining her college degree . I don't suppose Barack Obama ever thought he would be put on the defensive for obtaining the best education he could get at Columbia and Harvard Law School!

Apparently, such attacks on the educated are more common in England - to the point that Cambridge University is trying to influence the story line on television shows such as Eastenders and Coronation Street to include characters of modest means going to university. "We're very keen to attract the brightest and best students regardless of their background. One of the better ways of communicating directly with potential students is to talk to them through the soaps and other programs they watch."
Posted by CLM 1 comment:

NPR has had the most entertaining stories about the media coverage of Sarah Palin, and how the best way for the Republicans to garner support is to bash the media.

Judith Warner has a good piece in today's NYT. And the rock group, Heart, tells the GOP not to play their old hit Barracuda for Sarah Palin:

"Here's a statement by Ann and Nancy Wilson:
'Sarah Palin's views and values in NO WAY represent us as American women. We ask that our song 'Barracuda' no longer be used to promote her image. The song 'Barracuda' was written in the late 70s as a scathing rant against the soulless, corporate nature of the music business, particularly for women. (The 'barracuda' represented the business.) While Heart did not and would not authorize the use of their song at the RNC, there's irony in Republican strategists' choice to make use of it there.'"

Other musicians have expressed similar views.
Posted by CLM No comments: