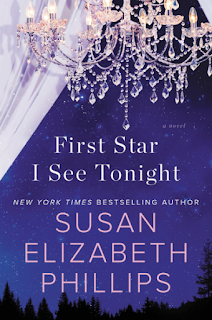 Piper Dove is a woman with a dream—to become the best detective in the city of Chicago. First job? Trail former Chicago Stars quarterback, Cooper Graham. Problem? Graham’s spotted her, and he’s not happy.  Which is why a good detective needs to think on her feet. “The fact is . . . I’m your stalker. Not full-out barmy. Just . . . mildly unhinged.”
Read more »
Posted by CLM 2 comments:

Title: The Whiskey Sea
Author: Ann Howard Creel
Publication: Lake Union Publishing, trade paperback, 2016
Genre: Historical Fiction, 1920s New Jersey
Giveaway: Thanks to the author and publisher, I have a copy of this book to give away to a US or Canadian reader! If you are a fan of historical fiction, please leave a comment telling me your favorite setting or time frame and I will pick a winner at or around the end of August. 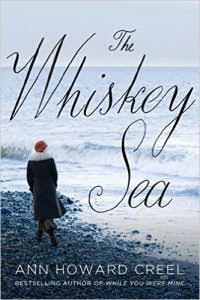 Plot: Homeless when their mother (the town whore) dies, Frieda and her sister Bea are adopted by a kindly fisherman Silver. Frieda loves the sea and Silver’s way of life while the more delicate Bea excels in school. But Silver doesn’t approve of Frieda’s desire to join him deep sea fishing when she leaves school, so he sells his boat to a quiet young man named Sam Hicks who admires Frieda.
Read more »
Posted by CLM 3 comments: 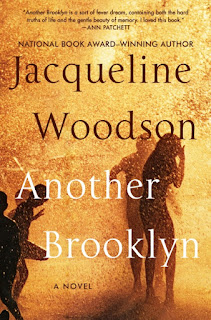 About the Book: "The acclaimed New York Times bestselling and National Book Award–winning author of Brown Girl Dreaming delivers her first adult novel in twenty years. Running into a long-ago friend sets memory from the 1970s in motion for August, transporting her to a time and a place where friendship was everything—until it wasn't. For August and her friends, sharing confidences as they ambled through neighborhood streets, Brooklyn was a place where they believed that they were beautiful, talented, brilliant—a part of a future that belonged to them. But beneath the hopeful veneer, there was another Brooklyn, a dangerous place where grown men reached for innocent girls in dark hallways, where ghosts haunted the night, where mothers disappeared. A world where madness was just a sunset away and fathers found hope in religion."

Audience: I was reminded of another coming of age story, Black Ice by Lorene Cary, which my book group read many years ago. Cary wrote about being one of the first African-American women to attend St. Paul’s School in New Hampshire and the lasting image of that book is her loneliness. In a way, Cary’s book is the missing section of Another Brooklyn as it is made clear that August improbably attends Brown University but the part of her story where she excels academically in order to reach the Ivy League is reduced to an offhand mention of APs and PSAT review.

Another coming of age book I thought of was Charms for the Easy Life by Kaye Gibbons about a Southern family in which the heroine’s mother is also the victim of mental illness and, if I recall correctly, appears and disappears mysteriously when she is receiving psychiatric treatment. August yearns for her mother and refuses to accept that her mother is dead and not returning.

What I liked: I chose this book because I had heard a lot about Jacqueline Woodson but never had an opportunity to read any of her books, and I thought this would be outside my comfort zone. Her writing is beautiful despite the background of violence that is commonplace for the heroine and her friends. The descriptions of Brooklyn are incredibly vivid and make the reader feel she is there with August, although, truthfully, I did not like this Brooklyn, full of sexual predators and drug users, and did not want to visit.

The most interesting relationship is between August, her father, and her brother. Her father is lonely and brings women home to the couch in the family living room which serves as his bedroom. He is not comfortable in traditional churches, believing they are for whites only, and is recruited by the Nation of Islam, where he becomes a fervent supporter (but doesn’t stop bringing women home – ah, hypocrisy, thy name is religion). The father provides for his children as best he can and while they run wild and are dressed shabbily, he is caring enough to take the day off when August’s friend Angela’s mother disappears and to find August an educated woman from the Nation of Islam to talk to when she is a depressed teen.

August’s nameless brother follows his father’s religion and maintains it as an adult, but August, compliant on the surface, dislikes the new lifestyle and diet the family follows, and yearns for bacon. I was worried that when August made friends and started hanging with them every day that her brother would wind up in trouble but perhaps his love of math kept him as safe. Eventually, August becomes an anthropologist (having honed her powers of observation) and does not appear to have much time for religion but she and her brother have a good relationship as adults and it is clear the bond of their neglected childhood still unites them. The book begins when they are burying their father.

What I disliked: The book moves from present to past to not so distant past, and one reviewer compares it to a “fever dream” which is very apt. Reading books that consist of streams of consciousness is not really my thing. The book was extremely readable but very sad, and I was distressed by all the different threats August and her friends faced in their neighborhood. As August points out, she and her brother were lucky their father cared about them and did his best to give them a home where they were never hungry. However, they were neglected and in danger. On the other hand, August’s friend Sylvia was from an affluent home and provided with most advantages, and that did not prevent her from misadventure. I had a hard time keeping August’s friends straight until the end, although they were very different.

Source: Thank you to Amistad/HarperCollins and TLC Book Tours for giving me this book in return for an honest review. You can visit other stops on the tour by clicking here. 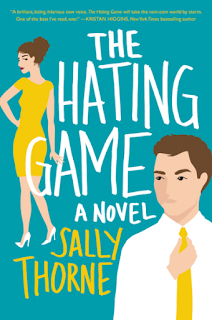 Plot: When two publishing companies merge, the co-CEOs manage to hide their hostility and disdain for each other but their executive assistants do not. Wildly competitive and sniping at each other all day, Lucy Hutton is emotional and passionate about the industry while her counterpart Josh Templeton is a disciplined numbers guy. Once a coveted new management position is created and both decide to apply their “hating game” becomes even more intense. But after Lucy and Josh get to know each other outside the office, she wonders if she really hates him - and vice versa . . .

Audience: This is chick lit with dimension and reminded me of books by Kathleen Gilles Seidel and Susan Elizabeth Phillips.

What I liked: I loved The Hating Game from the first page. Hasn’t everyone had a rival at work who, accurately or not, you suspected of watching and sabotaging your every move? Lucy is warm and funny, obsessive about documenting each offense made by Josh, with whom she shares an office (and somehow notices the shade of every shirt he wears as well). She gives him a hard time and he promptly responds to every snide comment; their banter is pretty entertaining. Josh appears to be a genuine villain until, following a corporate game of paintball (ugh, I had to do laser tag once and that was bad enough), Lucy gets sick and he refuses to abandon to her to her misery. Although the reader certainly wants them to get together, I liked that there were genuine obstacles, including not just their work rivalry but complicated family situations to deal with. Both Lucy and Josh are appealing characters (I liked him before Lucy admitted she did) and author Thorne provides some good supporting characters to distract from the fact that the outcome is never in doubt.
ate her either. Or maybe this is just another game.

What I disliked: A small quibble but Bexley & Gamin is not a very convincing publishing company, and Lucy and Josh seem overqualified to be executive assistants, yet not sufficiently experienced to become Chief Operating Officer.

Source: I received a copy of this charming debut novel from TLC Book Tours in return for an honest review. I really enjoyed The Hating Game and can’t wait to see what this talented Australian author writes next.  Follow her on Twitter for news.
Posted by CLM 2 comments: 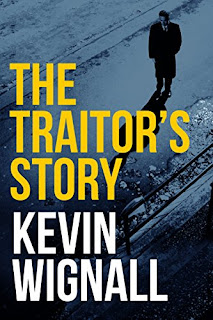 Plot: Six years ago, Finn Harrington, a British espionage agent, was about to retire but agreed to take on one last assignment on his way out – it went disastrously bad and he retired to Switzerland. When 15-year-old Hailey Portman disappears, her parents, who live in Finn’s building and heard rumors about his past from an indiscreet girlfriend, ask him to help when the police seem indifferent. Finn has guarded his emotions closely in recent years and is reluctant to get involved but finds himself investigating Hailey’s disappearance. Once he digs into Hailey’s background, he finds chilling evidence of a connection between Hailey and the disastrous events that ended his first career.

Audience: Fans of thrillers. I read a lot of suspense but not that much espionage and am glad I made an effort to get this one.

What I liked: This is a fast paced and enjoyable story; perfect for summer reading and carries the reader along with sufficient speed to overlook a few holes in the plot. The story is set up in alternating chapters between the puzzling present and the darkness of the past, leading dramatically to what really happened on that final weekend in Kaliningrad. Finn is an interesting character: at first extremely cold and not very likeable. He has reinvented himself as a bestselling historian who gets recognized in airports by fans (not sure this really happens to anyone but David McCullough or Ken Burns, but it’s a nice touch) and his insight to Hailey’s disappearance is intriguing. He is at his best when interacting with her quirky classmate Jonas but otherwise has no friends and has alienated his live-in girlfriend without even noticing. He evolves during the book but it seems clear that he could not move on emotionally from the events of six years earlier until all the remaining questions are resolved (except one that the author shares with the reader at the very end).

What I disliked: Although this is a well thought out novel, the motivation of several characters was perplexing and Finn’s patriotism or lack thereof is never fully explained.  Also, if his enemies hold a grudge, why not just kill him?  On another issue, it was very surprising that several characters say, “Me and X” – I hate grammatical errors and was amazed a British writer would get this wrong. Thomas & Mercer is an Amazon imprint but I thought there were actual editors so these errors should have been corrected in manuscript.

Other reading: If you want to read some classic spy novels, try this list (got to love the comparison of The Riddle of the Sand to Swallows & Amazons).  In addition, Wignall has written several other books that look appealing, such as A Death in Sweden.

Source: I got The Traitor’s Story from the Norwood, MA library after reading a glowing review in Publishers Weekly, and recommend it.
Posted by CLM No comments: