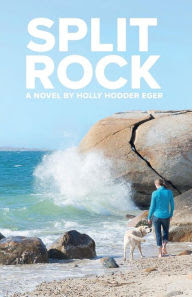 Plot: After inheriting a home in Martha’s Vineyard from a beloved aunt, Annie Tucker brings her three children to the popular summer destination while her husband is traveling for work in Asia. Lonely and grieving for her aunt, Annie becomes dangerously preoccupied with memories of a teenage romance that ended badly. When the former beau appears in person, Annie wonders if she is being given another chance at love and whether she should make different choices this time.
Read more »
Posted by CLM No comments:

As many of you know, I lost my father on November 1, 2016.   Those acquainted with him know he was a very loyal friend, as well as a loving husband and father.   It touched us deeply how many of his friends and ours shared their memories of him over the last two weeks, and although it is a cliche it does alleviate some of the pain.   Thank you for being there for him and for us during this very painful time.


Here are links to the Globe Notice, to his book, Count Them One by One, and his appearance on GMA.

My brother Peter spoke very eloquently at the funeral Mass about Dad:

A special thanks also to Fr. Brian, Fr. James and to the parishioners of St. Lawrence. When my parents moved here some years ago from the parish they loved in Newton Centre, they had no idea that they would find such a welcoming community of old and new friends and wonderful priests where they could praise God together. Fr. Brian, Fr. James and Fr. Lukasz all ministered to Dad during his final illness.

Thanks also to old friend Msgr. Helmick, who we are so pleased to have here with us concelebrating today, from St Teresa's parish in West Roxbury where Dad grew up. And Fr. Bill Schmidt - what a great surprise that you were able to come...thank you!

An important part of their experience here is the excellent music, and we would also like to thank our musicians here today, Lois Regestein, Chelsea Basler, Spencer Aston, and our special thanks to Warren Hutchison who couldn’t be here, but helped us so much over the last few days.

Our family is very important to us. We especially thank two of Dad’s first cousins, Ed Hennessy who came from New Jersey and Tommy Martin who came from Georgia to be with us today.

You'll notice that my sister, Constance, is standing nearby. Let me explain. If you're a Red Sox fan, you'll understand...this is like when you have Clay Buchholz start an important playoff game. You're hoping for the best, but you don't know what you'll get. During our run through we got a little emotional, so if I falter, we can go to the closer.

It's hard in brief remarks to do justice to a man who touched so many people in so many ways.
Maybe it wasn't a coincidence that compassion and an attention to those in need became core parts of his character. Dad lost his mother when he was only six. His father had personal issues and couldn’t play the role in my father's upbringing I'm sure he would have liked to. Dad saw him only a handful of times after his Mother’s death. Luckily, Dad’s aunt, his mother's sister, Lillian Hennessy, stepped into the breach and raised Dad. She sacrificed to send him to the Roxbury Latin School and gain him every advantage possible, even getting him a junior membership at Longwood in his teenage years, where he began his lifelong love of tennis.

From Aunt Lillian, from his Church, from other influences -- and from somewhere inside himself -- my father developed his zeal for public service and, as I tell my children, making the world a better place for others. In time, he developed a particular passion for racial justice and equality. The first song Dad taught Constance and Clare to sing was “We Shall Overcome.”

Dad's dedication for public service was informed by his steady, devoted faith in the Catholic Church and his fiery belief in the ideals of the Democratic party. My sisters and I grew up hearing about how Catholic social justice icon Dorothy Day had come to Dad's law school apartment for a meeting of the Catholic law students group, the St. Thomas More Society. We also heard about Mother and Dad's interactions with the repeat Democratic nominee for the Presidency, Adlai Stevenson. My sisters and I have heard from friends over the past few days who trace their interest in politics to conversations with Dad.

As many of you know, he met my mother through their shared love of politics. Dad was the president of the Harvard Young Democrats when he and his friends decided Radcliffe should start a chapter. I hope that they were interested in promoting women’s participation in the political process and NOT just looking for dates. Anyway, Dad got the names of three young women who were enthusiastic Democrats, hoping one would take charge. The first girl wasn’t home. The second girl was named Stephanie Lang, one of the very few Catholic girls at Radcliffe. The rest was history. They recently celebrated the 60th anniversary of their first date.

To recognize the essence of Dad's character, you have to look deeper, to more fundamental values. I think the most important of these was his unflinching loyalty. Loyalty to his wife, his children and his friends. My sisters and I never felt anything but total support from Dad. He came every event and performance we were in, long before it was common for fathers to turn up. He even brought Clare to her 6am figure skating practices…and he was NOT an eager early riser.

Dad had a unquestioned belief in our abilities and in our characters and was certain that we could do anything we set out to do. If things ever went badly for us he had no doubt that we would be able to bounce back.

It is a priceless thing to have someone in this world with this unrivaled belief in who you are and what you can do.

Dad was also unfailingly loyal to Roxbury Latin, Harvard and other institutions with which he was affiliated...and of course his beloved Boston professional sports teams, as well as the organizations that help Boston’s most vulnerable residents such as Casa Myrna Vasquez. We all grew up going with my parents to Harvard and BU hockey games, Harvard basketball games, and watching countless Bruins, Red Sox and Celtics games in person and on tv with Dad (and Mother, as long as the game wasn't too close and she didn't have to step out of the room to calm her nerves.)

Dad and Mother passed their love of sport on to us, and you won't find too many families who can rival us for sports passion.

As we looked at pictures over the last few days, there were an astonishing number of photos of Dad and various children and grandchildren with him at Fenway. Whether his grandchildren were in Boston, Rome or even New York (where they are proud Sox fans) they loved talking to Gram and Papa about the latest Sox game.

I think we love sports because at its best, it is about so much more than the wins and losses. And the only thing Dad may have liked more than watching one of his teams play was watching one of us compete. As I always tell my boys, my favorite tennis memory in my long tennis career is without a doubt the 1991 annual doubles tournament Dad and I won at Longwood.

He was committed to friends from every part of his life, many of whom are here today: classmates from Roxbury Latin, Harvard, and NYU. Those he worked with in the Justice Department in DC, the U.S. Attorney’s Office in Boston, law firms including the one he founded with two close friends, friends and colleagues from his 21 years as a Massachusetts Trial Court judge, friends from Longwood, and many more parts of his life. He made an effort to maintain friendship before the Internet and email made it easier to stay in touch. He had a kind word for everyone and brought us up to believe it was important to treat everyone with respect no matter what his or her station in life. And he led by example.

Dad and Mother did a great job raising us (now isn't the place to spill the beans on some of the things that Andrea, the youngest, got away with when our parents had gotten a little fatigued with child-raising). I told Dad in a Father's Day note a few years ago that I would consider myself a great success as a father if I could be even half the father to my children that he had been to me. And I meant it. But I was taken aback when one of my boys saw the card and told me he thought that was a reasonable goal for me!

And Dad has also been a devoted grandfather to his eight grandchildren, wherever they have been. They return not only love, but admiration for him and what he has done. One of them, 11-year-old James, made Dad the centerpiece of a school project on Civil Rights. And some have already read his book about his landmark voting rights case in Mississippi. If Dad had been able to do so, he might have made that a prerequisite for all of you entering the church today.

With the wonderful, important life that Dad lived for 82 years and with all the love and memories we shared with him and Mother, we should focus on gratitude rather than grief. His children, our spouses, and his grandchildren will all strive to further his legacy of love, kindness and social responsibility.

But it is hard to escape the fact that the world will be a poorer place without Dad's encouragement, his kind words and his hugs.