Episode 1 – March, 1932 – set in India during the last years of the Raj, this is a series about intersecting English and Indian characters, with a few interloping Americans for good measure. 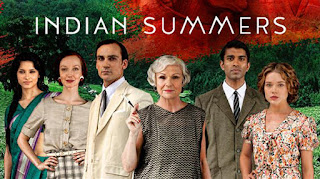 The British ruling class has escaped to the hills for the summer, but they cannot completely escape the growing unrest in the country as Gandhi and others seek independence. On the other hand, we viewers haven’t seen scenery this beautiful since The Jewel in the Crown, although Outlander provided some pretty stunning scenes of Scotland. Indian Summers was apparently filmed in Malaysia, not India, but it is beyond sumptuous and well worth watching. It begins with a lovely but pensive young woman who is traveling by train with a baby, while opposite her is a grumbling woman in a pink dress, with her son. Both women observe a parade of Indians out in the fields, carrying what appear to be luxury items, including what looks like a rocking horse. A poor Indian boy in the fields also observes these men.
Read more »
Posted by CLM 3 comments:

The Storms of War (Book Review) 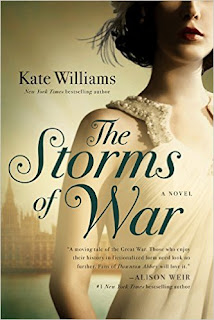 Plot: What seems to be a carefree English family on the brink of World War I possesses a not very well kept secret – the affable father, Rudolf de Witt, a prosperous canned meat manufacturer, is German born, although he came to England many years ago and married a well-born Englishwoman. He has four children: Arthur, who spends most of the book in Paris; Michael, who is too sensitive to participate in a war; Emmeline, a spoiled beauty; and the youngest, Celia, who is the main character. When war breaks out, the de Witt family is shunned for its German roots, from Emmeline’s arrogant (and not in a charming way) fiancé and the village children spurning a summer fête to the government treating Rudolf as an enemy of the state. Celia is the most interesting character. Like my favorite Vera Brittain, she can’t bear to be left behind when her brother and closest friend are serving in France, so signs up to drive ambulances despite never having driven a car.  This volume follows the de Witt family from 1914 to 1918

Audience: Fans of historical fiction and those who share my interest in women and war work. I have also added this book to my Downton Abbey Recommended Reading List.

What I liked: Author Williams is a historian, known for books about Queen Victoria, Emma Hamilton, and Josephine Bonaparte, and her writing is strong and historically accurate. I never had that moment, too frequent lately in poorly edited books, where one come across an anachronism that completely jolts the reader out of the book. The quality of the writing greatly contributed to my enjoyment of The Storms of War.

I have read dozens of books set during this time frame and, as I mentioned to a friend last night, I am very familiar with all the usual plot variations: heroine in love with family retainer, heroine wants to go to university, heroine misunderstood by family, heroine wants to serve in France like brother, male character can’t handle pressure of battle, shell-shocked soldiers, and many more. However, I felt that Williams handled these well-worn plot elements in a way that made them seem fresh, entertaining, and appealing. I particularly appreciated the vivid descriptions of Celia nerve-rackingly driving an ambulance in the dark in France! 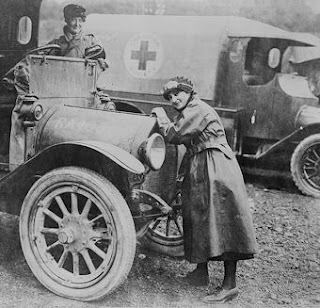 What I disliked: I did not find Emmeline’s behavior convincing, and I became less fond of Celia as the book progressed. She became obsessed with her own concerns, and I found it annoying when she ignored her responsibility to her distraught mother or lied to Captain Russell, the dour but surprisingly understanding officer she drives in London. I guess I like my heroines unflawed, which isn’t really fair!

Source: I read about this book when it was published in England (in fact, I suggested to several editor friends that they acquire it quickly but I guess Pegasus beat them to the punch) and requested it from the Brookline Library. Looking forward to the next book in the trilogy!

(photo above of a woman ambulance driver is copyright to http://www.historyplace.com/worldhistory/firstworldwar/ww-brit-women-prop.htm)
Posted by CLM No comments: 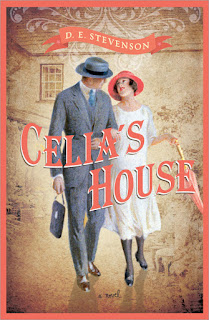 Plot: In 1905, elderly Celia Dunne decides to leave Dunnian, her lovely home in Scotland, to her great-nephew Humphrey, with the understanding that his family can live there while he is away with the Navy. She assures him that his as-yet unborn daughter Celia will one day inherit Dunnian, and she dies soon afterwards.
Read more »
Posted by CLM No comments: