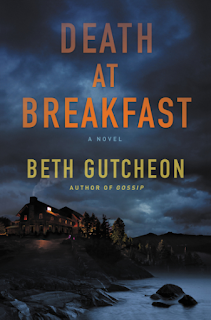 May 10th: A Chick Who Reads
May 11th: Dwell in Possibility
May 12th:  Five Minutes for Books
May 13th: Back Porchervations
May 16th: No More Grumpy Bookseller
May 18th: Booksie's Blog
May 19th: Booked on a Feeling
May 23rd: Books and Bindings
May 24th: From the TBR Pile
May 23rd: Buried Under Books
May 27th: Kritters Ramblings
May 30th: Ms.Bookish.com
Posted by CLM 3 comments: 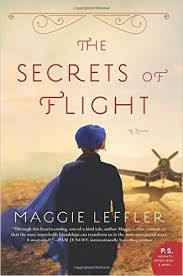 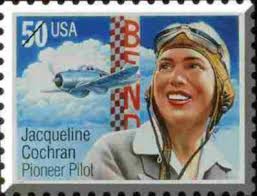 Spoiler from above: It was a nice touch to have Mary pay for Elyse to visit her grandmother before her death, but if only she had accompanied Elyse Mary would have been reunited with her niece. The other characters did not seem to find this as sad as I did!
Posted by CLM 2 comments:

Plot: This is a fictional and fascinating account of the life of Theodosia Burr, the beautiful and well educated daughter of Aaron Burr, Vice President of the United States under Thomas Jefferson, and their close relationship. Named for the mother who died when she was 11, Theodosia, at a very young age, married Joseph Alston, who was from a prominent South Carolina plantation family and later became Governor of that state. As a married woman, she faced many challenges, not least of which must have been adjustment to a very different way of life than her upbringing in New York City. She suffered through her father’s fateful duel with Alexander Hamilton (1804), lost her only child to illness (1812) and was involved in Burr’s bizarre attempt to annex Mexico, then ruled by Spain. When news of Burr’s plotting reached President Jefferson, he was disgraced and stood trial for treason, with Theodosia loyally at his side (1807).

Audience: Fans of historical fiction and American history; enthusiasts of Hamilton, the musical.  Everyone is reading Ron Chernow's biography of Alexander Hamilton; why not read up on Theodosia Burr?

What I liked: I read this book so long ago I had forgotten most of the details but what always stuck in my mind was that despite his flaws, Burr loved his daughter, provided her with a classical education, very unusual for that era, and she also served as a graceful young hostess for him. After seeing Hamilton in November, I became curious about Theodosia. Fans of the musical know that Aaron Burr sings a song to his daughter, Dear Theodosia, and at the fateful duel exclaims, “This man will not make an orphan of my daughter.” (Hey, Aaron, shouldn’t you have thought of this before you issued the challenge??)
Seton’s portrayal of Burr is not dissimilar to Lin-Manuel Miranda’s: Burr is fiercely ambitious and somewhat paranoid. Burr is depicted as so determined to build support for his presidential candidacy that he bullies his beloved daughter Theodosia into marrying someone she barely knows and does not really like so he can acquire the support of powerful landowning families in the South. Throughout her marriage, she and her father remain close, much to the annoyance of her husband (and maybe to the reader - one almost wants her to see Aaron for what he is, yet her husband is so unsatisfactory, she needs to believe in a loving father). Theodosia’s life seems extremely sad, both in this novel and in other accounts, as she takes her father’s disgrace to heart and eventually dies under mysterious circumstances.

Despite the melancholy that pervades Theodosia’s adult life, I enjoyed the book and believe those curious about Burr and his daughter will find it extremely readable. It includes fascinating details about old New York. Seton also includes a possible romance between Theodosia and Meriwether Lewis, best known as the leader of the Lewis and Clark expedition, which explored the Louisiana Purchase. It appears they were acquainted but there is little evidence of a romantic relationship. I did not learn from the Childhood of Famous Americans biographies I once favored that Meriwether’s life also ended tragically young.

Anya Seton knew was it was like to have a famous father. She was the daughter of Ernest Thompson Seton, a well known writer and naturalist, who was instrumental in founding the Boy Scouts in America. According to her, she spent a lot of time in the Southwest as a child on a family ranch, and her name was suggested by a Sioux chief who was visiting the family shortly after her birth. He called her Anutika, which means “cloud-gray eyes,” so although she was named Ann, her family called her Anya.
I became a fan of Seton after devouring a copy of Katherine at the library. I love this book about John of Gaunt and Katherine Swynford but it seemed quite racy to junior high me so I hid it (inexpertly) under my pillow where, naturally, my mother came across it and, to my surprise, she told me it was a favorite of hers and that it had been serialized in the Ladies Home Journal in the 50s. My Theodosia was Seton’s first novel; subsequent books include Dragonwyck and Foxfire, which were made into successful movies, and Green Darkness, a big bestseller, set in the 1970s with reincarnation flashbacks to the 16th century. Her books are well researched, with an unerring sense of place. My Theodosia includes many quotations and references to actual letters.

What I disliked: Descriptions of the slaves owned by the Alston family and the harsh treatment they receive are hard to read but appear realistic. Seton does not believe in the myth of the happy slave and Theodosia is portrayed as uncomfortable with the slavery of the Deep South, but that is not the focus of the book.

Source: I checked out this book from the Newton Free Library; likely the very copy I read as a teen.
Posted by CLM 6 comments: