A Pattern of Lies (Book Review)

Plot: Bess Crawford, a capable nurse stationed in World War I France, becomes embroiled in a mystery relating to a former patient recuperating in Kent. A tragic explosion at the Ashton Gunpowder Mill is now being blamed on Philip Ashton. While visiting the family, Bess learns of the threats made to the Ashton family and tries to assist them in understanding why they are being maliciously targeted. Back in France, Bess deftly deals with the trauma of the last months of the Great War while also trying to locate a key witness to the explosion, protect herself from a killer, and put a stop to the lies threatening her friends.
Read more »
Posted by CLM 7 comments: 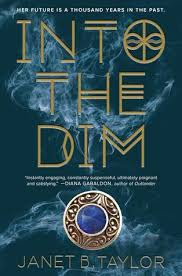 What I liked: Feisty orphans or quasi-orphans, mysterious mansions, quests back in time, a handsome hero who might be the villain – yes, this is a fun, fast-paced, and entertaining book just waiting for a sequel.
Read more »
Posted by CLM 2 comments: