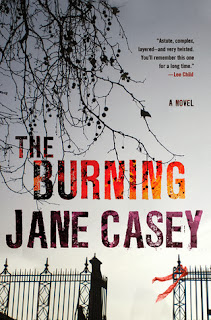 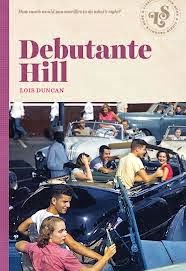 Plot: Pretty blonde Lynn Chambers anticipates a fun senior year although her boyfriend Paul and her older brother Ernie have left for college.  Then a pushy neighbor organizes a debutante season of parties for the 12th graders from the more affluent part of town, the Hill.  Lynn’s egalitarian father persuades her not to participate, leaving Lynn depressed and excluded from the social whirl.  She tries to befriend hitherto ignored classmates with mixed results, and awkwardness ensues when a local bad boy, Dirk Masters, asks her out.  Loyalty to new friends causes a rift with old friends, including Paul.  Lynn’s compassion and integrity ultimately help her win through, as our mothers always promised (in a few cases, I am still waiting).

What I liked: I have been a Lois Duncan fan since I first came across Peggy, her book about Benedict Arnold’s wife, at my elementary school library in Newton, MA.  Next, I read A Gift of Magic, completely different but equally compelling.   She concentrated on suspense after that, which I read devotedly - although several, especially Daughters of Eve, were so scary I am still unnerved.  Reading Debutante Hill was delightful:  the development of characters and particularly Lynn’s self awareness were pure Lois, yet in other ways it was like going back in time to the Amelia Elizabeth Waldens and Betty Cavannas I always loved.   The introduction to this new edition is wonderful as it describes Lois’ early writing career and how she came to write this book.  Whether you are a long time reader or have never picked up a book by Lois Duncan, you will enjoy this book! 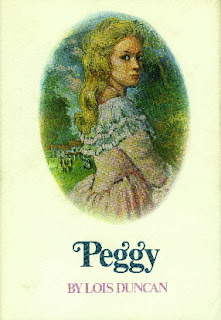 I liked heroine Lynn and her quirky, hard to predict sister Dodie, who is the only person Lynn can confide in.  I also appreciated that Lois avoided all the usual clichés – Lynn’s friend Nancy and the other debutantes don’t turn into mean girls when Lynn decides to forego their social activities.  The girls from the other side of the tracks are wary of Lynn’s overtures but don’t shun her.  The book isn’t preachy as Lynn’s growing maturity and ability to ignore peer pressure are offset by normal irritation with a younger sibling and all too human jealousy of an annoying classmate.  Best of all, Lois doesn’t fall into the trap of having Lynn end up with the wrong boy (although Lizzie Skurnick disagrees with me here).

What I disliked: Dr. Chambers has the right idea about debutantes dividing the town into haves and have-nots so why does he allow Lynn’s brother Ernie to escort her friend Nancy to the deb events when he is home on break?  What a double standard!  And Lynn’s mother seems fairly oblivious to all the angst her daughter experiences.

Source: This book was the launch title in Lizzie Skurnick’s exciting new imprint.  I bought my copy from Barnes & Noble.com and it will reside with my other Lois Duncan titles.  I love the fact that the cover (very American Graffiti) actually has teenage Lois on it; a photo was taken by her gifted father.