Betsy-Tacy Back in Print

Today is the day the Betsy-Tacy high school books are being relaunched by HarperCollins! I have introduced so many people to these beloved books and I am always delighted when there is an opportunity to share them. These lovely new editions should attract a whole new audience -scroll down to see the new cover of Heaven to Betsy.

Stuck in an arbitration all day, I finally got a break and dashed down the long mall corridor to the Barnes & Noble Prudential where I was thrilled to find several copies of each of the new editions! As is my wont, I rearranged them to their best advantage: 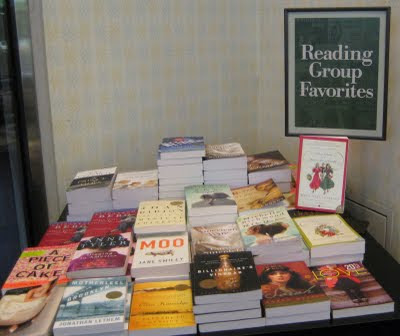 I loved the Betsy-Tacy books when I was growing up in Newton, MA but I thought I was the only one! (Heard that before?) Set in turn of the (20th) century Minnesota, the books follow two best friends from age 5 until the outbreak of World War I. The books are about friendship and fun, school and family, but what makes them so special that there are fans all over the world is that Betsy is a heroine we relate to. She is ambitious and wants to be a writer but she is human and makes the same mistakes we all made growing up. She procrastinates when she should be studying. She flirts when she knows she should just be herself. She goes to Europe to find herself but recognizes that when America goes to war that she wants to be home in Deep Valley. 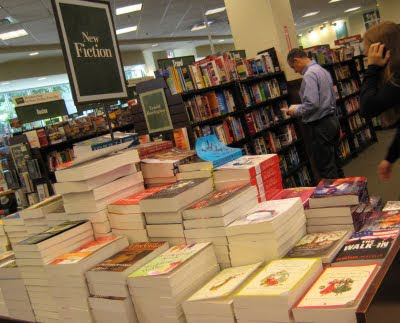 I often think that all roads lead to Betsy-Tacy. When my friend Margery decided to attend Vassar, I insisted she borrow Carney's House Party in preparation, about Betsy's smartest friend, who heads East to college in 1909. When the library complained that the book was overdue, I gave up, retrieved it and paid a hefty fine.* Later, when Margery got married in the Vassar Chapel and I was a bridesmaid, I was so disenchanted by the groom I could barely enjoy the fact that I was on the very campus Carney had attended (my instincts were right: the marriage didn't last). Well, not that I hold a grudge or anything, but it's about time Margery redeemed herself by reading Betsy-Tacy! Maybe she will get one of the two new precious sets of Betsy-Tacy which arrived at my door yesterday. 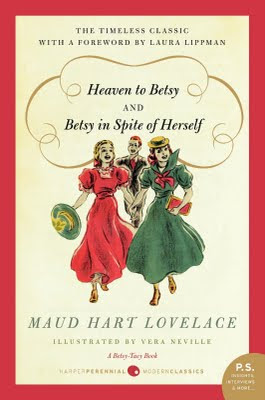 Happily, I made it back to Vassar years later, leading the Greater NY Betsy-Tacy Society on an excursion from Grand Central. On this visit, we didn't have to worry about ill-fated marriages, just about Carney, Matthew Vassar, Maria Mitchell, etc.

* As my mother likes to say, Newton funded its fancy new library on my overdue fines.

Should I be watching Glee? Is it too late? Grey's Anatomy was so tedious in its season opener that I switched to the Mentalist halfway through. I like Teresa Lisbon as a character because she comes across as normal but at some point will reveal a complex history.
Posted by CLM No comments:

I remember the morning of September 11, 2001. It was a busy day for most New Yorkers as it was Primary Day as well as the first day of school. I voted for Mark Green on my way to work. I was hard at work in my windowless office at IDG (but it was a sight better than many places I have worked in since) on Third Avenue and 54th Street when Ginger, a department assistant who was more interested in her auditions than in uploading covers to B&N.com, came in to ask if I had a radio. I am ashamed to say I gave her an impatient glance, thinking, as usual, she would use any excuse not to do some work. Then she said that she'd heard a plane had flown into the World Trade Center and she was worried about her sister who worked there. I told her it was ridiculous, nothing like that could have happened, and she shrugged and walked away. Then I heard the echo of my own voice, and got up to follow her. I said I knew someone who was on vacation who had a radio. We borrowed it and turned it on. I don't recall the moment at which we found out that it was true, but I do remember running down to the 20th floor where there was a TV in the conference room. We watched for a while but it seemed inhuman to watch the news while Ginger sobbed for her sister (who did indeed die that day). While Kathy Neb (naturally - the kindest person around) consoled her, I left the crowded room to return to my office so was not watching when the second tower collapsed, which I regret now.

There were many strange things about that day: the way one felt suspended in time, wondering if the world was about to end; the way the sun kept shining, and one wondered how midtown could be bright and sunny, while people died a few miles away; how suddenly the streets were deserted except for people standing in line at certain sites to donate blood; how the Internet went on functioning although phones were down; how my mother was at my grandmother's in Connecticut and said she was worried about my brother, whose first day of work at the State Department in DC it had been; how my friend Shelia, with whom I'd planned to get together after work, saw people jumping out windows and had to walk to Grand Central but still remembered she'd brought me See's Candy from a recent trip to the West Coast; how I finally gave up working and walked north, passing many other people with strange blank expressions, straight to my middle sister's apartment (the other sister was at ABC, by then hard at work for several hours) but because she didn't want the TV on to scare her toddler, I finally went back to my own apartment. Like so many others, I was glued to my TV for days, trying to understand what had happened and why. We all wondered what would happen next.
Posted by CLM No comments:

Email ThisBlogThis!Share to TwitterShare to FacebookShare to Pinterest
Labels: 9/11/2001

From Shelf Awareness: Open Books, a sitcom written by Gail Lerner (Will & Grace) that is focused on a book editor and her friends, "has received a pilot commitment" from CBS, according to the Hollywood Reporter. The show "is inspired by the time Lerner spent as a temp in the publishing world at the beginning of her career and by the experiences of her sister Betsy, who worked as a book editor for 15 years before becoming a literary agent."

"It's an ensemble comedy with a female lead set in the publishing world, but it's really about the characters and their relationships," Lerner said. "I like the frustrations, the collaborative process. Publishing is a lot like sitcoms. Although both are supposedly dying, that only makes people more passionate about creating the next great novel or show."
Posted by CLM No comments: