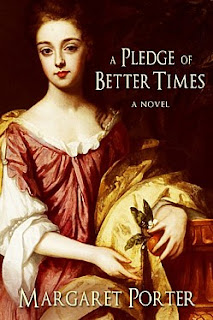 Plot: A compelling historical novel set in the late 17th century about two interconnected families: the Stuarts and the de Veres, loyal servants to their monarch. Charles II, restored to his throne after years of exile, reigned merrily, yielding numerous attractive bastards but no legitimate child.
Read more »
Posted by CLM No comments:

In the last episode, the authorities decided that Ramu Sood killed Adam’s mother, Jaya. They don’t know that Ralph had a stronger motive: avoiding disgrace that exposure of his youthful liaison with Jaya would reveal. A small but growing group of people know that Ralph is Adam’s father but none of the authorities want to think anyone British is involved in something as sordid as murder. Much better to blame it on poor Mr. Sood!
A fancy British barrister comes to Simla to prosecute Mr. Sood’s trial (which takes place unrealistically soon) and at least there is a lawyer for the defense (and the lawyer has an assistant – Aafrin Dalal’s sister, Sooni, who wants to go to law school – she should talk to me first).
Read more »
Posted by CLM 1 comment: