Author: Barbara Hambly
Publication: Bantam Books, trade paper, 2008
Genre: Historical Fiction
TBR Challenge:  This is the first book I have read from my 2019 TBR Pile Challenge, sponsored by Roof Beam Reader.  Mind you, my house is one large pile of books waiting to be read, but I selected just a handful! 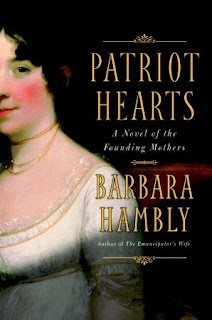 Plot: This is the story of four women important to the early history of America: Martha Washington, Abigail Adams, and Dolley Madison, wives to three presidents, and Sally Hemings, the slave who bore Thomas Jefferson several children.  Told partly in flashbacks as the British march on the White House during the War of 1812, Hambly convincingly portrays the Founding Mothers with fictionalized vignettes that show their relationships with their spouses, historical figures of the day and, occasionally, with each other.

The Woman in the Lake by Nicola Cornick

Title: The Woman in the Lake 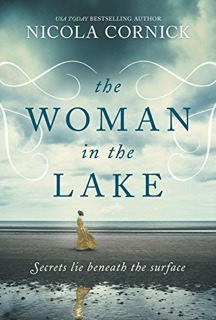 Plot: Fenella Brightwell, in present day, has rebuilt her life after a disastrous marriage, leaving London for Swindon, not far from where she grew up.   When her grandmother dies, Fenella receives a sumptuous gold silk dress that she had impulsively stolen on a visit to a stately home as a teen.  The dress had belonged to Lady Isabella Gerard in 1765, herself trapped in a vicious and loveless marriage, and has become an ill-omened garment that exacerbates out the worst attributes in those who touch it.    Somehow Fenella time slipped across the centuries to encounter Lord Gerard and snatch the dress from his obsessed grasp.   However, Fenella’s possession of the dress is not happy: it makes her kleptomania worse and she starts to feel she is being watched.  As she recognizes parallels between her life and Isabella’s, she begins to fight for her own new life and happiness.