Catching Up with Miss Hargreaves, Poppy, and Summer in Cape Cod 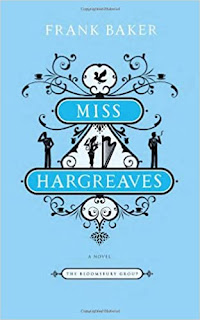 This book is a warning to anyone who ever embroidered a story or made something up that seemed hilarious to him (or her) but perhaps not so much to other people.  Norman Huntley and his friend Henry Beddow are on vacation chatting to a sexton when they make up an eccentric older lady called Miss Hargreaves.  Carrying on with their silliness, Norman sends a letter inviting her to visit his family in the Cathedral town of Cornford.  When he gets home, he is horrified to find someone named Hargreaves has sent a telegram stating she will arrive on Monday!  No one believes Norman when he says he doesn't know her and did not invite her, and once she arrives Norman is torn between pride in his creation, embarrassment at her behavior, and a strange affection for her that comes and goes. Miss Hargreaves' visit to Cornford threatens to destroy his life - unless or even if it is Norman who is behaving irrationally.  This is an amusing story, recommended by Simon at Stuck in a Book.
Read more »
Posted by CLM 1 comment:

My guest room has seven bookcases of children’s books, including this shelf which holds the Ellen Confords, three by L.M. Boston, Understood Betsy (which I couldn’t find when I needed it last month for the family read!), the Carol Ryrie Brinks, and my E. Nesbits.
Read more »
Posted by CLM 3 comments: 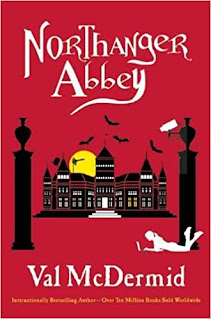 Northanger Abbey by Val McDermid (2014)
The Austen Project, in which Jane Austen was retold by 21st-­century authors, was commissioned (I assume) by HarperCollins, and here Northanger Abbey is reimagined in modern-day Scotland during the Edinburgh Festival, which sounds like so much fun.  Young Catherine Morland is obsessed with Twilight and imagines everyone is a vampire, which seemed an inspired tribute to the original character’s gothic imaginings.

Wives and Daughters by Elizabeth Gaskell 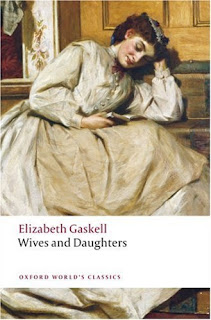 While every library has a charm all its own, a public library, which serves all, regardless of status, education, or wealth, is a resource that can be transformative to the widest range of users.  The Boston Public Library was the first large free municipal library in the United States.  Many visitors know the beautiful and recently renovated central library in Copley Square.  Designed by McKim Mead & White, it stands across the street from its equally famous neighbor, Trinity Church, the masterpiece of Henry Hobson Richardson, whom I have been studying this summer.

Time for another round of Bookshelf Traveling in Insane Times which is being hosted by Judith at Reader in the Wilderness.   The idea is to share one of your neglected bookshelves or perhaps a new pile of books.

Time for another round of Bookshelf Traveling in Insane Times which is being hosted by Judith at Reader in the Wilderness.   The idea is to share one of your neglected bookshelves or perhaps a pile of books on the floor that you keep meaning to read or at least make space for in a bookcase. 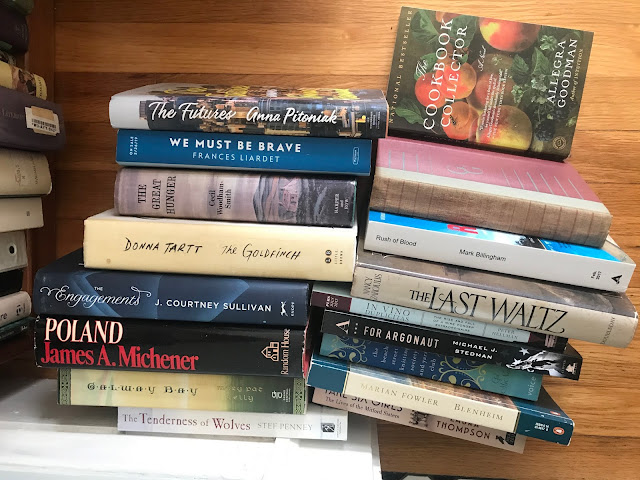 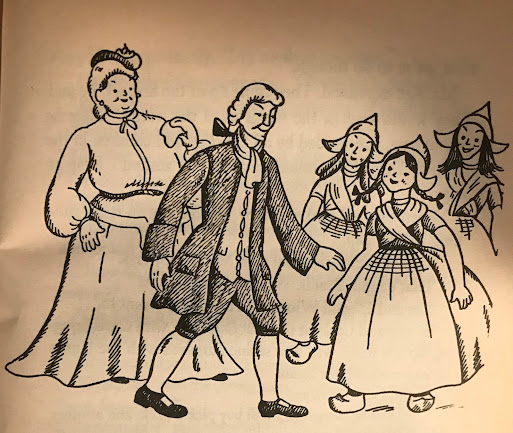 Naturally, the girls are very excited on the day of the performance for their stage debut.  The trio walks to Winona’s house and Mr. Root drives them downtown in his cutter.   Tib made daily visits to the Melborn Hotel to be coached by Mrs. Poppy (how does she know the part so well?) and since then has been rehearsing with the cast.  Surprisingly, Tib is not a “quick study” but once she learns something she is completely confident without no stage fright.   The girls are told they will cling to the coat-tails of the actor playing Rip.

An Air That Kills, the Lydmouth series launch by Andrew Taylor 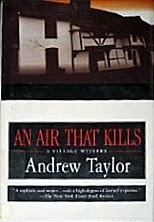