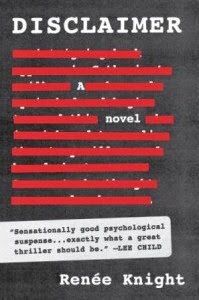 Plot: What if you realized the terrifying book you were reading was all about you?
Catherine Ravenscroft is a successful documentary producer with a secret she has kept for twenty years.  For reasons of her own Catherine never revealed what took place to her husband or son but now she has read a book called The Perfect Stranger – hand delivered to her home – she realizes is about what happened on that long-ago trip to Spain, depicting her as the villainess and plunging her into a nightmare.  On the disclaimer page, a red line is drawn through the “Any resemblance to persons living or dead...” statement.  Catherine thought the one other person who knew her secret is dead so who wrote the book and gave “Charlotte” a violent death?  And is it too late to tell her husband, before she ends up like the protagonist of the book?

Audience: Fans of suspense fiction; readers who enjoyed books like Before I Go to Sleep and Into the Darkest Corner.

My reaction: This was like two different books.  Told in flashbacks by two different narrators with different perspectives on the past, it started very slowly and it was hard to keep the characters and time frames straight.  About halfway through, it finally accelerated and caught my interest, becoming hard to put down, although I never warmed to anyone in the book.  Fast-paced and deftly written, this is a great summer read. The strength of the book was its unpredictability and the way it kept making me reassess my opinion of different characters. As readers, we are conditioned to recognize that a secret is likely to be revealed, sooner or later, and that will cause or add to the drama or tension of the story.  I was struck while reading Disclaimer by how it nudged at my professional responsibility - as an attorney I wanted to counsel Catherine to control the narrative by being the one to reveal her secret in her own way. The irony of her being a documentary filmmaker who is filmed instead of directing the film was not lost on me.

Interestingly, although the book is set in London, it doesn’t have a strong sense of place and I suspect this is on purpose.  Probably editor or agent, aiming for the next Gone Girl, believe that to appeal to an American audience the background should be generic (don’t they realize there are many Anglophile readers like me?).  However, I look forward to sharing this with my sisters, also big fans of thrillers.

Source: I received Disclaimer from the TLC Book Tours and invite you to visit the tour to read other reviews of this book:

The Lark Shall Sing (Book Review of my favorite Elizabeth Cadell)

Plot: First in a trilogy about the Wayne family, The Lark Shall Sing is a lively, humorous story about six orphaned siblings trying to find their way as a family in a small English village.  After their mother died, eldest sister Lucille rented their home, Wood Mount, for a year.  Now she says the best thing for everyone is to sell the house, but the rest of the Waynes react violently to that suggestion.
Read more »
Posted by CLM No comments: 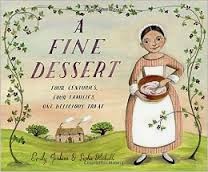 Plot: The subtitle of this book is “Four Centuries, Four Families, One Delicious Treat,” and that was enough to make me want to read a story about Blackberry Fool.  It follows four unconnected families enjoying a dessert that takes a little work to prepare, beginning with a girl and her mother in 18th century England who pick blackberries together, skim the cream and beat it with a bundle of twigs to make whipped cream, strain the berries through muslin to get rid of the seeds, chill the concoction in an ice pit, and enjoy it with gusto.  The second family is in 19th century South Carolina: the meal is prepared by their slaves, who only get to lick the bowl clean. The third family is in 1910 Boston! They buy their blackberries at an “open-air market” and the mother has a recipe book, a rotary beater for the cream, and a practically modern wooden ice box . 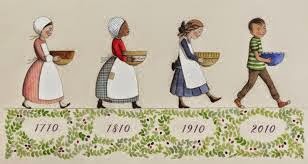 Finally, a modern day family in San Diego appears – a father and son – who find the recipe online and use an electric mixer to make the cream.  They serve it to a group of multiethnic guests of all ages.

The constant is the simple dessert with steps that endure over the years (basically unchanged despite advancing technology), performed companionably by an adult and child together, and a child who licks the bowl at the end. Families enjoying dessert for centuries - the universality of this topic seems to have delighted every person who came across this delightful book.

Audience: Precocious children and their relatives, cookbook and social history fans, families who enjoy cooking together. 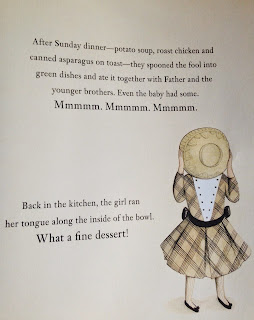 What I liked: What a charming book!  The text is understated, yet fully tells the story of each family.  The illustrations are perfect: showing historical detail and revealing humor.  See my favorite above where you can tell how delicious the last bite was.  Your mouth will be watering as you read along.

Historical detail: The author acknowledges that the book raises issues of slavery the person reading the book might want to explore.  She did not want to ignore the issue of slavery in 1810 but contrasts it to the more inclusive community shown in the contemporary family. I didn’t realize until I Googled Emily Jenkins that she is also bestselling author E. Lockhart, of whose YA books I am a big fan.  I once tweeted her to say I couldn’t wait for a new book – it was, of course, a figure of speech, but she very kindly responded by offering to mail me an advance reading copy.  I declined but was very grateful.* This book gives me new appreciation of her skill.


Adult readers will particularly enjoy the illustrator’s notes where she describes, among other things, trying out a bundle of twigs and researching what clothes the characters would have worn.  Her affectionate and painstaking attention to detail is what makes this book extraordinary.  She also shares the process on her blog and when I visited, I realized I have already enjoyed several books she illustrated. 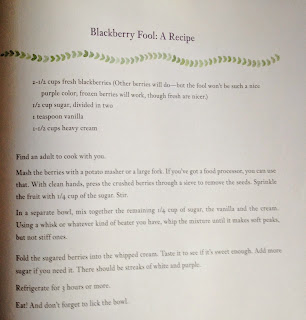 Source: I read about this book online and received it from a library in the Minuteman System. I plan to buy a copy for my niece.

*I am still a little annoyed with Books of Wonder: I couldn't attend E. Lockhart's booksigning for We Were Liars last May so went in person to order/request a signed copy.  My salesperson was abysmal: she hadn't heard of any of the books I wanted to buy.  She refused to leave instructions for the author to personalize We Were Liars (they did mail an autographed copy in time for my sister's birthday).  Sad you can't even do a favor for your former sales rep!  Porter Square Books and my friend Daniel at Boswell Book Company are always happy to oblige in this way. 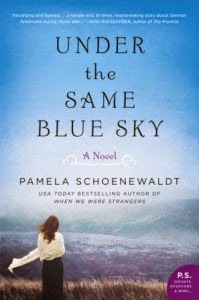 Plot:  From the USA Today bestselling author of When We Were Strangers and Swimming in the Moon comes an intricately drawn novel set against the turmoil of the Great War, as a young German-American woman explores the secrets of her past.

A shopkeeper’s daughter, Hazel Renner lives in the shadows of the Pittsburgh steel mills. She dreams of adventure, even as her immigrant parents push her toward a staid career. But in 1914, war seizes Europe and all their ambitions crumble. German-Americans are suddenly the enemy, “the Huns.” Hazel herself is an outsider in her own home when she learns the truth of her birth.

Desperate for escape, Hazel takes a teaching job in a seemingly tranquil farming community. But the idyll is cracked when she acquires a mysterious healing power—a gift that becomes a curse as the locals’ relentless demand for “miracles” leads to tragedy.

Hazel, determined to find answers, traces her own history back to a modern-day castle that could hold the truth about her past. There Hazel befriends the exiled, enigmatic German baron and forges a bond with the young gardener, Tom. But as America is shattered by war and Tom returns battered by shell-shock, Hazel’s healing talents alone will not be enough to protect those close to her, or to safeguard her dreams of love and belonging. She must reach inside to discover that sometimes the truth is not so far away, that the simplest of things can lead to her actual place in the world.

What I liked: This is a very unusual book because it depicts an underrepresented part of American history, the pressures faced by German-Americans when World War I broke out.   Most of the books I’ve read about the immigrant experience in the United States may show struggles but end triumphantly.   Schoenewaldt reveals the real struggles this hardworking German couple has assimilating and doesn't promise blue skies (except in the title): Johannes Renner is an industrious shopkeeper while his wife, a gifted cook, tries to create the perfect home and raises her daughter with the belief that Hazel can achieve anything.  However, the Renners’ place in the community is brutally rejected when their neighbors become unthinkingly patriotic (and, as we know, Americans continue to reject those who are different).  Betsy-Tacy fans will remember how Tib Muller, about the same age as Hazel, handles news of the war:


Tib put down the coffee pot from which she was refilling cups.


“Don’t you mean,” she asked, “that we’re going to be in it if the Kaiser doesn’t stop sinking our ships?”


Rocky looked as surprised as though a canary had pecked him.


“See here!” he said. “What kind of talk is that from a girl named Muller?”

The Renners’ experience in war-torn Pittsburgh and New Jersey and how they survive the war is very absorbing, and provides an interesting contrast to Maud Hart Lovelace’s portrayal of the same time frame in Minneapolis.

What I disliked:  While well worth reading, this was a very dark story full of melancholy characters and death.  Hazel’s healing powers were too mysterious for me; I couldn’t grasp where they came from or why they disappeared.  I also didn’t understand how Hazel could possibly return to a community that had treated her like a witch and hurt her friend.   And although I admired the author for not providing a conventional happy ending, I found Tom’s lasting shellshock very depressing, albeit realistic.

Source: I received Under the Same Blue Sky from TLC Book Tours and enjoyed it.  I invite you to stop by the tour to read other reviews of this book.