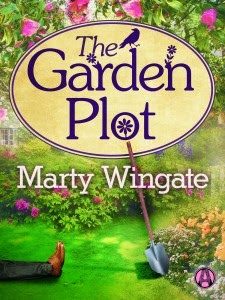 Plot: 50ish Pru Parke has always dreamed of living in England, her mother’s country, so after a failed relationship, she moves from Dallas to London hoping to get permanent work as professional gardener.  Giving herself a year to find a full time position, Pru makes ends meet through small projects so is pleased when she is hired by Vernona Wilson to tidy up a garden.  But when Pru finds a body in the garden shed, she is plunged into a police investigation.  Although intrigued by Detective Chief Inspector Pearse, Pru can’t help following up a few leads on her own, even though the handsome detective warns her she might put herself in danger…

Audience: Anglophiles, gardening fans and fans of cozy mysteries.  Remember that you don't need to own a Kindle to read an ebook.

What I liked: This is a charming debut mystery with an appealing heroine whose melancholy is understandable in someone basically alone in the world and living in a new city.  One yearns for Pru to alleviate her loneliness by making more friends, and DCI Pearse’s interest seems like more than enough reason for Pru to extend her sojourn in England.  There aren’t a lot of books about women of a certain age which is another plus for what I hope is the beginning of a new series.

Each chapter begins with a letter declining her services from one of the gardening positions Pru has applied for – I wish my job rejections were that funny (not that Pru is amused).

What I disliked:  I know a plot involving an amateur sleuth requires that she pursue her curiosity but I get tired of heroines who withhold information from the police and gratuitously put themselves in danger. It works better if there is some plausible reason other than pique to pursue leads on one’s own.   This was a good read although the whodunnit seemed a bit obvious.

Source: I received this book from TLC Book Tours (via the publisher and NetGalley) and urge you to stop by the Garden Plot tour.   This tour includes a giveaway for a Grand Prize of a $30 egiftcard to the ebook retailer of the winner's choice, and a First Prize Mystery Prize Pack of three mystery mass market paperbacks and a gardening title from Random House.
a Rafflecopter giveaway 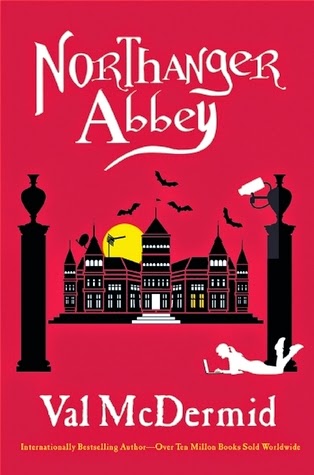 Plot:  Giddy teenager Cat Morland, a minister’s daughter, is invited to accompany affluent and generous neighbors, the Allens, to Edinburgh for the Festival.  Homeschooled and naive, Cat has spent more time obsessing over Twilight than preparing for a career.
Read more »
Posted by CLM No comments: