So Great a Love (Book Review)

Plot:  It is 1641 and lovely Lady Henrietta Wade, known as Hal, is lady in waiting to Queen Henrietta Maria, wife of Charles I of England (the cover actually comes from a portrait of the Queen).
Read more »
Posted by CLM 2 comments: 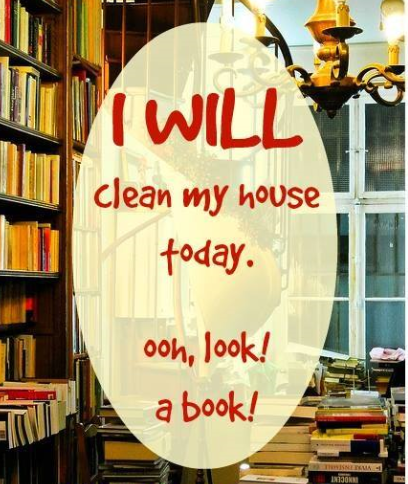 How true, how true!
Posted by CLM 2 comments:

The Idea of Him (Book Review) 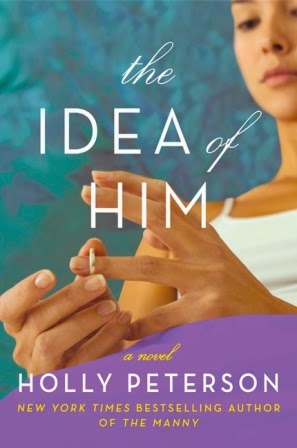 Plot: Chick lit used to refer to a genre of fiction involving sprightly single women experiencing the travails of love and a usually not too demanding career, surrounded by friends and family (in that order).  The genre expanded (perhaps as that first group of Bridget Jones readers aged, or perhaps because the industry needed some fresh plots) to include busy working women, with bland or troubled marriages, facing some kind of challenge, sometimes with the spouse.  Points/extra credit if the book is set in a vibrant city like New York or London, though I am partial to the quaint village backdrop which is a favorite of British authors such as Katie Fforde. 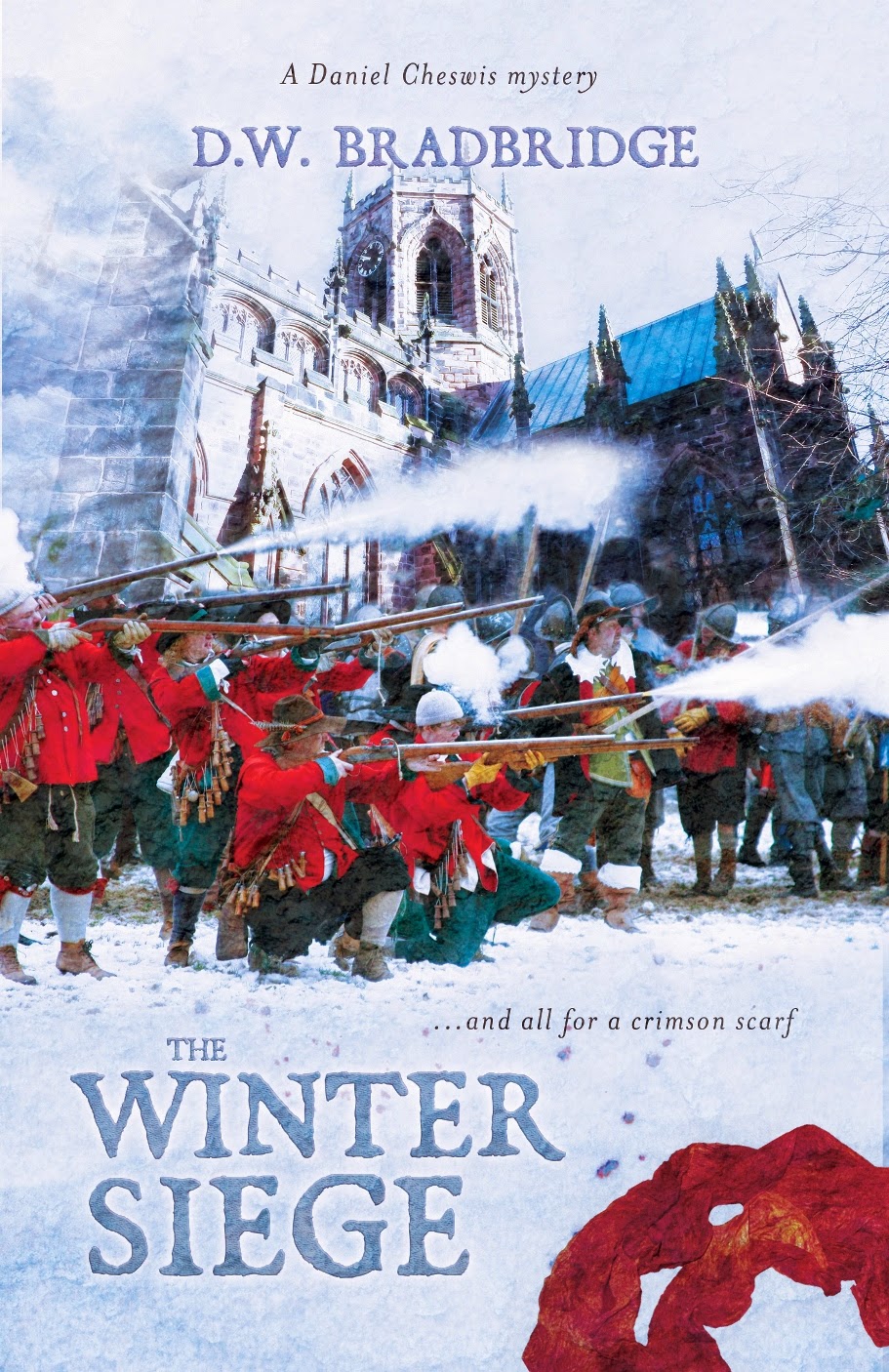 1643. The armies of King Charles I and Parliament clash in the streets and fields of England, threatening to tear the country apart, as winter closes in around the parliamentary stronghold of Nantwich. The royalists have pillaged the town before, and now, they are returning. But even with weeks to prepare before the Civil War is once more at its gates, that doesn’t mean the people of Nantwich are safe.
Read more »
Posted by CLM 1 comment:

When David C. Scheper, former Harvard center turned attorney, was in Boston recently, he told me Common Ground by J. Anthony Lukas, was one of his favorite books, and asked me to describe how the Boston neighborhoods depicted in that book geographically relate to the parts of Boston with which he is more familiar.  Common Ground, a Turbulent Decade in theLives of Three American Families, won the Pulitzer in 1986 for its memorable depiction of three Boston families from very different backgrounds experiencing Boston school desegregation in the 1960s and 1970s.   My father, having worked with legendary judge W. Arthur Garrity in the U.S. Attorney’s Office (who later issued the decision that mandated school busing), was one of the first people Tony Lukas interviewed for the book, and I am very familiar with it. 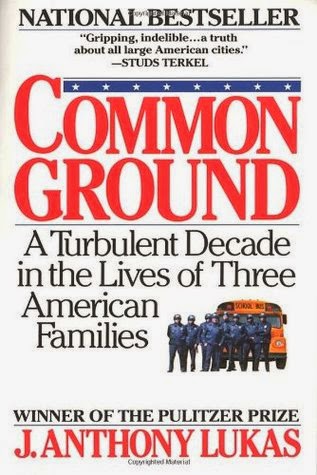 I started by drawing the Boston neighborhoods on a napkin, starting in Allston with Harvard’s football stadium and basketball’s Lavietes Pavilion, where we had just attended a game.   I added Brighton, where I lived as a child, then added my current neighborhood, near the southwest city limits.   I sketched in the three neighborhoods which Lukas focused on in his narrative, and the next day I found myself giving an actual Common Ground tour.  Having lent my copy to a law firm colleague who never returned it, I borrowed one from my parents, which has lovely map endpapers.
We started in the South End, where the first family profiled, the Divers, resided in a neighborhood that was then just beginning its gentrification and is now extremely trendy and expensive.  Colin Diver was an Amherst College and HLS educated assistant to then Mayor Kevin White.   He later became the president of Reed College.  Like many well educated Bostonians, he and his wife were torn about whether to send their children to city schools or to move to the suburbs.   We found 118 West Newton Street where the Divers had bought a townhouse for $27,000 in 1970 (I assume it would be worth several million dollars now).
Next we drove to Charlestown, the oldest neighborhood in Boston and one of the prettiest.   Although it has nothing to do with the book, I had always wanted to climb to the top of the Bunker Hill Monument, so we made a brief detour (what is known in the legal world as a frolic).  The Battle of Bunker Hill (June 17, 1775) received its name because it took place nearby, and Dr. Joseph Warren, a noted doctor and Patriot (who attended Roxbury Latin like my father and brother) was killed in combat when the British stormed Breed's Hill where the battle took place.  Dr. Warren is honored on the ground floor of the Monument.   The British won but suffered great loss of men and the Colonists gained confidence for the future. 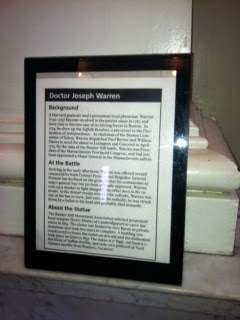 The infamous Charlestown High School faces Monument Square.  The housing project where the second family lived, the white Irish-Catholic McGoffs, is a few blocks away.   It does not appear to have changed much in the intervening years, although Charlestown itself is a neighborhood that has moved in two directions with a poor section and affluent young professionals.   The original high school, dedicated in 1848, had been replaced by a neo-classical building in 1907 which was attractive on the outside, and in recent years was converted to expensive condos (a 1427 square foot corner unit is currently on the market for $849K).
The third family, the African-American Twymons, lived in Dorchester.  By the time we reached their former street, it was raining which added to the lurking depression of the neighborhood.  A few teens were playing basketball but the other people hanging around outside did not look welcoming.  We weren’t sure which house was correct and decided against lingering but David gamely posed, having previously phoned his wife in California to warn her he was heading to a dangerous part of town.  “Then I’m glad you called to say goodbye,” replied the imperturbable Barbara.
I remember my mother explaining to me as a child that the bigots in South Boston who threw rocks at school buses didn’t even realize that the schools in their neighborhood weren’t any good either and that they should be fighting for better standards, not targeting innocent children.   She also believes that if Richard, Cardinal Cushing (best known outside Boston as the priest who officiated at President Kennedy's wedding and his funeral), a member of the NAACP, had not died in 1970, he would have ridden the school buses with the African-American children bused to Southie and no one would have dared throw a rock.  His successor, Cardinal Medeiros, did his best, condemning the violence and bigotry but he was not liked by the Irish Catholics of Boston, who ignored him.
The book examined how desegregation divided the city of Boston, and how these three families shared a common goal of wanting a good education for their children, and how frustrated all of them were by the court ordered busing and the disruptive fallout.  Lukas interviewed many families before finding three that were willing to share, not just their stories but their sociological perspectives: one white and upper middle class, one white working class, and one African-American working class.   The McGoff and Twymon daughters wound up being classmates at Charlestown High School, both from large families headed by a very assertive mother.    In fact, Alice McGoff was a vocal leader of the anti-busing movement.   The hardest parts of the book for me were reading the descriptions of the Twymon family’s struggles as the matriarch, Rachel Twymon, lost control over of her children and her heartbreak resulting from their destructive behavior.  Her passionate belief in education couldn’t help preserve her family or improve their lives.  For those reading the book, Lukas created a panoramic glimpse of the history of Boston and the way urban education fails many of those enrolled, including those who most need it.
It was a great excursion, and is now part of my literary tour lexicon.  Happy Birthday, David!
Posted by CLM 1 comment: