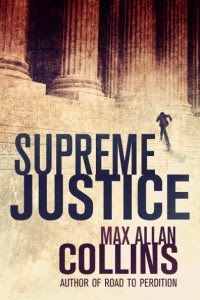 Plot: When one conservative Supreme Court justice dies in a seemingly random robbery, it is shocking enough, but when a second conservative justice is murdered, it is clear to former Secret Service agent Joe Reeder that some enemy of the Court has an agenda and could be planning a dramatic reconfiguration of the court.  Reeder once saved the president’s life by taking a bullet but that heroic act indirectly led to his retirement.  Now his friend, Gabriel Sloan, is the FBI’s agent in charge of the case and asks for Joe’s help investigating the crimes that threaten to bring DC to a standstill.

Audience: Fans of suspense, legal thrillers, and readers like me who wish they had clerked for a Supreme Court justice.

What I liked: This is a fast paced thriller with several interesting characters, and although they are not fully developed, it is a fun if predictable summer read which I will share with my father.  Reeder is an interesting protagonist: someone who was dedicated to his job as a Secret Service agent and respected the presidency although not the incumbent whose life he saved.   Unfortunately, he shared his feelings too openly so while he was admired for his dedication to duty he was pushed into retirement.   Now that I have thought about it, I would prefer that those who guard the President avoid political partisanship as I had to do when a federal employee.  However, in fiction, I found the differing political viewpoints of the characters interesting.   I am reminded of something I read earlier today - that we should not be divided into conservatives and liberals but haters and non-haters (of course, I can't recall where I saw it or I would provide a link).

I particularly enjoyed the quotations from Supreme Court justices which begin each chapter.   This is billed as a standalone by prolific author Collins but I would read another book about Reeder and FBI agent Patti Rogers.

What I disliked: The author’s research on Supreme Court justices was incomplete: even if Patti is clueless enough to call the Chief Justice “your honor,” Reeder had met him before so would have known to address him as “Chief Justice.”   Moreover, the justices are guarded by a special police force in DC and by federal marshals when they travel so perhaps would not have been quite such sitting ducks as implied (although the book is set slightly in the future so I suppose security cuts could have been made).   And, given that Justice Venter’s invitation to his clerk, Nicholas Blount, (which results in his death) was spontaneous, how did the killer know they would be at the bar in time to set up the attack?   Perhaps Amazon’s new imprint does not include any actual editors who could have provided some suggestions to Collins and Clemens.

Giveaway:  Thanks to the publisher, I have a copy to give away.   If you are interested, please leave a comment telling me something you have enjoyed reading recently and I will pick a name.

Source:  I received Supreme Justice from the TLC Book Tours and urge you to stop by the tour to learn more about the author and see what other reviewers had to say about this book.

Blade of the Samurai (Book Review) 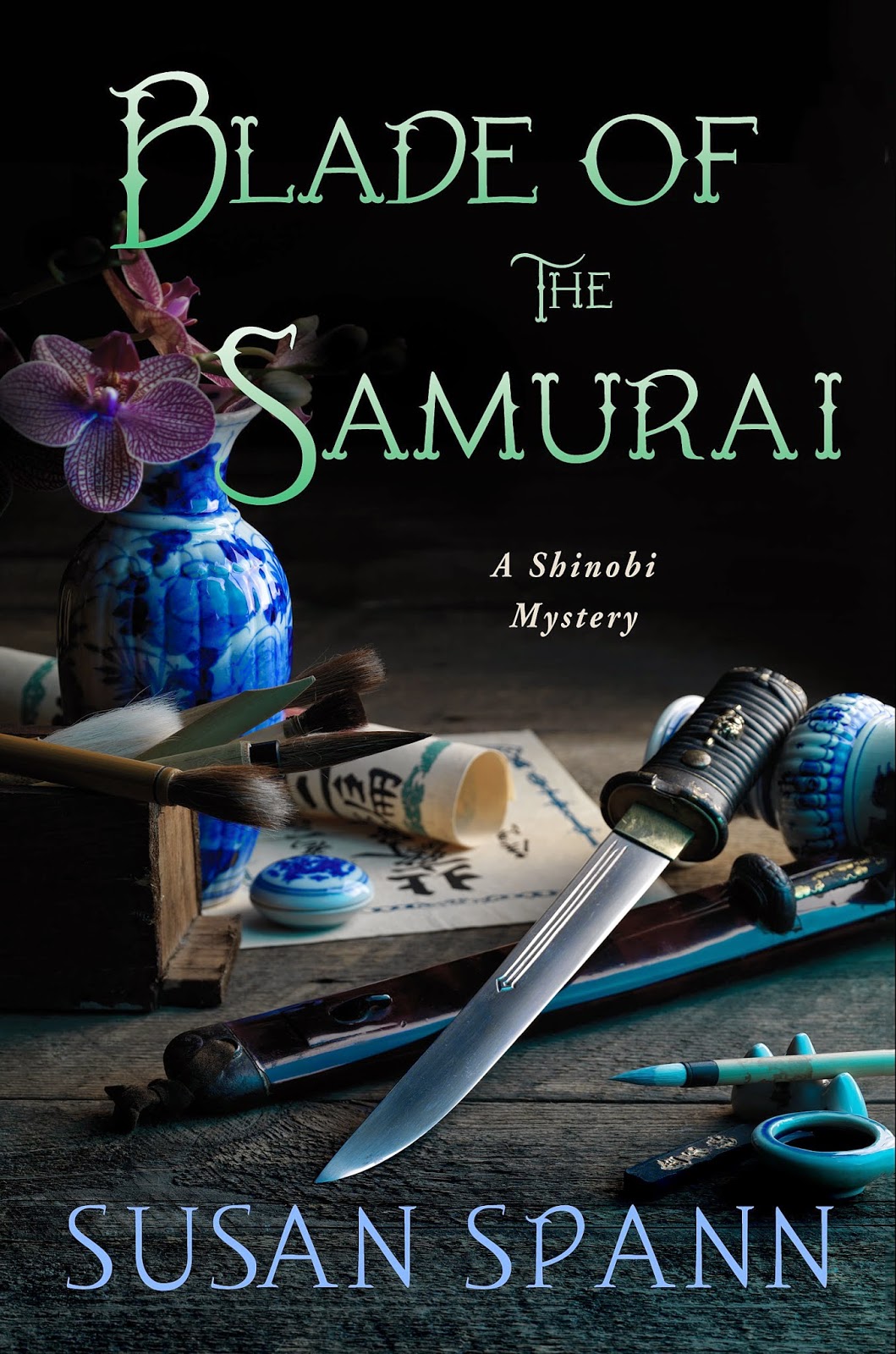 When the Shogun summons Hiro and Father Mateo, the Jesuit priest under Hiro’s protection, to find the killer, Hiro finds himself forced to choose between friendship and personal honor.

The investigation reveals a plot to assassinate the Shogun and overthrow the ruling Ashikaga clan. With Lord Oda’s enemy forces approaching Kyoto, and the murderer poised to strike again, Hiro must use his assassin’s skills to reveal the killer’s identity and protect the Shogun at any cost. Kazu, now trapped in the city, still refuses to explain his whereabouts at the time of the murder. But a suspicious shogunate maid, Saburo’s wife, and the Shogun’s stable master also had reasons to want Saburo dead. With the Shogun demanding the murderer’s head before Lord Oda reaches the city, Hiro and Father Mateo must produce the killer in time … or die in his place.

Audience:  Fans of mysteries, historical fiction, those interested in Japan or Jesuits

What I liked: This is a fun and completely different mystery.  It was also very well written.  For someone like me who has been fascinated by the 16th century since childhood, it was intriguing to read a mystery set in an unfamiliar culture, rather than the England, France and Italy so familiar to a Ren/Ref major.  Hiro is the Jesuit’s bodyguard and they form an amusing detective duo.  Hiro is sometimes a little condescending of Father Mateo’s seeming cluelessness about Japanese and samurai culture but he often has insightful observations and is an essential part of the team as they investigate a murder at the shogun’s palace.  There is added pressure not usually found by amateur sleuths – a threat that if they don’t find the killer, their lives may be forfeit so the Shogun has a scapegoat, even if they are innocent.

This is the second in a series, and can be read alone but I instantly went looking for book 1, Claws of the Cat (you know I hate to read out of order).  Minotaur Books can always be relied upon for good mysteries!

Susan Spann is a publishing attorney, which intrigued me when I first heard about this mystery.  Her interest in Japanese history, martial arts, and mystery inspired her to write the Shinobi mystery series featuring Hiro Hattori, a 16th century ninja who tries to bring murders to justice with the help of Father Mateo, a Portuguese Jesuit priest attempting to convert the Japanese.   You can read her blog or follow her on Twitter.

What I disliked: I never forgot the setting but if it hadn’t been spelled out, I am not sure I would have guessed when the book took place.  The characters were not anachronistic exactly (my frequent complaint) but  I would have liked a stronger historical feel, not just a sense of different culture.

Source: I received this book from the Historical Fiction Virtual Book Tours and urge you to stop by the tour to learn more about the author and see what other readers had to say about this book.
Posted by CLM 1 comment: