Boston and the Civil War / Barbara Berenson – my talented friend Barbara has followed up her successful Walking Tours of Civil War Boston with a book that reveals to Revolutionary War-obsessed fans that Boston was actually the hub of a second revolution that ended slavery.  My mother has a friend who is a descendant of William Lloyd Garrison so I was always aware of the role of the abolitionists – this provides a close look at those "dedicated to ending slavery and honoring the promise of liberty made in the Declaration of Independence."

Divergent / Veronica Roth – although tired of dystopian novels and unable to get into this in print form, I was curious enough to try it on CD a year later, and am now enjoying it (although why do heroines have to get beat up so frequently in this type of novel?).
Read more »
Posted by CLM 1 comment: 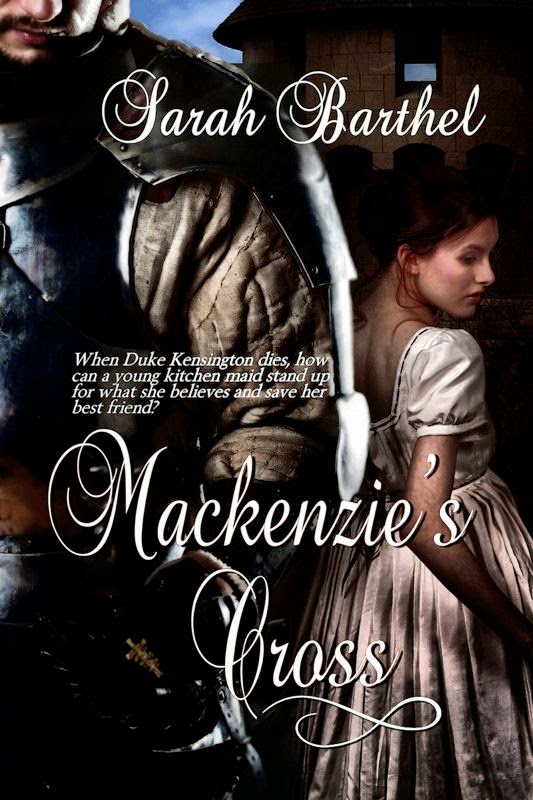 Plot: Mackenzie, a modest kitchen maid in the household of the Duke Kensington, is plunged into intrigue when the Duke is murdered.  Her only friend, Adilla, the head cook (think Daisy and Mrs. Patmore), is arrested so Mackenzie is forced to seek answers among the nobility, most of whom regard her with suspicion.  Only visiting knight, Sir Patrick of Chester, trusts Mackenzie enough to join her in seeking answers.

Audience:  The style and prose seems more targeted to a teenage audience than the adult historical romance market, although the plot involves torture, betrayal and violent death.  The heroine’s sweet personality and determined loyalty might be appealing to teens who should appreciate the mixture of romance and suspense.

What I liked: Barthel does a good job depicting the busy life of a castle, although I doubt kitchen maids had as much free time and privacy as Mackenzie.  And everyone enjoys a plucky heroine! My two favorite characters were the young squire, John of Chester (despite his anachronistic comment, “I don’t believe in treating the lower classes like they are  -- well, lower.  They are the foundation we stand upon.”), who befriends Mackenzie in the kitchen and his older brother, Sir Patrick.

What I disliked: I felt there were some holes in the plot and at time the heroine was irritatingly naïve.  Mackenzie suspects the Duke was murdered, thus believes a killer is on the loose, but persists in confiding in the wrong people and wandering around alone, outspoken and vulnerable.  Also, why is the Duke of Kensington referred to as Duke Kensington (none of the dukes in this book get an ‘of’)?  Why isn’t his wife the Duchess instead of Lady Evelyn (just an error in title usage?)?  Who was Mackenzie’s father?  Is it likely a group of jealous nobles would accept a bastard daughter as heiress to a deceased duke than his legal wife?  Admittedly, I am sure they would prefer to usurp the land or marry the widow or daughter to acquire it more conventionally.  There is also a confusing subplot involving a character with leprosy, except that it turns out she doesn’t have leprosy.  I was hoping the leper would be revealed as Mackenzie’s mother, which would have made just as much sense as the inadequate explanation of her origins.

Source:  I received this book from the Historical Fiction Virtual Book Tours and urge you to stop by the tour to learn more about the author and see what other bloggers had to say about this book.   You can also purchase the book:

To win one of two copies of Mackenzie’s Cross, please complete this form: Rafflecopter giveaway.  Giveaway is open internationally but ends at 11:59pm on June 4th so enter quickly. You must be 18 or older to enter.  Winner will be chosen via Rafflecopter on June 5th and notified via email.  Winner has 48 hours to claim prize or a new winner is chosen.
Posted by CLM No comments: