According to Goodreads, I read 145 books in 2010, primarily fiction. My four favorites were from very different genres: a haunting timeslip set in Scotland, primarily historical fiction; a semi-autobiographical novel about a famous English vet; contemporary fiction about an irritable retired English officer; and a YA about a spoiled teen who doesn’t value her family and friends until she loses them.

The Winter Sea/Susanna KearsleyKearsley mingles the present-day story of a writer searching for inspiration in Scotland with a compelling and very romantic 18th-century tale of love and heartbreak, which I could barely put aside to sleep. It’s not the first time I have tried to get people excited about this author but this is by far her best book and I think readers are beginning to catch on. Here is a link to the review I wrote last year. This was my favorite book of 2010. 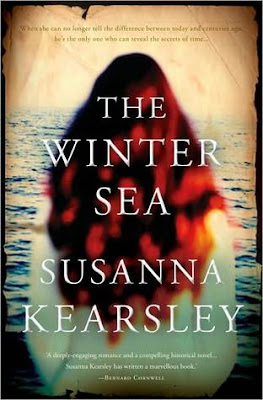 All Creatures Great and Small/James Herriot
Originally published in 1972, Herriot’s semi-autobiographical books about his work as a vet in Yorkshire are also known to a wide audience from popular television series. I found this at the library and listened on CD as I drove to Montreal and back in January, and just loved it. 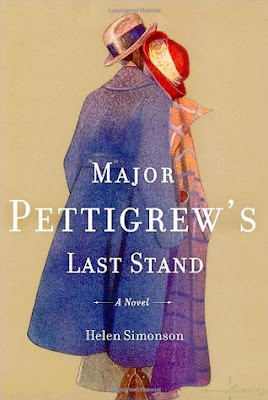 Major Pettigrew’s Last Stand/Helen Simonson
Major Ernest Pettigrew is petty and pedantic when the story begins but his friendship with a widow of Pakistani descent shocks the neighbors and enables him to break free of stifling class prejudice to finally enjoy his retirement. Learning the author is a Georgette Heyer fan confirmed my belief that she must be a kindred spirit.


Before I Fall/Lauren Oliver
I did not expect to love this book about a spoiled and heedless Mean Girl, the type I would have avoided in high school, but somehow Samantha earns the reader’s respect and affection as this book develops. It was my favorite YA of the year.

4 Stars (in no particular order)

The Piano Teacher/Janice Lee
Set in Singapore during WWII and written by a young Harvard alumna, this was a fascinating book that reminded me of Tenko, a television series I used to be obsessed with. I found the heroine annoying and the ending disappointing or it might have earned a higher ranking.

Beginner’s Greek/James Collins - Written tongue in cheek, depending on absurd coincidences, I enjoyed this chick lit told from the guy’s perspective. I do not, however, recommend it for a book group discussion as it is too light for that.

StarCrossed/Elizabeth Bunce – I loved the author’s first book, A Curse as Dark as Gold, and this YA fantasy was nearly as good. The beautifully described quasi-Renaissance setting was a bit marred by the sloppy and colloquial use of “guys,” but perhaps that can be edited for the paperback.

Pegasus/Robin McKinley – Of course, this was outstanding: that is the only kind of book Robin McKinley can write but it was cruel to publish only half of the story in 2010…. I remember once when I worked with Daw, deciding to split Tad Williams’ To Green Angel Tower (but that was when the manuscript came in enormously long), and being told the fans wouldn’t like it. We did it anyway and I apologize to all those fans now! The only way to do this effectively is to hold publication until you can publish v1 and v2 fairly close together. I do not think that would have hurt sales.

The Kitchen House/Kathleen Grissom – A fascinating and ultimately tragic historical novel about a (white) orphan brought up as an indentured servant by the black slaves on a Virginia plantation.

Rebels and Traitors/Lindsey Davis – I am told this was the longest book I read in 2010 at 784 pages. While I love books about the English Civil War and certainly enjoyed this, it was dark and bleak, not to mention exhausting. And did I say harrowing? In addition, much of the book was spent waiting for the hero and heroine to meet, and there was a weird recurring third character I became very weary of. Had this not been about one of my favorite periods, I am not sure it would get four stars. I must admit I prefer Pamela Belle’s happier sagas such as Wintercombe (if only Sourcebooks would publish them in trade paperback!).


Queen of Palmyra/Minrose Gwin – Here is a link to the review I wrote for this book, reminiscent of To Kill a Mockingbird.

Never Look Away/Linwood Barclay – My friend Danielle introduced me to this suspense author from Canada (that makes two Canadian authors on my list). I think there are still a few I haven’t read.

The Wives of Henry Oades/Johanna Moran - This was a vivid and compelling historical novel about a wife and children captured by vengeful Maori, and it would have got 5 stars if I hadn’t found the last section of the book a letdown.

E Lockhart’s Ruby books – this series is hysterically funny, although the premise that this insecure girl with glasses is fighting off boyfriends (whether she believes it or not) is improbable. I just finished the fourth book but could not read it on the train because the title was too embarrassing!
Posted by CLM

Great list of books! I am already starting on my 2011 reads and just finished reading a great historical fiction that I can't stop thinking about, titled, "The Scorpion's Bite" by Aileen G. Baron. This is an archeological thriller novel set in the WWII era, which takes place in Jerusalem and the Middle East. Pretty exciting read. I am going to check out a few of the books from your post! Thank you!

The Winter Sea sounds wonderful--how did I miss this one? Everyone seems to be raving about Major Pettigrew's Last Stand, so I'll have to give it a whirl too. I read All Creatures a long time ago, but I remain a devoted fan of the TV series and faithfully watch the Xmas episode every year in December.

A good years' worth of reading there!

I am reading The Winter Sea, passed to me by a Church friend when she heard of my broken wrist. If I weren't getting ready for a Valentine Party I would be finishing it now. It's gripping, but feeling that I know it will all end in tears for the 18th c characters has kept me from finishing it,

I read the Wintercombe series last year and throughly enjoyed it.

I JUST discovered Staircase Wit...where have you been all my life! IT was Elswyth Thane who grabbed my attention, as I remember with such fondness reading her books when I was a teenager (almost 50 years ago)! But my question is about Robin McKinley's "Pegasus," which I was infuriated when I finished and realized that it was incomplete. And she has never published the second! Unforgivable in one of my very favorite authors! Does anyone know about her and whether she will ever publish another book, specifically give us closure on Pegasus? Heard anything? There's nothing I can find on her website.

I am guessing she has writer's block. After all, she was never able to return to Damar after The Hero and the Crown, was she, other than a few short stories.