Friends who know my love of this period have been asking for my recommendations of great books set around World War I, so I have compiled a list. I also include a few favorites outside this time frame likely to be enjoyed by those who share my taste. Some are out of print and may be hard to find – try your library or bookfinder.com!

Ever After, The Light Heart and Kissing Kin / Elswyth Thane (Are you familiar with Thane’s beloved Williamsburg novels? She is one of my all time favorite authors, and if you don’t mind starting mid-series, I will let you start with books 3, 4 and 5 above which involve the Day (from Virginia) and Campion families in England prior to and during WWI. As Thane was American, you won’t need to worry about the unflattering depiction of Americans often encountered). 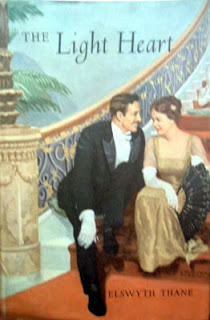 Sabrina / Polland (Set in Ireland before WWI, this is the story of an aristocratic family not unlike the Crawleys. I wish someone would make a miniseries of this book!)


Came a Cavalier / Keyes (Heroine, Connie, is a student at Tufts when she decides to go to WWI France to nurse)

I’ll Bring You Buttercups / Elgin (Set during WWI, this is a story of the servants and the family they serve on a Yorkshire estate)

River of Darkness / Airth (Suspense set just after WWI; a dark but compelling read, first in a trilogy)

Night Shall Overtake Us / Saunders (girls meet at boarding school before WWI and pledge eternal friendship – clearly tempting fate because who is more likely to betray you than a teenage girl, even without a war ahead?)

The Great Impersonation / E. Phillips Oppenheim (a classic WWI spy novel I found in the college library when I should have been studying)

The Storms of War / Kate Williams (The wealthy de Witt family is shunned by their English neighbors because of their German roots, while Michael enlists to fight in France and his sister Celia signs up to do her bit by driving ambulances)

Birdsong / Faulks (a young Englishman, Stephen Wraysford, works in France and falls in love before the war, then returns to fight in the trenches, determined to survive - I hear the BBC is currently dramatizing this)

Testament of Youth / Vera Brittain (another great PBS series in its day; although brought up in the shadow of her older brother, Vera becomes a feminist and is determined to go to Oxford but WWI interferes…)

Into the Breach: American Women Overseas in WWI / Schneider (describes some of the 10,000 American women who went to Europe to perform some kind of nursing)

George, Nicholas and Wilhelm: Three Royal Cousins and the Road to World War I / Carter (About the famous first cousins: King George V of Britain, Kaiser Wilhelm II of Germany and Tsar Nicholas II of Russia)

In addition to Lady’s Maid above, Margaret Forster has also written several nonfiction books that might be of interest: Hidden Lives, her biography of her grandmother, mother and herself, and Rich Desserts and Captain's Thin tells the story of the Carr family, a Quaker family who set up a biscuit making business in Carlisle which became one of the largest baking businesses in Britain.

Penguin Book of First World War Poetry (38 British, American and European poets are featured so you get more than just Wilfred Owen)

As many of you know, Flambards by K.M. Peyton, is one of my favorite book. It is the first in a four book series, set just prior to WWI, about orphaned Christina Russell who is sent to live with her cousins in the country, one mad about horses and hunting, one about aviation.

Rilla of Ingleside / L.M. Montgomery (Rilla is the youngest of Anne’s children and comes of age during WWI in Canada. She is very different from Anne but has her own charm. There is a fabulous new edition for real fans).

Quantock Chronicles / Ruth Elwin Harris. (In the US, the first book is called Sarah’s Story. This series is about four orphaned sisters and the neighboring family of boys)

The Foreshadowing / Marcus Sedgwick (All Sasha wants to do is nurse during WWI but she is cursed with the gift of being able to see when someone is going to die, including her own brother)

An Hour in the Morning / A Time in a City / Gordon Cooper (Kate leaves school at 12 to become a maid for a comfortably off family; by the second book it is WWI; delightful stories)

Oooo, I will definitely have to check some of these out! The only one I've read is Rilla of Ingleside (which I loved, though only after I reconciled myself to it being a very different book than the earlier Anne books).

Brilliant selections Constance! I've read many of these, but the Airth mysteries are completely new to me, and you've reminded me of many old favourites too! How exciting Amazon uk has Yankee Stranger available to purchase for Kindle too. I hope they will release them all that way eventually.

Donna, I think you were the one who recommended the Carr book years ago; thank you. I had forgotten how cute the cover is.

Had to come and make sure Rilla was in there! I also think of Betsy and the Great World and Betsy's Wedding, although they are not as war-saturated as Rilla.

I'm in the midst of Edward, Nicholas, and Wilhelm right now. (And loving it, of course -- do you even need to ask?)

I've never even heard of about half of these, C, so you've just done cruel things to my TBR list. (Not to mention inspiring me to do a similar post of my own. It'll be a good excuse to delay a little longer the whole snow-removal thing.)

Hopped over here from Charlotte's Library and had to laugh-- Betsy-Tacey, ImageCascade (go, Beany!), L.M. Montgomery AND Downtown Abbey? We might possibly be twins separated at birth! Thanks for the reading list-- I'll definitely take a look!

Wow, this is a great list! Lots of books that I haven't read, or even heard of...I shall have to track down Memory Garden!