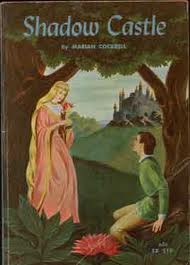 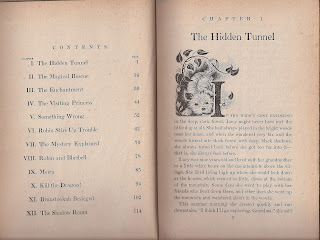 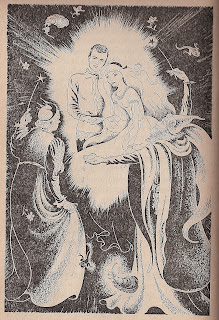 Source: This was one of my mother’s childhood favorites, and I inherited her dark green hardcover. The pages are yellowed, the dust jacket long gone, and it contains a note that it was “produced in full compliance with the government’s regulations for conserving paper and other essential materials” during WWII. I recommend Shadow Castle to girls who like fantasy with humor.  It's also a great comfort read!  There are many other fans online, most of whom found the book through Scholastic Book Services in the 60s.
Posted by CLM

Shadow Castle was my favorite book when I was 10 years old and is still my favorite at 76.As a baby sitter in college I used it's three stories of Mika, Gloria and their two children to keep my own charges fascinated. (This was the era of Puff, the Magic Dragon and he was a slouch compared to Barnstooka.)

I, too, found this book through Scholastic Book Services, and remembered it fondly through the years! I finally tracked down a copy through Ebay and have enjoyed it over and over. A lovely story, and Flumpdoria is my favorite name, ever!