My viewing (and recapping) of the last two episodes was delayed by a trip to Edinburgh and London but overall I enjoyed this series.  I did, however, lose a lot of my sympathy for Alice and Aafrin, as the moral focus of the story line shifted to Ian, now despised by all the self-righteous Brits because he took the stand on Mr. Sood’s behalf. Even worse from his and the viewer's point of view, his testimony was useless and Mr. Sood has been condemned to death (in addition to being falsely accused, he has a good argument for police brutality).

Back to the American gold diggers: Madeleine is trying to persuade her brother not to leave for Chicago. The next minute Eugene dies of malaria – he had been recovering from a previous bout but somehow this has to be Cynthia’s doing: she had moved him to an unpleasant part of the Club although I thought he was staying with Ralph. I never figured out why she didn't engineer the break-up of the engagement once she knew that there was no fortune for her precious Ralph.

Poor miserable Sarah is spying on the Mission School and sees that Dougie, Leena, her son and Alice are all hanging out having fun without her. When Alice tries to be kind, Sarah suggests they go to the Club so she can tell everyone about Alice’s late husband and that will distract from Sarah’s humiliation at the trial. It's no wonder she is friendless!

Aafrin and Sita finish breaking up but with the unerring instinct of a repudiated ex, she realizes that he cares about Alice. “Aafrin’s got an English missy!” she taunts him, but concludes more seriously, “We could have been so happy. They’ll tear you apart.”

Adam appears mysteriously, as is his wont, and takes a ride on the famous Whelan rocking horse. Ralph, torn between fear his illegitimate child will become known and what appears to be sincere interest in said child, approaches him in a friendly way and invites him into the house. Adam instead hands him a note that reminded me of the Princess Bride reading something like, “My mother is dead. You are demon. You are my father.” It is signed, “No name.” Well, at least this shows the mission school has been educating him!

When Alice asks who was there Ralph, still shocked, says, “No one,” and asks her what Sarah had to say. “Oh, nothing,” lies Alice, worried about Sarah's threats. If only these two confided in each other!

I was right about Cynthia – she is coaxing Madeline to go home with Eugene’s ashes. “I know Ralph would understand if he loves you,” she says gently, then tells her servant Kaiser to book Madeline the first boat possible to New York.

The Viceroy thinks all the political unpleasantness between the Indians and the British could have been avoided with a little more courtesy. Ralph has a better grasp of current affairs but is stuck working for an idiot.

Aafrin’s blackmailers confront him about the certificate he took from the coroner’s office. They want him to conspire with them and they want an answer today.

Alice finally reveals the truth about her marriage to Ralph while they are on their way to kiss up to a Nawab being honored at the Club, when he asks Alice what she is so afraid of. “Losing my son!” she explains. “But why?" he asks, clearly not understanding.  She tells Ralph her husband is "perfectly decent in his own way,” astounding Ralph, who assumed her husband was abusive and had deserted Alice. In fact, Alice left him and took his son to India. Alice tells Ralph about Sarah's blackmail.

Ralph tells the somewhat precious Nawab he's heard there is going to be a big rally to celebrate the end of Ghandi’s hunger strike. He is about to spin the current situation but when he catches Dougie and Sarah arriving at the function, he abruptly leaves the Viceroy and Nawab. Cleverly calculating, Ralph asks the Raworths what their plans are for their son Matthew and offers to help secure him a scholarship at his old school. Sarah takes the bait, proving that Alice should have confided in her brother weeks ago.

Alice, grateful for her brother's efforts on her behalf, tells Ralph she is sorry about Madeline leaving. The departure is news to Ralph (and it is implausible Madeleine could have left on a voyage around the world without his knowing - this is not La Dame aux Camélias) and he confronts Cynthia, whom he guesses is behind it, and she points out that he never loved Madeleine. That may be true but Ralph is sick of being manipulated. He reminds Cynthia that he was just 21, an Assistant Magistrate, when he met Jaya’s father through a land dispute. Ralph then met Jaya and fell in love with her. They discussed marriage (despite a dramatic difference in standing). After Ralph told Cynthia about the relationship, she arranged for him to be transferred to Burma, a thousand miles away. Ralph then received a letter from Jaya saying there could be no further contact between them as the local headman disapproved. Ralph very belatedly accuses Cynthia of having engineered the end of the affair, of knowing Jaya was pregnant and keeping that from him so he wouldn’t marry her. Had his parents still been alive, they would doubtless have done the same thing.

Angrily, Cynthia shouts after him that Madeleine and Eugene are penniless. Surprisingly, Ralph goes after Madeleine (she is still packing) and tells her he loves her. He reveals that he is building her a folly that Eugene seems to have designed before he died (he was an architect, after all). While this is all taking place, Alice and Aafrin seize the very inappropriate moment to go have sex in a hut near the party. 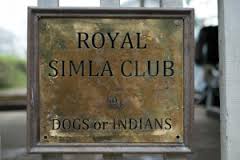 The Viceroy is furious with Ralph for leaving him in the lurch with the Nawab. Ralph has to use the old “my almost brother-in-law just died” excuse. Ralph is a bad enemy: he tells the Viceroy that the Nawab was offended by the Club’s “No Indians and dogs,” allowed sign. I thought Ralph was trying to cause Cynthia to lose her job managing the Club, but instead there is a proposal to lift the color bar, which she finds mortally offensive.

Aafrin, while reviewing Ralph’s correspondence, comes across two letters signed by the Viceroy: one commuting Mr. Sood's death sentence to life imprisonment and one confirming the death sentence. Ralph explains to Aafrin that the Viceroy’s wife is merciful, but the Viceroy prefers execution – it’s up to Ralph to decide. What would Aafrin do? “I don’t think I could take a life,” he tells Ralph. “Oh, someone else does that,” Ralph replies, missing the point.

Cynthia, bitter and upset by everything that has happened, tells Kaiser she never hurt anyone. The dual blows of losing Ralph’s friendship and her precious Club admitting Indians are destroying her.

Bhupi, the Whelans' loyal servant, tries to hang himself but Aafrin cuts him down in the nick of time. Ralph tells Aafrin that they grew up together and Bhupi is very loyal. It turns out that Bhupi killed Jaya to protect Ralph. Ralph gently tells Bhupi not to worry, he will take care of him. Ralph assures Aafin that he didn’t ask Bhupi to hurt Jaya.

Aafrin is shocked but addresses the first obvious injustice, asking Ralph what can be done about Mr. Sood, whose innocence is now revealed. Aafrin suggests that the letter commuting the death sentence to life imprisonment be invoked and perhaps after a year Mr. Sood can be released. Ralph agrees and says Aafrin is making him a better person.

However, after spending the night with Alice, Aafrin oversleeps and when he goes downstairs he sees that Ralph has taken the wrong letter to the court, the letter confirming the death sentence. Aafrin runs as fast as he can but is too late to prvent Mr. Sood’s execution. Ralph is playing cricket carelessly while the wrong man dies.

Ronnie Keane, as Club Secretary, brings Cynthia a list of new prospective Indian members. She is furious and knows that Ralph is behind it, not the Viceroy. She says she’ll take one Indian only. Then poor Ronnie tells Cynthia he wasn’t invited to Ralph’s big fancy wedding in Delhi and could she kindly give Ralph a nudge to get him added to the guest list. Cynthia realizes she wasn’t invited herself, after all she has done for Ralph.

Aafrin is so upset by Ralph’s decision to let Mr. Sood die that he agrees to work in secret for the Nationalist movement. The bad guys, Sergeant Singh and the woman who was in prison with Aafrin's sister, say he must provide something of Ralph’s to prove his sincerity.

Alice thinks (IS SHE CRAZY?) that she and Aafrin are going to tell Ralph they’re involved but instead Aafrin pretends he left a pen in the Whelans' house. He goes upstairs and rifles through Ralph’s papers, finding the note from Adam which he pockets. Ralph follows him (although does not see the snooping) and after some hesitation says that Mr. Sood had to die because he’d become a lightning rod for dissent. Aafrin pretends to believe him. 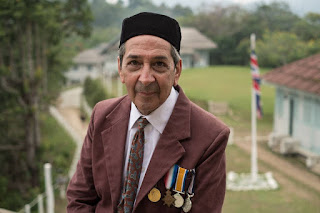 Aafrin gives Sergeant Singh a letter opener of Ralph's, but keeps Adam’s letter for future bargaining power. Then, it turns out he is the newest member of the Club - as the token Indian to break the color bar, he arrives with his father (who is dressed to the nines with all his medals).  However, integration only goes so far.  No one will speak to them or serve them, until Ronnie Keane takes pity on them and orders their drinks.

In the meantime, Ian has stolen what he thinks are Mr. Sood’s remains (really, they are the superintendent's rose fertilizer) and eludes the police so he can give him a proper memorial. Even Alice ditches the Club party (the last event in Simla before everyone returns to Delhi) to accompany Ian. But eventually she and Aafrin find each other and she asks why he didn’t tell Ralph about them. “I thought he could be trusted but I was wrong. He is a dangerous man,” Aafrin tells her.   Aafrin as a sort of double agent in the future will be interesting but is further confirmation that Alice's romance is doomed.

Maudlin Cynthia is outside the Club feeling sorry for herself when Ralph joins her. I guess now that he knows she didn’t kill Jaya he isn’t as angry with her. He admits that he engineered the new membership policy. She asks if he is going through with the wedding and says she is happy for him. “Would you like to come?” he asks. “Are you sure you want me?” Cythnthia asks pitifully. “You’re all I’ve got,” he says and leads her gently back to the party.

“It’s nearly over,” Cynthia observes. I suppose she means the party but it's also a reference to the end of the Raj.

“I expect they can manage an encore,” Ralph replies.

That will have to keep us going until the Second Season in late 2016!