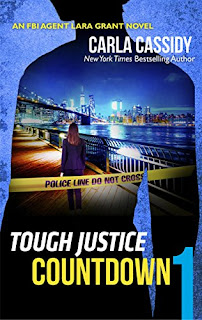 Source: I was provided a pre-publication copy of the first installment of this book by the publisher for review purposes. Thank you to TLC Book Tours and Harlequin for including me in the launch of this series.
Posted by CLM

I love the idea behind this book - that kind of collaboration can be very entertaining!