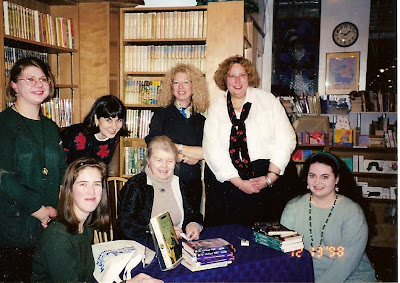 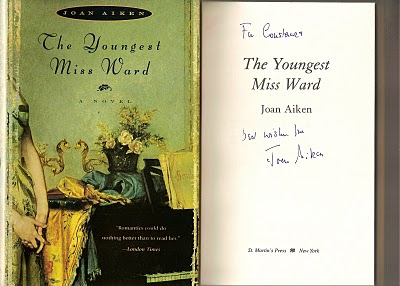 * I will never understand how a poet like Conrad Aiken could have had so little imagination as to name his daughters, Jane and Joan!
Posted by CLM

I have been wanting to read Joan Aiken's books for years and I'm getting closer! How wonderful to be able to meet her.

LOL, regarding lack of imaginative names...maybe Conrad that the Aiken was distinctive enough.

How did I miss this gathering??? I was still in CT at that point.

You must have had a conflict: I know that when you came in for the St. John the Divine tour we hadn't seen you for a while.

Hi Constance, I am Joan's daughter, trying to contact Joan Aiken fans in or near New York to let you know about a Joan Aiken event coming up this month - details her on the Joan Aiken website http://www.joanaiken.com/pages/wolves_newyork.html
any chance you can join us or spread the word? Thank you! Lizza Aiken