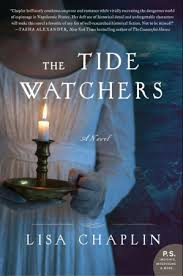 Please join Lisa Chaplin as she tours the blogosphere with TLC Book Tours. I received this book in return for an honest review.
Posted by CLM

I didn't know about that torpedoes and submarines were staring to be invented in the 18th century - how cool!