Author: Mary Stewart
Publication: M.S. Mill Co., hardcover, 1965
Genre: Romantic Suspense
Plot: When Vanessa March sees a news report showing her husband in Austria when he told her he was going to Stockholm on business, she is puzzled and his beautiful blonde companion makes her decide to go investigate.  She is accompanied by Timothy Lacy, teenage son of a family friend, and they travel to the small town in Austria where a fire caused havoc to a traveling circus, resulting in international coverage. Thanks to Vanessa’s skill as a veterinarian, she saves the life of a horse at the heart of a long buried secret and is befriended by the circus folk.  Soon she and Tim (who is usefully fluent in German) are plunged into a mystery involving members of the circus and the famous Lipizzan stallions known for their “airs above the ground” dressage, and the friendly atmosphere of the Austrian countryside turns deadly. 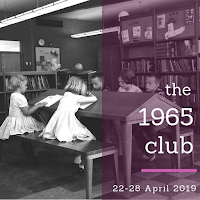 Audience: Mary Stewart, who died in 2014, is/was a romantic suspense category unto herself and everyone else just tries to emulate her, mostly without success.  I was never a big fan of her Merlin books but her romantic suspense is beyond compare.  And although I like this one a lot, it is not even in my top five of her books!*

My Impressions: This is such a delightful read and took me back to the first time I brought it home, back in junior high!  When you pick up a Mary Stewart you are guaranteed a light-hearted romance, some drama and danger, charming characters, and an incredible sense of place.  She also begins each chapter with a literary quote, as befits someone who earned a first in English from Durham University. 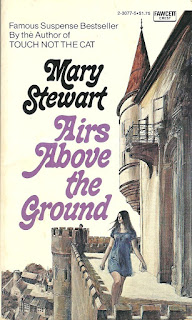 In this book, she transports Vanessa and Tim from damp London to a small village in a hilly region of Austria and brings them (and us) into a small but successful circus.   Vanessa is one of her most accomplished heroines; she is a vet’s daughter and qualified as a vet herself, and when she carries out a tricky operation at midnight with improvised materials, she and Tim are welcomed by the circus owners.


Unlike most Stewart heroines, Vanessa is married, but she quarreled with her husband before he set off on what he claimed was an essential business trip instead of their long-anticipated vacation.   This changes the dynamic a little as part of a typical Stewart story is wondering who the hero will be. Vanessa’s interaction with other characters reveals her determination and ability to think on her feet.   Her relationship with Tim is an appealing part of this book and they make a good team, especially when the mystery takes off.  Tim’s parents are divorced and he was hoping to visit his father in Austria until it turned out the father was preoccupied with a new fiancée. Vanessa is not that much older than he is but operates as a bracing big sister to an initially cranky adolescent, who not only matures but also becomes an amusing and competent adult as the story progresses.

Stewart’s evocation of the history and magic of the Lipizzaners is an unexpected bonus to this book!   I remember persuading my mother to bring my birthday party to the Boston Garden once when the famous stallions were performing there – if you have never seen them perform, look on YouTube.
Source: Personal copy (note that her books are now available in Kindle)

Off the Blog: I found out today I am a winner in the City of Boston Credit Union’s WINcentiveMonthly Drawing!  So cool - I have been working on a project to promote saving for emergencies so opened this account to test and be able to speak convincingly about it.  I really hope that people will find saving to be more appealing if there is a likelihood of winning/fun element.

* So which are my favorite Stewarts?

Madam, Will You Talk
This Rough Magic
The Moonspinners
The Ivy Tree
Nine Coaches Waiting
Airs Above the Ground
Posted by CLM

This was one of the later ones that I read, when I was re-discovering Mary Stewart. I enjoyed it very much, particularly because it was a little different than the others I'd read. I didn't know much about Lipizzaners before reading this book. If they ever come within a reasonable distance of Houston, I will be off to see them!

I think The Ivy Tree is my favorite, with Nine Coaches Waiting and My Brother Michael close seconds.

Madam, Will You Talk
Nine Coaches Waiting
This Rough Magic

My top three, so happy to have the Kindle versions, but still reserve shelf space for my original PBs, and the fabulous covers recently released by Hodder.

PS did see the Lipizzaners after reading Airs

I loved this one of Stewart's. But I read it so very long ago--probably 50 years ago, that I'm eager to read it again. Thanks for reminding me of a delicious read!

I love Mary Stewart stories—they never disappoint. I think one of the reasons I like them is that my mother used to get British women’s magazines that carried her stories in serial form, and I remember looking at the pictures even before I could read and thinking how wonderful to be able to read the stories behind the pictures. Thanks for another jaunt down memory lane!