Six Degrees of Separation: From Masha to Hungry Monkey

Kate chose A Gentleman in Moscow by Amor Towles as the starting book for September. I read this in 2018 with my book group and liked it even more than his first book (despite the use of the present tense which I dislike).  Our mothers were actually college classmates at Radcliffe. 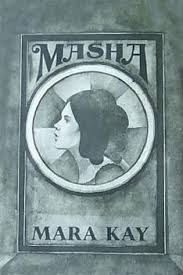 My first link is Russia. Masha by Mara Kay is an enthralling story about a Russian orphan educated at the Smolni Institute in St. Petersburg, and was one of my favorites growing up (it was briefly back in print). Smolni was an elite boarding school founded by Catherine the Great for the daughters of Russian nobility, but it was no Malory Towers and could be a harsh educational process, as many students arrived at 7 or 8 and did not see their parents again for years.  Masha is one of those hidden gems that hardly anyone read but me.  I checked it out of the library repeatedly and was thrilled when I found a sequel in the Blackwell's catalogue. 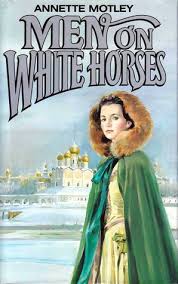 My second link is Catherine the Great. Thanks to Interlibrary Loan, I recently read Men on White Horses by Annette Motley, a historical novel about Catherine the Great, Empress of Russia from 1762–1796. I hadn’t known much about her, including that she was actually German but embraced her new country when brought to marry the grandson of Peter the Great. The book was very interesting but in the manner of an imminent train wreck: I knew Catherine’s love affairs were doomed to failure and that dreadful things were going to happen (mariticide).

My third link is Henry VIII. Last month, I went to see Six, the Musical, which I greatly enjoyed. Like Catherine the Great thinking each new lover was The One, Katherine Howard sings:

Tell me what you need
What you want, you don't need to plead
'Cause I feel the chemistry
Like I get you and you get me
And maybe this is it
He just cares so much it feels legit
We have a connection
I think this guy is different…*

Which made me think about The Concubine by Norah Lofts, historical fiction about Anne Boleyn, Henry’s second wife, which I read as a teen (I remember being impressed that Sister Sessions, the school librarian, was such a cool nun she could recommend a book with a shocking title). Lofts was a great writer but did any of her books end happily? Certainly not this one - Anne’s story as well as her cousin’s, Katherine Howard, ended badly. Divorced, beheaded, died, divorced, beheaded, survived! 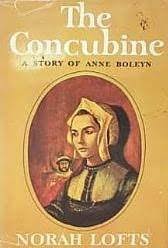 My fourth link is Henry, which brought me to Henry and the Paper Route, fourth in the series by Beverly Cleary. This is the book where Henry desperately wants a paper route but is younger than the required age of 11. The Henry Huggins books were funny but didn’t his neighbor Ramona always steal the show? To the extent that soon she was starring in her own books!

My fifth link is paper routes, which reminded me of Curious George Rides a Bike. George helps a paper boy with his route but ends up in disgrace for making boats out of the newspapers and floating them in a nearby lake. Naturally, I took one of my parents' newspapers and tried to sail it on Chandler’s Pond in Brighton as a child, which was as unpopular for me as is was for George . . . 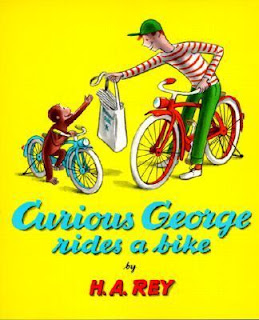 My sixth link is monkeys. Hungry Monkey: A Food-Loving Father's Quest to Raise an Adventurous Eater by my friend Matthew Amster-Burton is a delightful memoir about raising a child to enjoy food as an adventure. I love to give this as a baby shower gift! 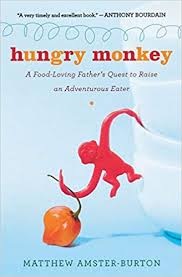 Have you read any of these books?


* Lyrics copyright to Six the Musical
Posted by CLM

HA! I was sure your chain with stick with royalty and then you made a turn to children's books. Fantastic!

I haven't read any of these, but sure loved your fun connections. My chain is here: https://wordsandpeace.com/2019/09/07/six-degrees-of-separation-from-moscow-to-vimy/

Such unique links, thanks for sharing your chain.

I haven't read any of these. Like Davida, I thought your chain was heading in a different direction. Great chain!

I wish I had thought of doing a royalty theme! I just started Jasmine Guillory's latest which is not my normal style but would have fit nicely.

Well I'm pretty sure your first link takes the prize this month!