It’s time for #6degrees, inspired by Kate at Books Are My Favourite and Best. We all start at the same place as other readers, add six books, and see where one ends up.   This month’s starting point is What I Loved by Siri Hustvedt (2018).  It is written from the point of view of Leo Hertzberg, an art historian living in New York and focuses on themes of love and loss, so I decided to do likewise. 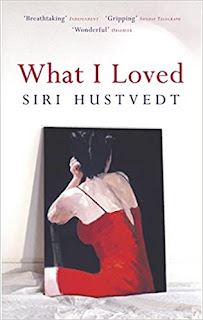 My first book is Love for the Lost by Catherine Fox (1999).  This is the third and final book in Catherine Fox’s compelling series that began with Angels and Men about a group of friends who attend Durham University (I went to Durham several years ago because I love these books so much).  Here, she took a previously annoying character and makes the reader care passionately about her struggle with her faith and her feelings for the very different men in her life.   I was so disturbed there was no fourth book in the series I once begged the author to tell me what would have happened and was disappointed by her answer! 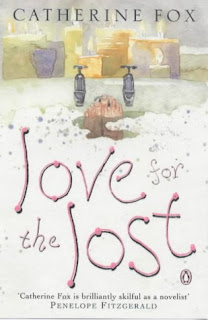 Love Story, With Murders by Harry Bingham (2013) is my second book.   This is part of a dark but fascinating series about a detective in Wales.  In the background of all her investigations is her quest to find out the truth about her mysterious adoption and the cause of her unusual psychological condition.   Her loving adoptive parents have warned her not to investigate further but Fiona never listens to anyone.  My sister wondered if I went to Cardiff two years ago specifically because of Fiona but it was really coincidence (although the best detectives don’t believe in coincidence). I highly recommend this series (as does the Washington Post) but start with Talking to the Dead. 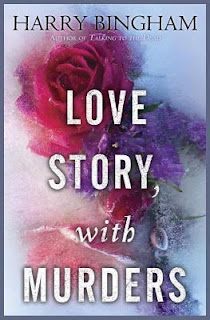 The Pursuit of Love by Nancy Mitford (1945) is my third book.  Inspired by the author’s own eccentric family, the Radletts of Alconleigh do nothing but love and lose, at least as adults.  As children, they have a ramshackle upbringing which includes being hunted by their father and his bloodhounds when foxes were not available. 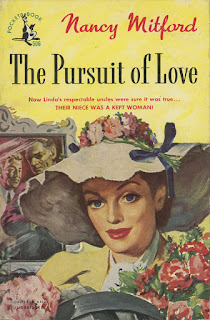 My fourth book is The Girls’ Guide to Love and Supper Clubs by Dana Bate (2012).  Do you know the sort of book where you spend the entire time (mentally) screaming at the heroine not to be so stupid?  Using your landlord/love interest’s kitchen for a secret supper club (basically, a pop-up restaurant) when he is out of town is just asking for lost love, don’t you think?   But I did enjoy all the descriptions of the food and cooking! 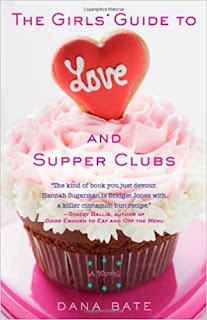 So Great a Love (1962) is one of Gladys Malvern’s lesser-known historical novels and my fifth book.  She wrote more than 40 books for a YA audience, and this is set during the English Civil War, one of my favorite historical periods.  Lady Hal is from a Royalist family and loyally serves Queen Henrietta Maria, wife to the ill-fated Charles I.  Her blind belief in the monarchy is challenged by a childhood friend who has been to Cambridge and has come home with political views that displease his sponsor, Hal’s father.  The King’s followers are likely to lose their lives as well as their loves.   My review here. 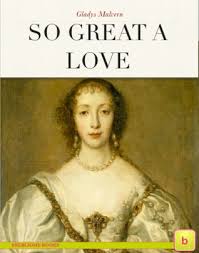 My sixth book is The Joys of Love by Madeleine L’Engle (2008).  Imagine if you heard there was an undiscovered novel by one of your favorite authors, located years after her death (actually, this seemed to happen all the time with Louis L’Amour when I worked at Bantam – all I can say is that his family must have had a large attic).   I believe L’Engle’s granddaughter found a partial manuscript and finished it, so I am sure that loss as well as the joys of love were present in her mind as she worked on it.  The book is semi-autographical and more closely resembles Prelude and Camilla than L’Engle’s fantasy novels.   I don’t know if I would have recognized it as L’Engle’s work on its own but it was enjoyable and I appreciated the summer theater setting.   My favorite of her books (as I often say) is And Both Were Young, which I wrote about recently. 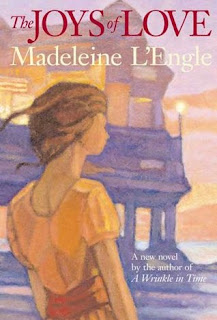 So I started in artistic New York with Siri and wound up just a few miles away in dramatic (so to speak) New Jersey (hey, I am no NJ basher - I used to work and attend graduate school there).  Next month (August 1, 2020), we’ll begin with a non-fiction book that I haven’t heard of but clearly need – How To Do Nothing by Jenny Odell, which is about resisting the pressure to be productive all the time.
Posted by CLM

You have some great sounding books here! I've read The Pursuit of Love but the rest are new to me and they sound intriguing. That's good for me but definitely not good for the TBR!

What an excellent and interesting chain. All of them bear looking into but I really must read something fictional by Nancy Mitford. I've read a book of her essays and lots about her family (I loved Mary S. Lovell's book about the family) but not her fiction. I must do something about that.

I LOVE that cover of the Mitford novel -- it looks so scandalous and trashy. And doesn't the woman have a striking resemblance to Joan Crawford? "Their niece was a KEPT WOMAN." The horror! I've read most of the Mitford novels and Love in a Cold Climate and The Pursuit of Love are by far the best.

Well, that's a really fascinating chain! I'm afraid I've never read any L’Engle but... maybe. By the way, your comment about the big attic made me laugh - If I never finish my book, I'll tell my kids to take it to Bantam after I die!