In this 1948 YA novel, Sunnycove, by Amelia Elizabeth Walden, Vicky Lind is a quiet teen from a West Virginia mining town where even the families who own their homes do not have running water. Vicky has something priceless, however, an older brother who recognizes her acting talent and is determined she will get her chance in the real world - the chance he wasn't talented enough to pursue. Gus returned to Pittstown after college to teach, and gave Vicky drama lessons every day. After she graduates from high school, it is Gus who secures her place at Sunnycove Playhouse in Connecticut for the summer where she will have the opportunity to appear in student productions and possibly earn a role with professional actors.

In contrast to the polished young men and women who have come to Sunnycove to hone their skill, Vicky arrives with a small suitcase filled with second hand clothes and no little apprehension. Vicky worries that she is too plain to be an actress, although Gus has told her, “I don’t know what beauty is if it’s not something that’s inside a person, that sort of shines through everything they say or do. A pretty face couldn’t add anything to that kind of beauty. And not having one couldn’t take anything from it.” Inevitably, there is a beautiful, ambitious girl at Sunnycove who is less talented than Vicky and resents her for it. Donna spoils Vicky’s debut by sending a faux bouquet – of coal, with a cruel note. She also taunts Vicky about her looks. Fortunately, Vicky makes a friend, Peter Bradford, a young man who grew up sailing and teaches Vicky how to swim. On stage, Vicky’s talent and humility earns her opportunities although there are disappointments along the way. Gus is there when she gets her chance at a starring role but it is Peter’s influence that shows Vicky she cannot let her desire to succeed prevent her from being compassionate. 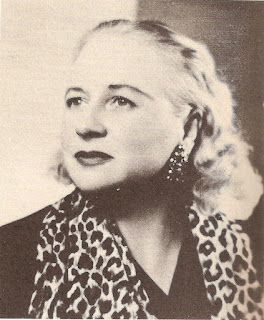 Walden’s characters have endearing human flaws – Vicky lacks self-confidence and she harbors bitterness towards the young woman who laughed at her and stole her part – but Walden also gives them good instincts and ultimately the ability to recognize their potential and to fight to be true to themselves. There is usually a male figure (sometimes annoying and condescending) who keeps the heroine grounded: unusually, in this book, that role is shared by her older brother, Gus, and her boyfriend, Peter. In Sunnycove, Vicky’s development as an actress and person as well as the behind-the-scenes glimpse of summer theatre is enjoyable.
Posted by CLM