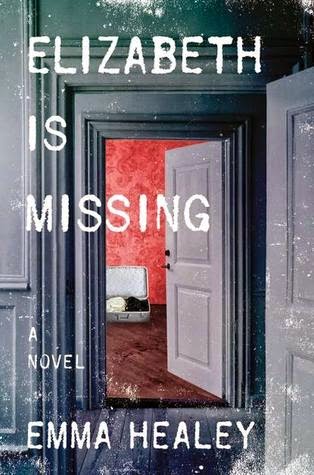 Plot: Maud is an elderly woman losing her memory, devoted to her friend Elizabeth. Although confused by much of her daily life, she knows she hasn’t seen Elizabeth lately.  Convinced Elizabeth is missing, Maud is determined to find her. Memories in the distant past are more reliable than those in the present and as Maud becomes more and more disturbed about Elizabeth, she remembers the tragic disappearance of her sister Sukey during World War II, a mystery that was never solved, and the two disappearances become confused in her mind, with surprising results.

Audience: Although billed as a psychological mystery, I think the real audience is fiction readers, rather than suspense fans. The flashbacks to WWII reminded me a little of The Secret Keeper, although Maud’s adolescent cluelessness is very different from the energy and will to survive exhibited by characters in that book.   A better comparison is The Curious Incident of the Dog in the Night-time.
What I liked: I delayed reading this because wasn’t sure about the topic but once I began, I couldn’t put it down and finished in a couple hours.  The depiction of Maud’s descent into dementia is heartbreaking as is the demeaning way she is treated by those around her (the condescension exhibited by the policeman to whom Maud keeps reporting Elizabeth’s disappearance is particularly distressing).  Healey’s ability to convey Maud’s memory loss and then switch convincingly from her point of view to that of Maud’s daughter and granddaughter is what makes the book so effective. Also very effective is Helen’s annoyance at the brother in Germany who is never there to assist with Maud and is more than useless on his rare visits.

What I disliked: This book made me feel so guilty for every time I ever snapped at my grandmother or failed to be sufficiently understanding when she loses her train of thought or exhibits signs of dementia. At 99, she has every right to be forgetful or confused.

Source: I received an advance reading copy from HarperCollins in return for an honest review.   I was captivated by this book and recommend it.
Posted by CLM