Simon from Stuck in a Book started this but I couldn't stop with 10!


1. The last book I gave up on - probably The Underground Railroad for my book group.   I am sure it is well written and compelling but the first chapter was so violent and depressing I put it down until it was due at the lib.

2. The last books I reread – the entire Flambards series; how I love these books by K.M. Peyton. 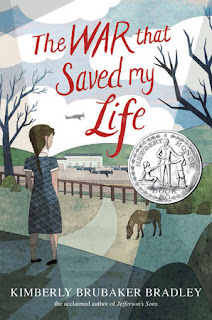 3. The last book I bought for myself – The War That Saved My Life.  Initially, I read this from the library but recently I bought one copy for myself and one for my niece Katherine, who also loved it.

4. The last book I lost - I lent my hardcover copy of Betsy in Spite of Herself to a friend who was going to Milwaukee with her daughter.  I am sure it is somewhere in their house so perhaps not lost forever.

6. The last book I had signed – The Game: Harvard, Yale, and America in 1968 by George Howe Colt at the Harvard Coop in November.  You can’t get an ebook signed now, can you? 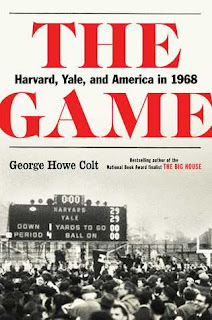 7. The last book I said I read but actually didn't – The Faerie Queene - despite being a 16th century History and Lit major.  Sorry, Edmund Spenser!

8. The last book I had to replace – Autumn Term by Antonia Forest.   Both my copies are missing and although I hope they will turn up, I didn’t want to risk not being able to find one so I ordered a paperback from England several months ago.

9. The last book I argued over – Dawn’s Early Light by Elswyth Thane.   I was practically (but not quite) speechless when some of my book group did not appreciate one of my absolute favorite books.

10. The last book I couldn’t find – I read about an Irish mystery series by Jo Spain but the first entry, With Our Blessing, had not been published in the US so I had to order it from England.

11. The last book I insisted someone read – The Professionals by Owen Laukkanen.  This is the first in a great series about two detectives. 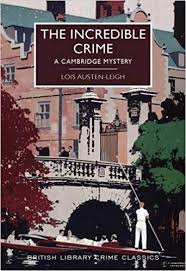 12. The last book I gave as a gift – I like to give every reader in my family a book for Christmas.  One I gave this year was The Incredible Crime by Lois Austen-Leigh, part of an appealingly repackaged Crime Classics series I saw in England (and had to restrain myself from bringing them all home) from the British Library.  I chose this one for my mother because of our trip to the other Cambridge in April.
Posted by CLM

I really enjoyed The War That Saved My Life. Have you read the sequel yet? It's on my TBR list for 2019.

I gave up halfway through The Faerie Queene, but did come clean with my tutor... man, it's dull.