First Degree
I am sure the first redheaded heroine I ever met was Madeline by Ludwig Bemelmans (1939).  A kind friend of my parents gave me the first book one Christmas and I recall tearing the wrapping to see what it was several days early. Miss Clavel’s turning on the light and saying, "Something is not right," became a catchphrase in my family.
Second Degree 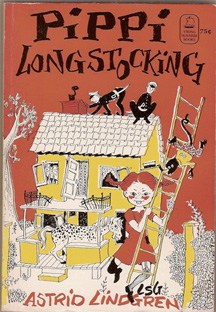 Chronologically, my next redheaded protagonist was Pippi Longstocking by Astrid Lindgren (1945), which I found in my elementary school library.  Pippi lives alone with her horse and a suitcase of gold coins, and her insouciance was very appealing to this reader.
Third Degree 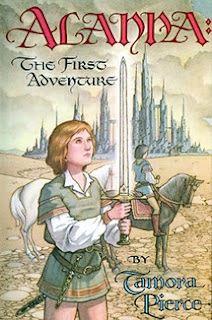 Alanna of Trebond has Pippi’s determination but a lot more subtlety, which she needs to disguise herself as a boy so she can train to be a knight while her twin Thom studies magic.  Alanna, the First Adventure by Tamora Pierce (1983) is the first of a four book series meant for middle-graders or early teens.
Fourth Degree 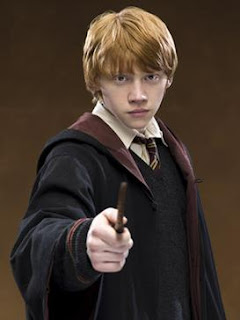 How about a few redheaded men?   There is Ron Weasley in Harry Potter (1997), although he seems to exist more as a foil to Harry and Hermione than to achieve any real purpose.   Because the first movie came out so soon after the book, it is impossible to have any image of Ron other than actor Rupert Grint. 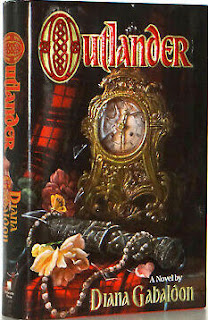 If you want a sexy redheaded hero, the obvious one is Jamie Fraser. People usually love Outlander by Diana Gabaldon (1991) or have no interest in reading it at all. They might be surprised if they tried it, as I was. On my last day at Bantam Doubleday Dell in 1991, without knowing anything about them, I helped myself to two advanced reading copies from a pile in the hallway – Outlander and The Firm little did I know that two amazingly enduring franchises were being launched. I love the first three books and enjoyed meeting Diana Gabaldon at a conference in Baton Rouge years ago. I am not alone in thinking the later books need more rigorous editing but self-willed bestselling authors don’t always like revisions! I also enjoyed the first season of the Starz series and plan to watch more. I think it was very well cast but my friend Danni thinks a thin model was the wrong choice for Claire.
Sixth Degree 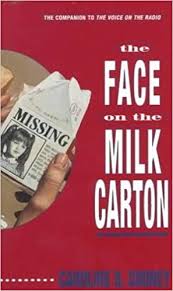 The Face on the Milk Carton (1990) was Caroline Cooney’s breakout book and a movie in 1995. For those who haven't read it, the heroine recognizes herself on a milk carton and wonders if she could possibly have been kidnapped as a child. During my first publishing job, I was trying to ingratiate myself with the Editorial Director in Bantam’s children’s division.  Sadly, she didn’t really have time for me but did me a favor by giving me a pre-pub copy of the book, which I instantly loved.  My friend Julie and I ran into Ms. Cooney at ALA one year and Julie begged her to write more in this series, which she eventually did, although I think the first two are the best.  I also really like The Party’s Over, which reminds me of Emily of Deep Valley.

See how I linked an author known for her Baltimore settings to Paris, Sweden, the fantasy kingdom of Tortall, Harry Potter-land, Scotland and, finally, to suburban Connecticut!  Next month (March 6, 2021), we’ll start with a book called Phosphorescence by Julia Baird, which has not yet been published in the US.  Please share your link if you did #6Degrees too or join in next month!

ALL redheads! I love redheads. I thought at least one of my kids would have red hair since there are redheads on both sides of the family (mine and my husbands - his maternal grandfather, and my paternal grandfather). But alas and alack, it was not to be! Here's my chain. https://tcl-bookreviews.com/2021/02/06/6degrees-of-separation-for-february-6-2021/

Now this was a great theme to go with: Redheads of Literature. Loved this. Anne with an E remains a favroite, but I do like Ron and Jamie Fraser too. :) Hadn't heard of Milk Carton though, off to check that one out, thanks!

Such a clever theme!

As a redhead myself I enjoyed your choices a lot. I would have added Ginger Over the Wall by Prudence Andrew which I loved as a child. The area I live in is just full of Outlander film locations, I've watched it all just to location spot at first and then I got right into it, but I haven't read any of the books.

Love your redheads theme Constance. I know some but not all of them.

I did not know that some of these heroines were redheads. I did know about Ron Weasley. Off the top of my head I can think of only two redheads in books I have read... although I am sure there are more.

Sometimes I think that authors only seem to write redheaded women (presumably they're thought to be more interesting?) But when I tried to think of some before I read all of your post, I couldn't, apart from Anne Shirley. I think you did a good job there anyway. Amused by your comment about self-willed bestselling authors not liking revisions. People were saying that about JKR at the end of the Harry Potter books of course.

I don't know Ginger Over the Wall, Katrina; it must never have been published here. I would like to see some of the Outlander locations. My 48 hours in Edinburgh was not enough of Scotland to satisfy me.

I agree with Tracy there are probably a lot more redheaded characters than I could remember. I was a little deflated to learn that the Redhead in the Anne Tyler book is a fire hydrant, not a person!