November was a great month of reading. I especially enjoyed A Single Thread, set between the wars in England; The Secret River, a historical novel about a convict rebuilding his life in Australia; State of Terror, a thriller by Hillary Clinton and Louise Penny; and my reread of The Parfit Knight by Stella Riley, a regency with a blind heroine.  Also, amazingly, this is my 1000th blog post! 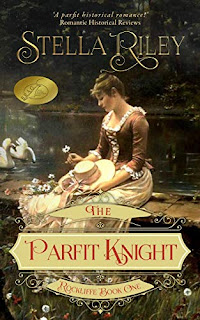 The Young Mrs. Meigs by Elizabeth Corbett (1931). When Mrs. Meigs turns 80, her family no longer thinks it is safe for her to live alone. This is somewhat funny to a modern audience as she has a live-in maid/cook. We should all be so lucky!

Happiness for Beginners by Katherine Center (2015) (audio). This was a delightful story about a kindergarten teacher who goes on a wilderness trip to find herself, unexpectedly accompanied her younger brother’s best friend who might still have a crush on her. 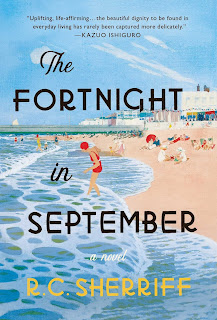 The Fortnight in September by R.C. Sherriff (1931). The Stevens family’s two-week holiday in Bognor is something they look forward to every year, and the details are told with charm in this newly reissued novel.

The Clydesiders by Margaret Thomson Davis (1999). This begins a sort of Catherine Cookson-like series set in Glasgow during WWI about a young woman in service who falls for the handsome son of the house, with mostly predictable results. 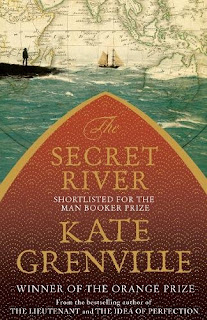 The Secret River by Kate Grenville (2005). An enthralling and gritty historical novel about an early 19th-century Englishman transported to Australia for theft and how he and his family cope with their new world – my review.

A Single Thread by Tracy Chevalier (2019. 38-year-old Violet Speedwell musters her wits after her fiancé and beloved brother die in WWI – my review. 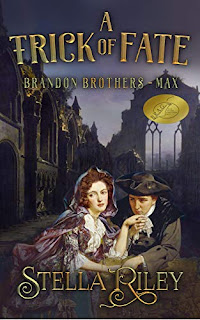 A Trick of Fate (Brandon Brothers #1) by Stella Riley (2019). When Max finds he is a victim of identity theft (admittedly, it probably did not have a name in the 19th century), he tries to find the culprit and in the process comes back into contact with the only woman he ever loved.

The Parfit Knight by Stella Riley (1986) (reread). When the Marquis of Amberley's coach is waylaid by highwaymen and his coachman shot, he is forced to take shelter nearby and is captivated by his hostess, who is no ordinary Regency miss.

Twisted Tea Christmas by Laura Childs (2021). I picked this up on a whim and found it is the 23rd installment of a series about a woman who runs a tea shop in Charleston. The killer was somewhat obvious.

What To Do When Someone Dies by Nicci French (2008). When Ellie’s husband dies in a car crash with another woman, she refuses to accept he was having an affair. Her sleuthing is over the top and she misses some obvious clues. None of French’s books have impressed me as much as the Frieda Klein series. 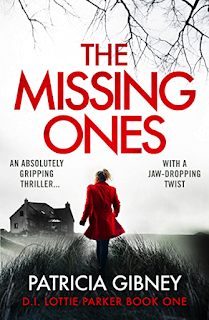 The Missing Ones by Patricia Gibney (2017). Detective Lottie Parker is a recent widow who can barely cope with her own emotions and those of her teenage children, let alone handle a murder investigation that is mixed up with dark, religious secrets of the past. This had some good elements, including the Irish setting, but seemed repetitive and I didn’t warm to Lottie.

Unraveling Oliver by Liz Nugent (2014). This was hard to like because it starts with a man beating his wife, then tells his story in flashbacks from all the people in his life. Interesting rather than appealing.

State of Terror by Hillary Clinton and Louise Penny (2021). A female Secretary of State has joined the administration of her rival and is immediately plunged into an international crisis. And there was a little Three Pines for those who can’t get enough! 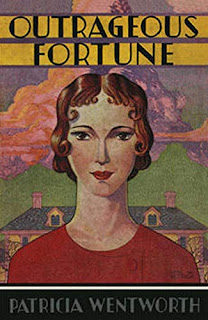 Outrageous Fortune by Patricia Wentworth (1933). When young Caroline Leigh goes to the hospital seeking the missing cousin Jim Randal she has always idolized, she finds a stranger has removed the man – who cannot protest because he has amnesia. Caroline refuses to give up and finds herself in the middle of a stolen emeralds mystery – my review.

Christmas at the Island Hotel by Jenny Colgan (2020). I usually enjoy Colgan’s books but this, fourth in her Mure series, seemed a jumble of characters with a holiday theme thrown in, maybe to offset the death and gloom of the previous installment.

The Christmas Wedding Guest by Susan Mallery (2021). The Somerville sisters might not agree but if it were as easy to find love in a small town, everyone would flock to Wishing Tree! I would have liked this better if it weren’t quite so improbable. 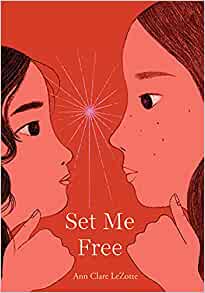 Set Me Free by Ann Clare LeZotte (2021). I loved Show Me a Sign, the first book about Mary, an educated deaf girl growing up on Martha’s Vineyard in the early 19th century. This was harder to get into and less convincing but I will still look forward to the third in the trilogy.

Authors read for the first time:
Laura Childs, Elizabeth Corbett, Margaret Thomson Davis, Patricia Gibney, Kate Grenville, Liz Nugent, and R.C. Sherriff. Grenville and Sherriff are the only two of whom I would actively seek out more books, but I seem to recall Sherriff was a one-hit wonder so he is probably not relevant.
Have you read any of these?
Posted by CLM

R.C.Sherriff wrote a few others. They've been reprinted by Persephone books. Fortnight in September is the best.

Congrats on your 1000th. blog post. That's quite an achievement.

A brilliant reading month for you in November. I like the sound of The Parfit Knight, will look that up.

Wow, you did have a great month! I read quite a lot in November too, of which the standout was the new Franny Billingsley novel, The Robber Girl. I just started A Single Thread and I'm enjoying that a lot. Congrats on your blog milestone and may the next thousand be just as much fun.

I thought State of Terror was an amazing novel--all too plausible.

As usual you read a lot of interesting books. I am glad you enjoyed State of Terror by Hillary Clinton and Louise Penny, I want to read that eventually. And the book by Wentworth would be the other one I am especially interested in reading. And you read a lot of historical fiction. I haven't done as well with that genre this year although I am reading Rules of Civility right now.