Currently reading: The Secret of Snow by Viola Shipman, about a meteorologist who loses her job and has to take the only news station that will hire her – in her hometown in Northern Michigan, which she has avoided for years. 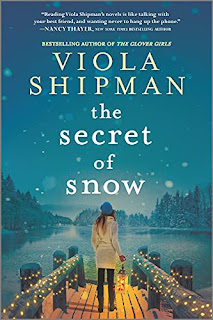 I am listening to Every Last Fear by Alex Finlay, in which Matt Pine’s family dies unexpectedly while on a trip to Mexico: all except him and his brother Danny who is in jail for murder. Are the two situations related? It is up to Danny (not the most likable guy) and FBI agent Sarah Keller to find out.

My third book is a reread of the beloved Murder in a Nunnery by Eric Shepherd. This book is so funny in a supremely understated way that I smile at every page. I see that I borrowed this from my school library and never returned it.  Probably just as well - when I poked my head into the library at my last reunion it was beautiful and new, and so were the books!  Way too new! It would have been discarded into lesser hands long ago.
Just finished: XOXO by Axie Oh. This was a cute story about a Korean American girl who goes to visit her grandmother in Korea and falls for a K-pop star who can’t afford to upset his fans by having a girlfriend. I enjoyed the glimpses of Korean culture but the boy was too good to be true and the whole book seemed like prolonged wish fulfillment. Jenny herself is a gifted musician which added some much-needed conflict.

I also just read American Spy by Lauren Wilkerson set in 1986 about a black female FBI agent. The reviews were good and I wanted to really like this but I got bored, not to mention the plot and politics (primarily revealed in flashbacks) were confusing, especially as to the sister's fate. 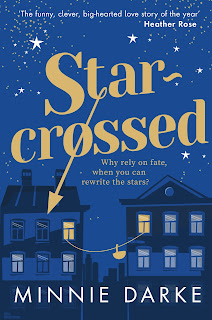 And one of my favorites this month was Star-Crossed by Minnie Darke, a romantic comedy. My review.

Next up: Five Windows by D.E. Stevenson, part of the January 2022 reissues coming from Furrowed Middlebrow and Dean Street Press. If I have read this one, it was so long ago I don’t remember, so it will be a treat.  I just read The Fair Miss Fortune, another January reissue. 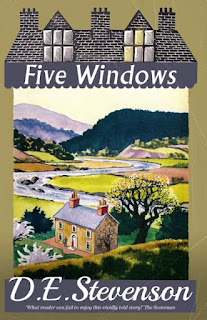 For January, my book group decided to read The Personal Librarian by Marie Benedict, based on the real-life story about Belle da Costa Greene who was hired by J. P. Morgan to curate a collection of rare manuscripts, books, and artwork for his newly built Pierpont Morgan Library.

I am also planning to read a mystery I ordered from Great Britain for my sister, so it has to be read and wrapped by Saturday. Shhh! It’s a secret but looks good and isn’t published in the US yet.
Have you read any of these?
Posted by CLM

I keep seeing the Viola Shipman book and now I really must explore it. Thanks for sharing, and here's MY WWW POST

I always enjoy your WWW Wednesday posts. Today I am glad you mentioned Murder in a Nunnery. When you reviewed it a while back I bought a copy, but still haven't read it. Of course I got a vintage copy because I love those but the copy I got is very fragile, so I may consider getting a copy of the reprint.

Unlike you, I enjoyed American Spy. I will admit the plot was confusing and especially the sister's fate, but I liked the unusual format.

I look forward to hearing what you think of Five Windows. I love the covers of those Furrowed Middlebrow reissues.

I've read a handful of the DSP Furrowed Middlebrow titles this year (though not the one you feature) and they are really varied and delightful.

I read American Spy a while ago. I think it was supposed to be suggested that the sister was (a) a spy long before Marie was recruited and (b) that she was assassinated by her own side for knowing too much. What I like most about that book is that it put Mali and Timbuktu on the map for me. Seriously, fiction teaches me way more than non-fiction usually!

I'm looking forward to my D.E. Stevensons, which I've decided to read after Christmas. I've just finished Jenny Colgan's "An Island Christmas" which I really enjoyed, and I'm currently reading Stephen Moss' "The Twelve Birds of Christmas" which is about birds he thinks might feature in the Christmas carol, The Twelve Days of Christmas, a good one so far.

I liked this Shipman,but I liked The Clover Girls and The Heirloom Garden more!

Ruthiella, I think you are right but that makes it all the stranger that her sister would join the FBI! And wasn't the brother-in-law creepy?

Marg, did it bother you that the author of The Secret of Snow is a man? I read lots of books by men but I did start reassessing his depiction of Sonny.

Tracy, I have been meaning to reread the two Murder in a Nunnery books for ages. It held up very well to my memory and is somewhat comparable to Catherine Aird or at least that is the closest I have come.

Lyzzy, Colgan and DES were definitely part of my December!