Six Degrees of Separation – from Ethan Frome to March

It’s time for #6degrees, inspired by Kate at Books Are My Favourite and Best. We all start at the same place, add six books, and see where we end up. This month’s starting point is Ethan Frome by Edith Wharton (1911), which involves a love triangle and a fateful sledding accident. 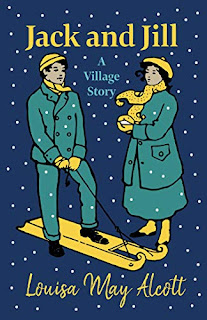 A sledding accident with a less tragic outcome begins Louisa May Alcott’s Jack and Jill (1880); you may recall I secured my own copy in June. Although Jill is not only the instigator of their injuries but also the daughter of an impoverished seamstress, Jack’s affluent mother allows the friends to convalesce together, although she warns her son:

"Foolish fun, as you see, dear. Another time, stand firm and help Jill to control her headstrong will. When you learn to yield less and she more, there will be no scrapes like this to try us all." 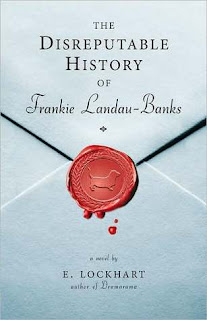 Another headstrong girl is the heroine of The Disreputable History of Frankie Landau-Banks by E. Lockhart (2008). While Jill was forced to become disciplined and ladylike, the intervening 128 years mean that Frankie, attending a prestigious boarding school, is allowed to be the kind of girl who won’t take "no" for an answer and possibly a criminal mastermind. A brilliant modern boarding school story!
Third Degree 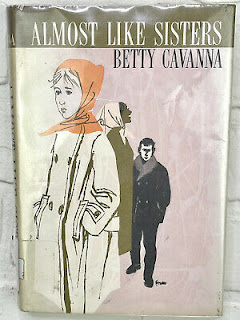 In Almost Like Sisters by YA writer Betty Cavanna, Victoria escapes from her mother’s shadow by attending boarding school in Massachusetts where she thrives academically and socially. I have always assumed the school she attended is based on Concord Academy, which Caroline Kennedy attended. I am still blown away by my recent discovery that Cavanna who lived 40 minutes away from me for years (alas, it never occurred to me to write to her) died in Vezelay, France which I visited in September. I have since learned that she moved there to be near her son. 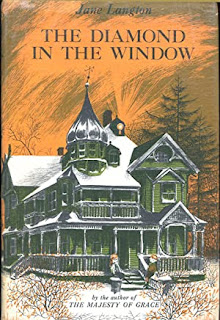 The Diamond in the Window by Jane Langton is a favorite that is also set in Concord. When Edward and Eleanor realize their home could be claimed by the bank due to unpaid back taxes, they are determined to find the treasure that disappeared years ago, along with their aunt’s fiancé, Prince Krishna. I started reading it aloud to my youngest niece last weekend and it’s just as good as I remember. 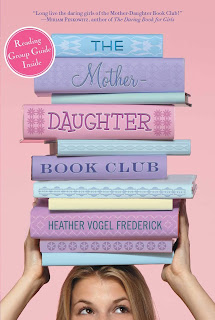 Another great book set in Concord is The Mother-Daughter Book Club written by my friend Heather Vogel Frederick (2007). It’s the first in a series about a group of friends who read Little Women with their mothers and find surprising similarities to their own lives. In a later book (spoiler!) they read Betsy-Tacy! 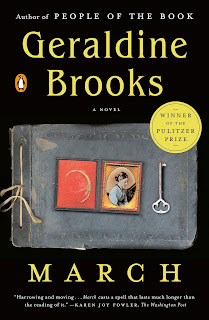 Staying with mother and daughters, my final book is March by Geraldine Brooks (2005), which won the Pulitzer Prize. For those unfamiliar with this Pulitzer-prize winner, it imagines the back story of Meg, Jo, Beth, and Amy’s father, who of course resembles Bronson Alcott. Unfortunately, although it is quite entertaining, you won’t like Mr. March any better after reading this!
So this month I stayed local – Edith Wharton lived at the other end of Massachusetts and the rest of these books are set within 40 minutes of my home in our great Commonwealth.
Have you read any of these? If you played #6Degrees this month, please share your link.  Next month (January 1, 2022), we’ll start with Rules of Civility by Amor Towles, who grew up in Dedham, Massachusetts,  a few miles from my house. Our mothers were college classmates.
Posted by CLM

What an interesting chain. I don't know any of these books, and only know Alcott!

I haven't read any of them, they all sound interesting though. It's great that they are all so local to your area.

I haven't read any of your books but I did once own The Mother and Daughter Book Club. For some reason I never got around to reading it and it went out in a book cull several years ago. Now of course I wish I'd kept it.

Nice links, all your books have a good feel.

I read March a few years ago and thought it was very good. I liked even more than Brook's highly acclaimed People of the Book. You are right, the reader will probably not think particularly highly of Mr. Alcott/Mr. March by the end of the novel!