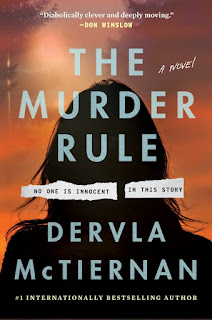 I just began The Murder Rule (2022), a new standalone suspense novel by Irish/Australian author Dervla McTiernan. Her previous books were set in Ireland and focused on detective Cormac Reilly and I enjoyed them (see my review of The Good Turn). To my surprise, this is set in the United States and seems to include an error that is minor but annoying. The protagonist attended the University of Maine as an undergraduate and for law school, stating this was so she could live at home in Orono. In fact, Maine’s law school is not on the Orono campus; it is in Portland, at least two hours away. It would not be impossible to commute (it often took me two hours to get home from my law school, twenty-five miles away, but Hannah does not appear to have a car. The bus takes three hours. This is one of the dangers of setting a book outside your own familiar country.
I like mysteries better than psychological suspense but it sounds intriguing:

Second Rule: Make them need you.

They think I’m a young, idealistic law student, that I’m passionate about reforming a corrupt and brutal system.

They think I’m working hard to impress them.

They think I’m here to save an innocent man on death row.

They're wrong. I’m going to bury him.

The Murder Rule is being compared to books by Ruth Ware. Coincidentally, I have been listening to Ware’s The Woman in Cabin 10 (2016) about a travel writer Laura Blacklock, who is on a cruise when the woman in the cabin next door disappears. But everyone on board the ship tells her the cabin was empty . . . 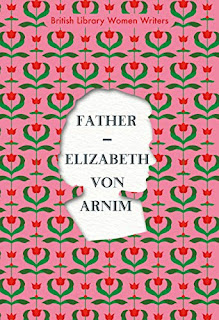 I recently read Father by Elizabeth von Arnim (1931), better known for Enchanted April. It’s about a dutiful woman in her 30s who acts as secretary for her arrogant and ungrateful father until he suddenly remarries someone younger than she. Taking advantage of her sudden freedom, she rents a cottage in the country where she encounters two clergymen – one who unreasonably despises her and one who considers her his only friend. The book was extremely amusing and it's back in print from the British Library Women Writers imprint. 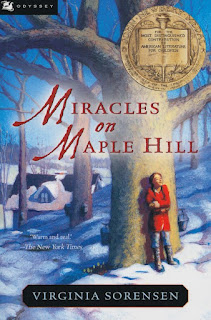 I also just finished Miracles on Maple Hill by Virginia Sorensen (1956) with the Betsy-Tacy group. Actually, I fell behind because I originally had an ebook that kept going back to the library electronically. When I finally got a hardcover from the library, I was able to concentrate on the 1957 Newbery award winner. Marly’s father has not been the same since he returned from WWII – he is irritable and objects to the noise she and her brother make. A move to a small farm in rural Pennsylvania that belonged to his wife’s family and assuming the resulting responsibilities helps him heal and restores the family to happiness. We assume the judges selected this because treatment of PTSD and mental illness was rarely covered in fiction of that era.

I have a long plane trip coming up and several books already downloaded to enjoy:

Book Lover by Emily Henry. While on vacation with her sister in North Carolina, literary agent Nora keeps bumping into Charlie Lastra, an editor she knows from New York and finds very annoying. 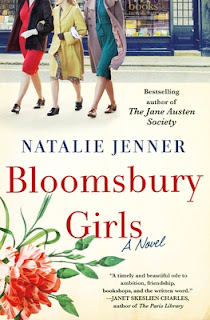 Bloomsbury Girls by Natalie Jenner. Set in a London bookstore after WWII, this is about three young women with a complex web of relationships and goals interacting with various literary figures of the time - Daphne Du Maurier, Ellen Doubleday, Sonia Blair (widow of George Orwell), Samuel Beckett, Peggy Guggenheim, and others.
Both are by authors who have written other, well-received books that I have not yet read.
Posted by CLM

Hmm, I didn't realise what The Woman in Cabin Ten was about, sounds good so I'll look into that more closely. I also want to read Father at some stage. Hope your flight goes well!

If the heroine hadn't spent the whole book saying, "I wish my head didn't hurt so much, I can't think," I would have found this book less annoying. It did not have the charm of the Hitchcock movie, The Lady Vanishes. Also, if you suffered from anxiety, would you really bring The Bell Jar with you as your reading material on a cruise?

I am getting very excited about my trip but there is so much to do before I leave!