I Know You Know (Book Review) 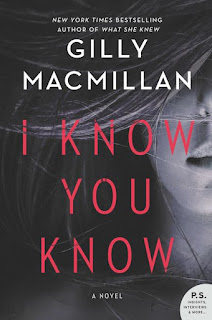 Plot: Twenty years ago, eleven-year-old Charlie Paige and Scott Ashby were murdered in the city of Bristol, their bodies dumped near a dog racing track. A man was convicted of the brutal crime, but decades later, some believe he was innocent.

Since childhood, Cody Swift has been haunted by the deaths of his childhood best friends. The loose ends of the police investigation consume him so much that he decides to return to Bristol in search of answers. Hoping to uncover new evidence, and to encourage those who may be keeping long-buried secrets to speak up, Cody starts a podcast to record his findings. But there are many people who don’t want the case—along with old wounds—reopened so many years after the tragedy, especially Charlie’s mother, Jess, who decides to take matters into her own hands.

When a long-dead body is found in the same location the boys were left decades before, the disturbing discovery launches another murder investigation. Now Detective John Fletcher, the investigator on the original case, is asked to reopen his dusty files and decide if the two murders are linked. With his career at risk, the clock is ticking and lives are in jeopardy…

My Impressions: Gilly Macmillan is an author I have been meaning to read so I was pleased at the opportunity to review her new book. This is a dark mystery about the murder of two children twenty years ago and the present day discovery of another body in the same location, and the connections between them.  Macmillan delivers a number of twists and crafts vivid and complex characters – although some were hard to like. The most interesting were Jess, the one-time single mother of one of the murdered boys, who has rebuilt her life and has the most to lose if the case is reopened, and John Fletcher, the detective who thinks he is smarter than anyone else.  Jess clearly made some mistakes as a young mother but is portrayed with some sympathy although she continues to make poor choices.  Some of the story is told in podcasts which was a key element of the plot but seemed too gimmicky to me (maybe I would feel differently if I had succumbed to the podcast craze).  Also, at times, I found the plot hard to follow as the author moved back and forth from past to present but it was a fast-paced and entertaining read.