When the Men Were Gone (Book Review) 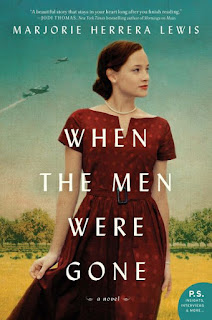 Plot: Football is an important part of the community in Brownwood, Texas, as it is in many small towns. Tylene Wilson became a football fan as a child, attending games with her father and drawing up plays for fun. Now, as an Assistant Principal at the high school, she has seen too many of the town’s young men go off to fight in WWII without returning, including the football coach. Determined that the seniors will get to enjoy their last season, Tylene takes on the role of head football coach but encounters unexpected hostility from people she’s known her whole life. Can she get the team behind her and make it to the first game of the season? 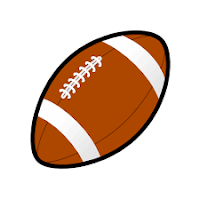 My Impressions: Based on a true story, this is a warm and affectionate portrayal of a small town with all its quirks. Brownwood is the kind of place where everyone turns out for the funeral of the former football coach but where some of Tylene’s closest friends will shun her when she tries to help preserve the football season. I especially liked the descriptions of Tylene’s childhood: the time she spent with her father learning about football and going to games with him, regardless of weather, and was surprised by the revelation that he had not been a diehard fan but rather had turned himself into a fan for his child (I was reminded of Jeremy Lin’s father, Gie-Ming, who had not played in Taiwan but, after arriving at Purdue for graduate school, taught himself the game so he could help his children learn the sport). I also enjoyed the description of determined teenage Tylene applying for a bookkeeping job at her future husband’s auto body shop – he was the perfect foil for her: loyal and thoughtful. This was an enjoyable read although I would have liked the book to cover the whole season, not just the first game.

Source: I was provided a copy of this book by the publisher and TLC Book Tours for review purposes. You can visit other stops on the tour and read those reviews by clicking below: