Before She Was Helen by Caroline B. Cooney - now writing suspense for adults! 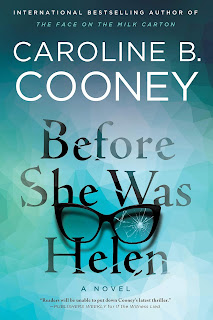 Plot: When Clemmie goes next door to check on the wellbeing of her difficult neighbor Dom, he isn’t there.  But something else is.  Something unexpectedly stunning and beautiful.  Clemmie snaps a picture on her cell phone and makes the terrible mistake of forwarding it.  As the picture goes viral, Clemmie tries desperately to keep a grip on her own personal network of secrets.  Can fifty years of carefully hiding under names not her own be ruined by one impulsive text?
And although what Clemmie finds is a work of art, what the police find is a body – in a place where Clemmie wasn’t supposed to be, and where she left her fingerprints.  And now other people start looking for Clemmie as well.  Suddenly, the bland quiet life Clemmie built for herself in a sleepy retirement community is at risk of crashing down as her dark past surges into the present.


My Impressions: Who knew that Caroline Cooney, author of the beloved Face on the Milk Carton series, had started writing adult suspense?  You can see that it makes sense: the devoted fans who were teens in 1990 when Janie Johnson made her first appearance have grown up. I was not a teen then but had just got my first job in publishing as a Fellow at Bantam Doubleday Dell and thought I would wind up in children’s editorial.  I tried to ingratiate myself with Caroline Cooney’s editor, who was too busy to pay much attention to me but did give me a few manuscripts to read, of which this was one, right before it came out.   I was hooked immediately, although I still couldn’t get Beverly to remember my name or give me a job.  I wound up in the sales department which may have been a better use of my degree.

I came across this ARC at Midwinter ALA, a conference for librarians in Philadelphia in February, saw the author’s name and snatched it happily without even looking at the description.  Later, I was unsure a retirement community in South Carolina was a sufficiently riveting setting, so did not read it right away but I should have remembered that Cooney’s trademark combination of humor and realism would immediately capture my interest.  Clemmie may be a senior citizen but the situation she finds herself in feels universal – an impulsive picture taken on a cell phone that is shared with the wrong person – although the result is not usually murder.   In some of Cooney’s books, the crimes are violent but take place at a distance or seem unreal.  Here, what happened in the past not only seems disturbingly vivid but arouses anger in the reader that makes her root for Clemmie’s happiness, not to mention that she avoid being killed by any bad guys.

Cooney hasn’t lost a step since I last read one of her books and after checking her website (which notes that like Clemmie, she has moved to South Carolina; I doubt she is liking the politics there) I see there are a few I missed.   In addition to the Janie series, another of my favorite Cooneys is The Party’s Over, about a teen who does not go to college after finishing high school, which fans of Emily of Deep Valley would enjoy. 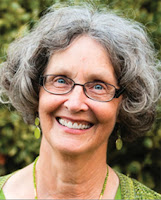 Coincidence:  Cooney was born in Geneva, NY, which is where the heroines of Emmy Keeps a Promise, a recent review, are from.  Throughout the book, snobs keep assuming they mean Switzerland and both Arabel and Emmy get tired of saying they are from upstate New York.   Manhattanites still have a tendency to think their part of the state is the only part, as demonstrated on one of Governor Cuomo’s recent press conferences.

Source: I received an advance reading copy of this book from the publisher for review purposes.   It has now been moved from May to September 2020 but you can still preorder or request your library to purchase it.

The thing that sticks with me most about this was a random comment after Clemmie's hand is cut when she is being held hostage. She claims she cut it on a can, because you always tell yourself "I am NOT going to cut myself" and then you do. I think of this every time I open a can now! Loved this one.