It’s time for #6degrees, inspired by Kate at Books Are My Favourite and Best. We all start at the same place as other readers, add six books, and see where we end up. This month’s starting point is Hamnet by Maggie O’Farrell, a book about Shakespeare's son that has been widely recognized as one of the best books of 2020. I decided to buy it for my sister for Christmas and called the bookstore to ask them to hold it for me (“You want the book with the feather on the cover?” asked the guy on the phone dubiously). There wasn’t time to finish it before I had to mail it to New York (and it still didn’t get there for Christmas – boo!) but I liked what I read and am now on the reserve list at the library. 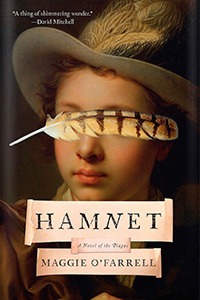 I first learned about Hamnet in Ngaio Marsh's Killer Dolphin, aka Death at the Dolphin (1966), in which a glove reputed to have belonged to Shakespeare’s son has inspired a play. Chief-Superintendent Alleyn is called in to solve the inevitable murder. My favorite books in this series are those set at the theatre. 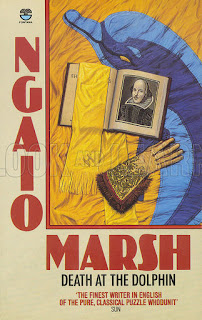 Shakespeare also appears in Cue for Treason (1940), befriending two young runaways who become boy actors, at first on the road and later in London. The story is set in Elizabethan England at the end of the 16th century and is the best-known children's historical novel written by Geoffrey Trease, a favorite author in my family.  I read recently that Farah Mendelsohn is writing a book about him. 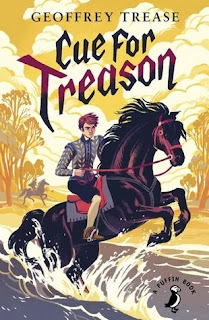 My third book is The Player's Boy by Antonia Forest (1970).  As a 16th century History and Literature major, I have spent a lot of time in this century, both before and after my four years in college, but the average reader probably is unaware of exactly how many fictional boys in that era set off for London and run into our friend William Shakespeare (similarly, everyone in Bridgerton is a titled member of society!) Forest is better known for her series about twins Nicola and Lawrie Marlow but she became interested in their ancestors and went back to write about their ancestor, Nicholas Marlow, who leaves home in 1593, hoping to make his fortune in London with Christopher Marlowe and William Shakespeare. 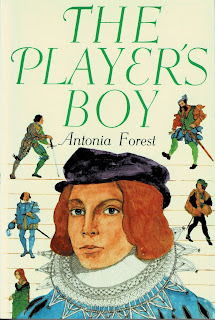 [Nicholas’] song ended and there was a silence.

"Certainly he can sing,” said Will at last. “May I learn what else he can do? Apart from singing, he must learn to dance, to be something of an acrobat, to play some instrument, and of course, to speak, but since he’s been at the grammar, he should know something of that . . . If I hesitate, it’s only because I think the life we’re leading just now is too hard for so young a boy – I’d not take my own son with me as things are.”

If you can’t hang with Marlowe and Shakespeare in person, why not track down priceless 16th century manuscripts? In Interred With Their Bones by Jennifer Lee Carrell (2007), Shakespeare scholar Kate Stanley is on a high-stakes treasure hunt trying to solve a tantalizing string of clues hidden in the words of Shakespeare, while avoiding a killer.
I enjoyed this book, which includes a memorable chase scene at Harvard’s Widener Library where I spent many hours as an undergraduate (and once got locked in – fortunately, there were no killers breaking into the stacks that night). If you like literary thrillers, give it a try! 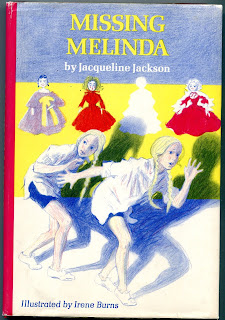 There are a lot of enthusiastic Shakespeare scholars in fiction and in Missing Melinda by Jacqueline Wilson (1967), one names his daughters Ophelia and Cordelia after his favorite heroines. The twins become involved in a mystery when they find a valuable antique doll in the attic of their new home. This was in my childhood library and I checked it out frequently, enjoying the many quotes from the Bard long before I had read his work.

Depending on the execution, a retelling of Shakespeare may “captivate the ear strangely.” There have been a number of YA retellings lately but one of my favorites is older, Something’s Rotten in the State of Maryland by Laura A. Sonnenmark (1990). In this amusing story, a mediocre student rewrites Hamlet for a school assignment and finds her unexpected masterpiece being produced by the high school drama club. This provides her with a chance to step out from her boyfriend’s shadow and be true to her own-self with friends who share her interests. 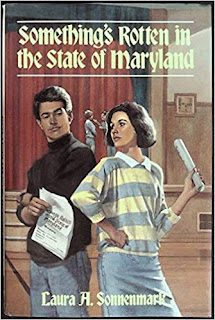 See how I linked 16th century theatre to modern-day academic treasure hunts to antique dolls to high school drama (on and off the stage).  Next month (February 6, 2021), we’ll start with Anne Tyler’s latest novel, Redhead By the Side of the Road.

Please share your link if you did #6Degrees too or join in next month!

HA! Back to Hamlet. Good for you!

Some of us deliberately steered away from the Shakespeare links but I'm glad you've fully embraced them!

Apart from Hamnet, I haven't read any of the books in your chain, although I would like to read the one by Ngaio Marsh as I've enjoyed the little I've read by her so far. The Player's Boy and Cue for Treason both sound like great children's books!

How do you manage to remember snippets about Shakespeare from older books? I have to always wrack my brains to recall the connections!
Glad also that your chain starts off with Ngaio Marsh -- a series that I hope to start soon for the latest Cloak and Dagger Mystery Reading Challenge. There's also an older TV show on this series that I want to start -- wondering if you've seen it?

Some of the books I own so could go check and some were fairly recent reads (although sometimes it feels more recent than it was) but occasionally I have to Google to remember. I am glad a friend in 2001 mentioned that she kept a reading log so I started doing so around then!

Cloak and Dagger Mystery Reading Challenge sounds right up my alley - except my resolution is to read more of the books in piles on the floor. I wonder if these can be combined! I haven't seen a Marsh series and with the next semester of grad school starting later this month, I don't think there is much TV in my future and yet I am intrigued!

Cue for Treason I read as a child but probably more than once, as it was an adventure story in which there was a strong female character, plus my mother loves Trease. I didn't find Antonia Forest until I was an adult but there is no doubt she would have been one of my favorites had I known about her.

I think Death at the Dolphin and Marsh's other theatre based books are definitely her best. Your links all sound interesting.

I am hoping to join in on this meme next month. It has been over a year since I did one, I think. You certainly covered a variety of books in your chain, while sticking to some link with Shakespeare. Good for you.

I have read about half of Marsh's books and have more of them to read (or reread?). The last one I read was Night at the Vulcan.