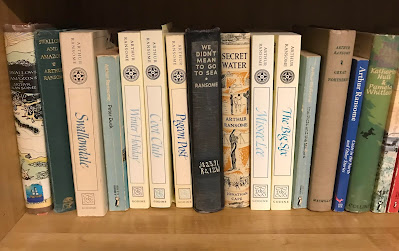 I am currently reading What Angels Fear: A Sebastian St. Cyr Mystery by C.S. Harris (2005).  This is a historical mystery series starring a brilliant young nobleman shattered by his experiences in the Napoleonic Wars.  At the last Betsy-Tacy party before the pandemic, my friend Michele gave me several she had finished, which was great because I had been meaning to read this series for a long time and must have accidentally given away my copy of this first book. I can tell I will want to start the next book immediately. 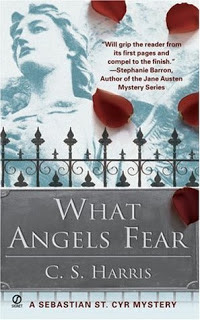 I just finished Mazie by Melanie Crowder (2021) after reading an enthusiastic review at Ms. Yingling Reads.  It’s a YA novel about a girl from Nebraska who is determined to make it on Broadway but acutely misses the friends and family she left behind.   I recommend it to those who love coming-of-age stories and/or the theatre. 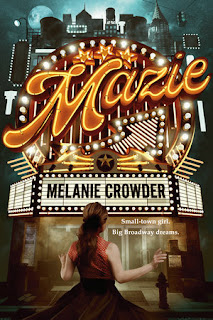 Another book read recently is So Young a Queen by Lois Mills (1961). I am not sure where I picked up this fictionalized story of fourteenth-century Hungarian princess Jadwiga, daughter of King Louis the Great and Queen Elizabeth.  Unusually for the time, she and her sister received a classical education, and Jadwiga is betrothed to the heir to the throne of Austria.  Instead, after her father dies, she is sent to Krakow to become Queen of Poland (Zadok the Priest is played at her coronation; I didn’t know it had such a long tradition) and forced into marriage with the pagan chief Jagiello of Lithuania, who promises to make his country Catholic as part of the wedding terms.  Her priests think this bargain is a good one for the realm’s safety, plus saves the souls of everyone in Lithuania.  As my Trademark professor used to say, Who’s not happy?  Jadwiga’s fiancé, but no one cares except the unfortunate couple.   Jadwiga has to tame Jagiello (not so much fun in real life as in fiction) and teach him to follow a legal and moral code.  Later she defies enemies of Poland and builds up the University of Krakow to take its place as a seat of learning. 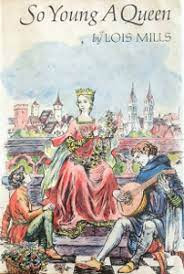 Next up is Madame Fourcade's Secret War by Lynne Olson (2019) about the woman who led the largest spy network in occupied France during World War II.  I have really become an evangelist for Olson's Citizens of London, so persuaded my book group to read this for May, although I know I said was growing weary of WWII books and was going to avoid them for a while. 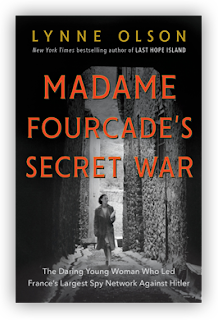 Other news:  I know we think of him as permanently residing at the Lake District but Arthur Ransome is getting a Blue Plaque at what was once his Chelsea home in London!  My mother introduced me to the Swallows & Amazons books long ago and you can see her original green hardcover in the picture above.  This shelf includes two American first editions but that attractive copy of Secret Water is just a replica I found at the Strand when I lived in NYC.
The Far-Distant Oxus lives next to the Ransomes because I know it would make the authors happy . . .
Posted by CLM

Oh The Far Distant Oxus, you're reminding me I need to pick up a copy as I loved it as a youngster. I have a full set of Ransomes, too, the first thing I read after my English degree!

I'm reading Because Internet, about English language and the Internet, and Field Work, about British farming, at the moment.

I am interested in What Angels Fear. My husband recommended that to me a while back. Years ago. He has not read it but he though I might be interested. I am now more into that type of story than I was then.

I love the cover of Mazie, with the lovely theater marquee.

My local library has Last Hope Island by Lynne Olson which sounds like it might be interesting but doesn't have Madame Fourcade's Secret War - yet. I've not read The Far Distant Oxus, but I do have all the Ransome books in various editions.

Fun post. Loved seeing all your Arthur Ransome books all lined up. I read several as an adult but for some reason I never picked them up as a child when I saw them in the library. I was more deeply into C.S. Lewis and Enid Blyton.

So Young a Queen looks interesting because it deals with a period in history (or country) that I know very little about. And because I am lately into middle grade fiction. I am going to have to check whether there's any ebook for this one. Thanks!

Lynne Olson is a great author. Katrina, I haven't read Last Hope Island but it is interesting to think about how she has researched and written about World War II from different perspectives. On one trip to London when I was with my brother, we met up with some friends of his who were working at the London Embassy and when I brought up Citizens of London, they told me the ambassador had so loved the book he got everyone at the Embassy to read it and Ms. Olson came in to talk to them about it.

For anyone who doesn't know the story, The Far Distant Oxus was written by two teenage girls who loved Ransome's books. They sent it to him and he was impressed and gave it to his agent or publisher and it was published. Lyzzy, I remember enjoying it but got it as an adult, which does make a difference. While I enjoyed Ransome enough to reread more than once, I could not get the next generation to read him at all. I tried reading aloud and I tried gifting copies of Swallows & Amazons.

Tracy, What Angels Fear, was good if somewhat predictable. One problem was that the minor characters were hard to keep straight. When the bad guy revealed himself, I had forgotten who he was! However, I am sure I will read more of the series, particularly as I have several upstairs.

Lex, So Young a Queen was syrupy sweet and written for a Sunday School audience but it was interesting exactly for the reason you state - because it is such a little-known period. I was going to send my copy to the Polish Embassy in DC but decided instead to send it to the de Grummond Collection of children's books.

Love those Arthur Ransome books. I own all of them and even double copies. I hope to read one this summer. Thanks for sharing yours!