It’s time for #6degrees, inspired by Kate at Books Are My Favourite and Best. We all start at the same place, add six books, and see where we end up.   This month’s starting point is Shuggie Bain by Douglas Stuart, which won the 2020 Booker Prize. 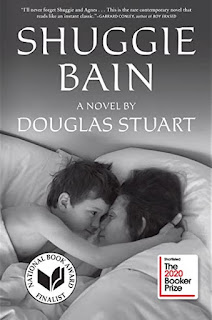 First Degree
Shuggie Bain is about a boy and his alcoholic mother, living in poverty in public housing in Scotland.  It sounds like one of those depressing-but-ultimately-uplifting books I tend to avoid (although my book group usually reads every Booker winner), but it also reminded me of All of a Kind Family (1951), a beloved series about a poor but happy family of five daughters living in the tenements of New York’s Lower East Side. 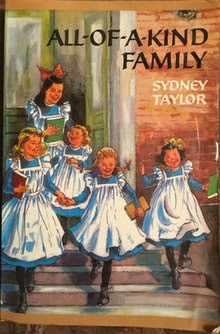 Second Degree
Eventually, the AOKF family included a boy, which made me think of another family that started out with five sisters and one brother.  Dark Quartet (1976) is Lynne Reid Banks’ novel about the Brontë family.  I had forgotten the two eldest sisters died of tuberculosis, after attending a school for poor clergy daughters that inspired Lowood in Jane Eyre! 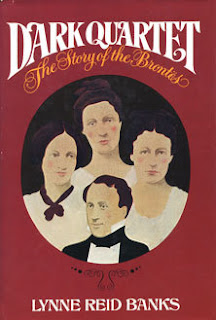 Third Degree
I own Dark Quartet: The Story of the Brontës but have not read the entire book.  However, my favorite book by Banks is My Darling Villain (1977) a YA novel set in England that was in my childhood library about Kate, a middle-class girl who falls for a boy from a working-class family.  I got to meet Banks when I was working for Avon Books, which published The Indian in the Cupboard books; she was quite surprised to meet a fan of her other books! 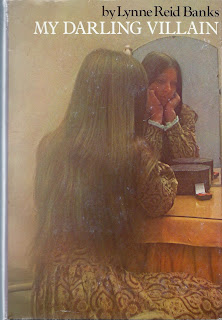 Fourth Degree
Kate's father is an actor in a television series. In Starring Peter and Leigh (1979) my favorite book by Susan Beth Pfeffer, Leigh is a TV star who decides to retire, go to high school and live a normal life when her mother remarries.  She needs help from her new stepbrother Peter on the normal part!   Their relationship is very charming. 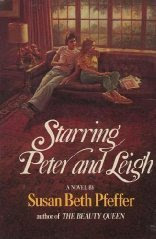 Fifth Degree
A new friend just told me about her visit to Beatrix Potter’s home in England, so Peter Rabbit (1901) is my unexpected fifth; it is Easter, after all.   It is really the only one of Potter’s books my mother read to me but I still have that falling apart little volume.  You can visit Hill Top Farm with Susan Branch. 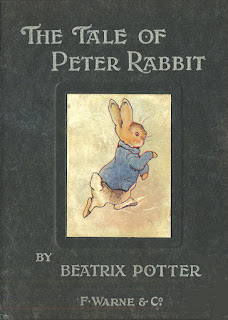 Down the Rabbit Hole by Peter Abrahams (2005) naturally follows as my sixth.  It is the first in a middle-grade mystery series, set in a rural town I assume is in Massachusetts.  Thirteen-year-old Ingrid is a surprisingly normal heroine/sleuth who plays soccer, is interested in drama, has braces, and solves mysteries the local police cannot. This is a good series for junior crime readers, although I think by the time I was 13 I was reading Agatha Christie, weren’t you? 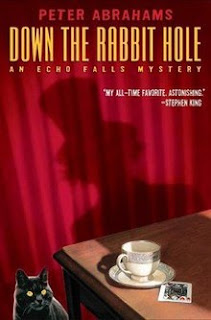 See how I linked Glasgow’s slums to murder in rural Massachusetts, with a stop in the Lake District to visit Beatrix Potter along the way!  Have you read any of these?  Kate says that in honor of the wonderful Beverly Cleary (who has gone to the great library in the sky), we’ll begin next month’s chain (May 1, 2021) with Beezus and Ramona.
Posted by CLM

Yes, I read the synopsis for Shuggie Bain and realised that it was kind of book I generally avoid like the plague too. On the other hand your other books sound delightful, especially All of a Kind Family. And I'm wondering if, when I've finished with Jane Austen, I may move on to The Bronte sisters. Although they are a different kettle of fish, I would like to read some of the lesser known Bronte books such as The Tenant of Wildfell Hall, Agnes Grey, Villette. The girls' mother was from Penzance like me so I do have a very tiny connection.

One thing I regret on our one and only visit to The Lake District some 30 years ago was that we didn't go to Beatrix Potter's home. We stopped, looked at the queues, and moved on. These days I would find out when it's quieter and go then.

Nice chain. From a depressing read about a family you moved to more uplifting stories.

I love the Brontes and really enjoyed Dark Quartet, although I still haven't read the sequel, Path to the Silent Country, or anything else by Lynne Reid Banks. I'll have to try My Darling Villain one day.

I really like Lynne Reid Banks but haven't read that one. I liked The Indian in the Cupboard though. We went to visit Beatrix Potter's home a few years ago and it was shut - on a Friday, we'll give it a go some other time, when we're allowed to travel. I intend to read Shuggie Bain at some point.

I've read both Shuggie Bain and An All Kind of Family and would not have made that connection! I loved the Sydney Taylor books as a kid. Shuggie I admired more than I loved. It really made me understand the helplessness of being a child of an alcoholic parent...very immersive, but not a pleasant feeling.

I can't be sure, but that All of a Kind Family sounds familiar. Great chain!

I don't do this meme but I love reading all the chains, yours included!

How lovely, the great library in the sky, that does sound like heaven. Thanks very much for visiting my blog, I love to have comments from people I don't know but would very much like to meet in real life. Interesting chain idea.

"... by the time I was 13 I was reading Agatha Christie, weren’t you?" Yes, yes, so was I. :-) Thanks for drawing the chain through some wonderfully uplifting books. All of a Kind Family looks like the perfect feel-good book, similar to Little Women perhaps? I am going to look it up. ~Lex

Oh, lucky you getting to meet her! I loved her L-Shaped Room Trilogy (and the Indian in the Cupboard books, of course) but haven't read any others yet...
I was definitely reading Agatha Christie at 13, all my grandmother's copies! Funny, right now I'm in the middle of my Great Agatha Christie Reread!