I came across an interesting article, Daphne du Maurier’s Mary Anne: Rewriting the Regency Romance as Feminist History, by Katherine Turner, and decided it was perfect for Daphne du Maurier Reading Week despite my not having time to read Mary Anne (1954).

Turner describes how du Maurier based this novel on her great-great grandmother (c. 1776–1852), who was the mistress of the Duke of York and involved in a huge scandal for selling army commissions, promotions, and transfers.  It followed two earlier family memoirs, a biography of her father, Gerald, and a book on the 19th century du Mauriers.  However, reception of Mary Anne was unenthusiastic and sales low. My Cousin Rachel (1951) had been a huge success three years earlier but leaving edgy Cornwall to write about a courtesan was not what Daphne’s fans expected.  Daphne’s husband was also treasurer to the Duke of Edinburgh at this time it might not have been a diplomatic move to depict a royal ancestor in a negative light.

The author suggests, however, that this historical novel has value as a feminist work.  Although set in the timeframe familiar to Georgette Heyer fans like me, Mary Anne “rewrites the Regency era in thoroughly anti-romantic fashion, challenging twentieth century assumptions about gender and sexuality, authorship and authority, political power and virtue” (p. 55). Mary Anne Clarke cannot rely on a man for her happy ending and even when under the protection of the Duke of York, he did not pay all the bills, so is it her fault if she had to accept a few bribes?  When the promotions racket became public and the scandal embarrassing, the Duke of York abandoned her and Mary Anne was forced to testify before the House of Commons while facing financial ruin. It became very clear to those investigating that there was widespread corruption as to preferment and promotions depended on connections and bribery but, hypocritically, the male establishment was more concerned about the involvement of a notorious woman and upheld the Duke’s innocence without even interviewing him (because he was a peer, he could not be summoned to the three-week inquiry). 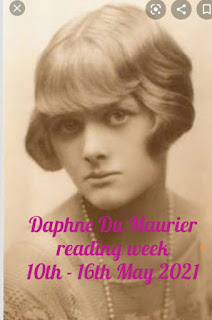 Mary Anne was considered beautiful, intelligent, and witty.  Abandoned by her royal lover and without the tiny annuity he had promised her, she sold her possessions and took various steps to support herself, including a memoir (1809) which she used to blackmail the married Duke and she received L10,000 in return for destroying the entire print run (one copy survived).  For a while she made influential friends, defended herself from attacks, and survived. However, she eventually went too far by publishing a libelous attack on someone who had insulted her during the scandal, she was sentenced to nine months in prison.  After being released she lived in France with her two daughters and died in poverty.  Her daughter Ellen married a Frenchman and was Gerald du Maurier’s grandmother. 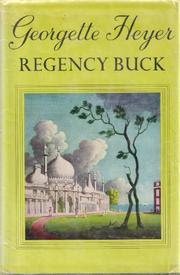 hile I am a huge admirer of Georgette Heyer’s Regency fiction, I cannot dispute Turner’s argument that her books are heavily romanticized and rarely mention the tawdry side of society (although Friday’s Child does include a discarded mistress with a child seeking financial support). Turner does not know if Daphne read Heyer (it seems unlikely) but she is sure Daphne knew of them and may have seen reviews.  Heyer alludes to Mary Anne in Regency Buck when the Duke of York is briefly mentioned as living quietly after the Clarke scandal.  Turner states that Mary Anne follows a morality tale trajectory, as her (brief) ascent to power and wealth is punished by years of disgrace and (worse) abject poverty (I was reminded of the Vivien Leigh movie about Emma Hamilton, which is told as a flashback from end of life distress) but points out there is a subversive message too – that the life of a courtesan provides luxurious pleasure (at least while it lasts) and is a form of career.  Mary Anne the character is also motivated by the need to support her children, which mitigates the idea that she might have enjoyed herself along the way!  I suspect I will still prefer Heyer for my visits to Regency England but next year, perhaps, I will read this novel for Daphne du Maurier Reading Week.

This sounds fascinating. Heyer's romances are definitely her own slightly surreal version of history, not to be taken too seriously. I'd love to see how du Maurier covers the same territory.

Nice post. I have only read one of Heyer's Regency romances, and not much by du Maurier either, but the topic is very interesting.