At Mass this morning, I noticed in the hymnal that the recessional, “Let All Things Now Living,” uses the tune of “The Ash Grove,” a Welsh folk tune, which made me start thinking about the Wales Readathon sponsored by Paula at Book Jotter. 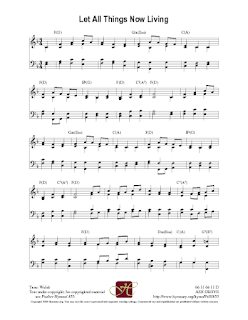 The first verse of the hymn is as follows:

Let all things now living a song of thanksgiving
To God the creator triumphantly raise.
Who fashioned and made us, protected and stayed us,
By guiding us on to the end of our days.
God’s banners are o'er us, Pure light goes before us,
A pillar of fire shining forth in the night.
Till shadows have vanished and darkness is banished
As forward we travel from light into light.

Katherine Kennicott Davis (1892-1980) who wrote these words in 1939, using the pseudonym of J. Cowley, was born in Missouri but studied music at nearby Wellesley College, class of 1914 (coincidentally, I had breakfast in Wellesley yesterday with friends, just a few blocks from the college), later studying at the New England Conservatory and in Paris with study with Nadia Boulanger. Davis taught singing and piano at private schools before devoting herself to musical composition - she wrote hundreds of pieces, including operas, cantatas, choruses, songs, and piano and organ music. Sadly, the best known is a song I could happily live without, one of the worst earworms imaginable, "The Little Drummer Boy," originally called "Carol of the Drum" (1941).   Most interestingly, Davis was a classmate of Harriet Stratemeyer Adams, an author responsible for many books of the Nancy Drew series.
For this hymn, she relied on the melody “The Ash Grove.”   It is interesting to me that it works as an upbeat hymn of Thanksgiving for Davis but with the lyrics below it has a melancholy theme of loss as the singer reflects on friends who are gone:
The ash grove, how graceful, how plainly ’tis speaking.
The harp thro’ it playing has language for me.
Whenever the light through its branches is breaking,
A host of kind faces is gazing on me.
The friends of my childhood again are before me;
Each step wakes a mem’ry as freely I roam;
With soft whispers laden, its leaves rustle o’er me,
The ash grove, the ash grove alone is my home.
My laughter is over, my step loses lightness,
Old countryside measures steal soft on my ears;
I only remember the past and its brightness,
The dear ones I mourn for again gather here.
From out of the shadows their loving looks greet me,
And wistfully searching the leafy green dome,
I find other faces fond bending to greet me,
The ash grove, the ash grove alone is my home.

The first verse of this version comes from 19th century English dramatist and translator John Oxenford. There are a number of different lyrics and some experts online opine that the tune goes back as far as the 16th century. The first known English language version of "The Ash Grove" was published in 1862, in Volume I of Welsh Melodies, with Welsh and English Poetry, compiled by the harpist John Thomas, with Welsh words by John Jones and English words by Thomas Oliphant. 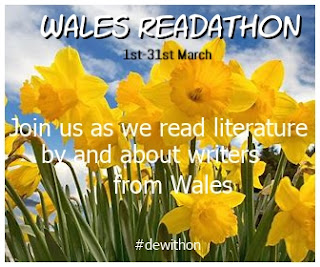 According to The Harvard Dictionary of Music:

In its abundant body of folk songs and its popular choral eisteddfod festivals, this bilingual region of the United Kingdom (a separate country until the English annexation in 1284) still manifests the rich song traditions of its Celtic and English musical ancestry. An important part of this ancestry is the heritage of the bards, pre-Christian and medieval Celtic minstrels who performed and competed at courts in Ireland and Wales, accompanying their poetry on the crwth (lyre) or telyn (harp). In the 18th century, Wesley-inspired Methodists began a tradition of hymns that is still strong. The medieval eisteddfods were reinstated during this period, primarily as choral contests, and the tradition has continued to grow. Today numerous local festivals complement the larger ones, most notably the National Eisteddfod, the Welsh League of Youth (Urdd) Eisteddfod, and the International Eisteddfod at Llangollen. Other significant festivals, including folk music, opera, and a variety of concerts, are at Cardiff, Swansea, and Fishguard [author’s note: I got as far as Cardiff on my last trip but the only music we heard was at St. Peter’s in Cardiff].

Native folk songs, ballads, carols, and penillion have continually been supplemented with English contributions from the south and east. Most Welsh folk songs are sung by solo voice and stay within a fairly narrow pitch range. Ballads and carols employ a wider range and freer rhyme and meter.

I had fun listening to several versions of the hymn and folk tune.  Of course, this is procrastination from graduate school homework . . .
References:

What fun! Thank you, Constance! 😀

The Ash Grove has been one of my all time favorites since 5th grade - a boy in my class sang the descant! Ethereal music!

We used to sing The Ash Grove in music when I was in school. I still know the tune and some of the words. I wonder if music is even a class anymore. We learned all the old songs like that, and The New Ashmolean Marching Society and Students Conservatory Band. I just looked it up and it was written by Mercer and Loesser.

It's funny how the hymn is very peppy and the folk song is very melancholy! It's partly the lyrics but it's also the delivery, Jeannike.

Nan, I swear I never heard of The New Ashmolean Marching Society And Students Conservatory Band but I found a Bing Crosby version that I am really enjoying:

Great post! I'm off to listen to the different versions.