Seven of my nineteen February books were rereads, a much higher percentage than usual; indicating some comfort reading, I suppose. Sometimes with Elizabeth Cadell and D.E. Stevenson, one can’t tell if it was read before until halfway through as both were prolific and the titles sometimes sound interchangeable even when the stories are distinctive.  But my favorite new-to-me read was Dead Wake by Erik Larson, the story of the Lusitania’s last voyage, which I highly recommend.

The Cardboard Crown by Martin Boyd – first in a quartet of historical novels set in Australia during the 19th and 20th centuries based on the author’s family and its secrets.  My review

Midnight in Everwood by M.A. Kuzniar – This is a retelling of the Nutcracker with a heroine who wants to dance professionally despite parents who insist she enter society.  I thought the author was aiming unsuccessfully for Eva Ibbotson-like enchantment.  My review 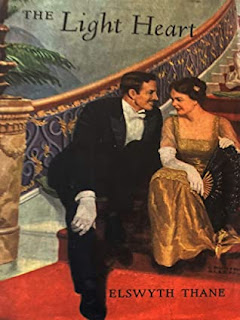 The Light Heart by Elswyth Thane – When Phoebe Sprague travels to London with her cousins, she expects her mind to be broadened but instead her heart is torn apart.  My review

Death of a Valentine by M.C. Beaton – Part of the author’s popular Hamish Macbeth series about a policeman in the Scottish Highlands.  Not a series I plan to continue!  My review

The Dark Hours by Michael Connelly – The brilliant fourth book in a new series about detective Renee Ballard who is unofficially partnering with the legendary Harry Bosch.   Four and a half stars. 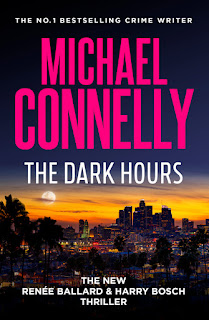 Death of a Cozy Writer by G.M. Malliet – When a bestselling author summons his adult children to say he is going to remarry, they are sure they are being disinherited.   It’s no wonder someone turns up dead! My review

The Good Turn by Dervla McTiernan – Detective Cormac Reilly moved to Galway from Dublin with his girlfriend Emma but his new colleagues have still not accepted him and he becomes convinced police corruption is involved.

Hello, Transcriber by Hannah Morrissey – Loved the concept of a protagonist who transcribes police reports and becomes caught up in a crime herself, but she was creepy and unlikable.

Come Be My Guest by Elizabeth Cadell – When Christine’s fiancee’s grandfather tells him to break their engagement because she doesn’t come from money, her parents take her to Portugal to distract her.   Unfortunately, James and his grandfather turn up in the same little town. 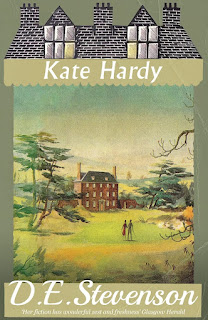 Kate Hardy by D.E. Stevenson – Richard Morven is surprised that someone would buy his Dower House sight unseen but when he meets novelist Kate Hardy he is very smitten and glad she did; however, he is married and all she was looking for is peace and quiet.  But maybe this is a novel about class?  My review.

Carrie’s War by Nina Bawden – Carrie and her little brother are evacuated during WWII and have difficulty adjusting to the rules imposed by their rigid shopkeeper who has taken them in.  My review.

Child Life Mystery-Adventure Book – A collection of stories from Child Life magazine, published in 1936.  I noted that Frances Cavanah, author of Jenny Lind and Her Listening Cat, was one of the editors and Constance Savery contributed a short story.  My review

Lisa and Lottie by Erich Kästner - Das doppelte Lottchen was the German inspiration for The Parent Trap.  It is about two girls, one from Munich and one from Vienna, who meet at summer camp, realize they are twins, and switch places so each can meet the parent she does not remember.  A fun group read with the Betsy-Tacy group! 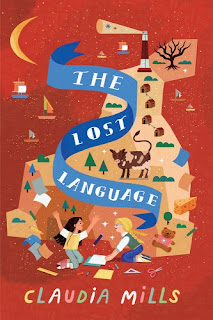 The Lost Language by Claudia Mills – Betsy and her domineering friend Lizard decide they will try to save a language, even though their efforts disappointingly interest no one but themselves.  As Betsy learns to stick up for herself they find out more about friendship.  These girls remind me of Ginger and Patty in Janet Lambert's books.

Prince Caspian by C.S. Lewis – A reread for Narniathon which helped me remember how much I like the book in which the four Pevensie children return to Narnia and help Caspian gain his throne.  My review

The Voyage of the Dawn Treader by C.S. Lewis – This time Edmund and Lucy, along with their cousin, Eustace Scrubb, travel to Narnia and join King Caspian on a magical trip to the Eastern Seas.  This expedition ends more happily than that of Dead Wake below!  My review 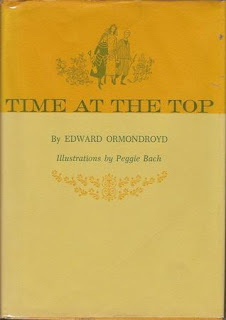 Time at the Top by Edward Ormondroyd – One Wednesday in March, late in the afternoon, Susan Shaw vanished from the Ward Street apartment house in which she lived with her father.  Isn’t that a great first sentence?  My review

Bluebird by Sharon Cameron –- Arriving in New York from Germany in 1946, seventeen-year-old Eva has a deadly mission: to find the Nazi who tried to destroy her.   This was the de Grummond Library’s February read. My review

Dead Wake by Erik Olson (audio) – It is not exaggerating to say that this book about the sinking of the Lusitania was absolutely enthralling.   Larson brings to life everyone involved in the tragedy from the passengers and crew to Woodrow Wilson, moping in the White House instead of joining the Allied Powers.  My review

What was your favorite February book?

Off the Blog:  I made a King Cake (pictured above) to celebrate Mardi Gras and as tribute to Frances Parkinson Keyes.  I didn't have colored sugar so used food coloring to add the yellow, green and purple decorations. The description of being half cake-half bread was quite accurate but the instructions about folding the dough around the filling did not work out so well.  A bundt pan covers a multitude of woes.
Posted by CLM

We used to watch the TV series of Hamish MacBeth and it was easy watching fun. I never tried the books but did try one of her Agatha Raisin books once, I think I managed 20 or so pages before giving up, the writing was too simplistic for my tastes sadly. You had a terrific reading month!

That's an amazing total for a short month!

I thought my 9 books read was good.
I'm looking forward to reading a couple more of the Dean Street Press D.E. Stevenson which the library have bought. Then I'll suggest they buy some more - fingers cross they will.

Nineteen books in a month, wow! I'm woefully behind on my reading stats this year, I blame the excess of great TV and movies, especially now that it's awards season. (Though tbh it's really social media). I do love Dean Street Press and just managed to snag a free e-copy of A Harp in Lowndes Square, there was a flash special. There are so many DSP books I want to read, I wish my library ordered them.

Dead Wake is one Erik Larson I haven't read yet, but my brother lent it to me and insisted I read it soon! Glad to hear you liked it.

I'm intrigued by the Michael Connelly series--I am always in the market for a good series.

The Cardboard Crown also appeals to me.

Love the look of your King Cake. I thought about making one this year as baking has become a thing in our house lately, but time got the better of me and I missed the window.

I read Death of a Cozy Writer and the 2nd in the series in 2011, I think. I liked both of them pretty well. Hello, Transcriber by Hannah Morrissey sounds interesting but I will wait and see whether I want to read it.

How brave of you to make a King Cake. It sounds very complicated. Half cake, half bread sounds good.

You had a busy February! I think I missed many of these reviews, so I have some catching up to do. But that bit on Dead Wake ("It is not exaggerating to say that this book about the sinking of the Lusitania was absolutely enthralling.") made me sit up and take notice -- I need to read that book!
~Lex (lexlingua.co)