Spell the Month in Books – September

Spell the Month in Books is hosted by Reviews From the Stacks and occurs on the second Saturday of each month or maybe a bit later! 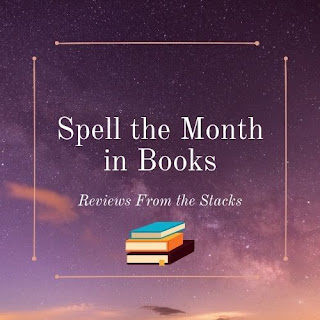 Here is my installment for September:

S – Starfish by Lisa Fipps (2011).  Told in verse about Ellie, who is tired of being fat-shamed by her family and classmates and tries to take control, not by dieting, but by learning to cope even when it hurts. 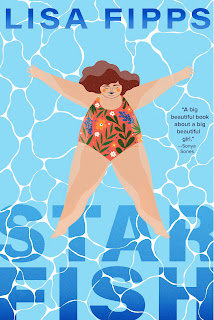 E – The Empty Nest by Elizabeth Cadell (1986).  After George and Stella’s youngest child is married and leaves home, they wonder how they will spend their time but a trip to Italy results in unexpected intrigue.

P – Prince Caspian by C.S. Lewis (1951). Caspian’s evil uncle has usurped the throne but Peter, Susan, Edmund and Lucy Pevensie appear to help him restore Narnia to its former glory.  My review. 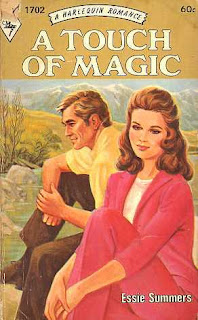 T – A Touch of Magic by Essie Summers (1973).  Lucinda is on a quest to locate her birth father in New Zealand but is distracted by a fake engagement with handsome Giles Logie when she arrives.  When I first read this as a teen, I did not understand that Lucinda’s calling him “Farmer Giles” was characterizing him as rustic or unsophisticated.  I just thought he was overly touchy!  There are a lot of misunderstandings in this story and Lucinda is far too self-righteous but it is still very entertaining.

E – The English Wife by Adrienne Chinn (2020).  This was an interesting dual timeline story that begins in WWII Britain and takes us to Newfoundland on 9/11.  My review.  Tracy at Bitter Tea and Mystery also read this recently.

M – The Midshipman and the Rajah by Marjorie Phillips (1964).  British orphan Tim signed on as a midshipman and is enjoying life on the sea when he learns his long-presumed dead father has just become an Indian rajah and is claiming him as heir.  My review. 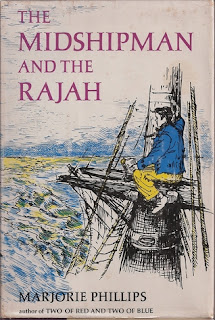 B – Battle Royal by Lucy Parker (2021).  A romantic comedy in which two rival chefs seek to bake a wedding cake for Britain’s most prominent young royal.  Parker is a fun new author from New Zealand.

E – Emeralds for the King by Constance Savery (1945).  Young Austin Farringdon is on a mission to find lost treasure to fund Charles I’s efforts to save his kingdom.  The complication?  The possibly mythical treasure is hidden at the home of Austin’s estranged older brothers.  My review.

R – Rebels and Traitors by Lindsey Davis (2009).  I have never got around to reading the author’s Roman mysteries but when I heard she had written a historical novel about the English Civil War I was excited.  It starts at the execution of King Charles I and does not get much more cheerful than that but I still liked it!  Interestingly, Davis’ interest in the period began when she saw a print of The Laughing Cavalier (which I visited in June) in her school classroom and was further developed when she read Rosemary Sutcliff's novels, including Simon (see my review). 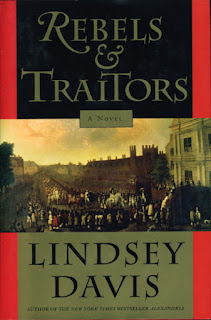 Have you read any of these?  You should spell the month in books too!
Posted by CLM

I haven't read any of the books or - except for C.S. Lewis - heard of any of the authors but you did a great job coming up with words for September.

What a fun bunch of titles for this month! Love your choices. :)

I did read and enjoy The English Wife, and I appreciate you sending me your copy to read. I still need to review it, since I read it for the Canadian Reading Challenge.

I do need to try to come up with a Spell the Month in Books post someday soon.

You always come up with such interesting choices for these things. I thought I hadn't read any of them but of course I have... I've read Prince Caspian! I've also heard of a couple of the authors, Elizabeth Cadell and Lindsey Davis, but have not read anything by them.

I thought of adding Touch of Magic to my TBR, then I saw this --"I just thought he was overly touchy!" And that made me laugh so much, because I think I've come across that particular trope before!

I too want to read the Roman empire mystery books by Lindsey Davis - I picked up Third Nero last year but still haven't managed to finish it, should get back to it.